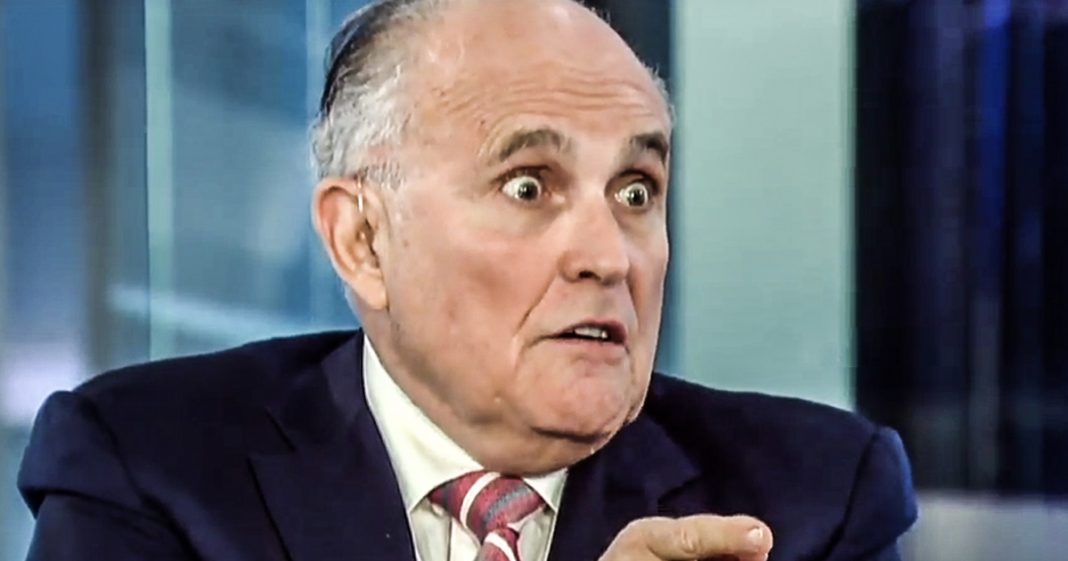 Rudy Giuliani, the newest member of Donald Trump’s legal team, has already made life so much worse for the President. On two separate appearances on Fox News this week, Giuliani accidentally admitted that Donald Trump and Michael Cohen committed crimes, forcing the President to attempt to Tweet his way out of it Thursday morning. Ring of Fire’s Farron Cousins discusses this.

On Wednesday evening, Rudy Giuliani, Donald Trump’s newest attorney, made his first televised appearance since joining Donald Trump’s legal team. In that Wednesday night Sean Hannity clip, Rudy Giuliani managed to admit three different times that Donald Trump actually did commit a crime. In true Fox News fashion, they gave him another chance Thursday morning on Fox & Friends to kind of walk back his statements, and instead, Giuliani once again admitted that, yeah, Donald Trump committed a crime.

Take a look at the Thursday morning appearance of Giuliani on Fox & Friends.

Rudi Giuliani:
And denied them. And denied them, and then said it wasn’t true. However, imagine if that came out on October 15th, 2016-

Rudi Giuliani:
… in the middle of the last debate with Hillary Clinton.

Rudi Giuliani:
Cohen didn’t even ask. Cohen made it go away. He did his job.

That’s right, folks. Donald Trump repaid his lawyer the $130,000 that the lawyer paid to Stormy Daniels to keep the affair quiet, and, and this is where the criminal activity part of it comes in, they did it because it was so close to the election that if it had come out at that time, it would have cost Donald Trump the election, thereby making this an in-kind contribution to the Donald Trump campaign.

As Democratic representative, Ted Lieu, pointed out this morning, there’s at least four different crimes that the President is now implicated in, and by his lawyer’s own admission, committed. Failure to disclose campaign contributions, contributing, contributing … excuse me … more than is legally allowed, falsifying financial data, and falsifying election related financial data.

That’s where we’re at right now, and again, I pointed out when Giuliani was appointed to the Trump legal team that this guy is a horrible lawyer, that he hadn’t done any real criminal defense stuff really ever, or at least in decades, and now, his first two televised appearances, he goes ahead and spills the bean that not only did, yeah, they paid her off because it was too close to the election, and they wanted to help the campaign, and two, Donald Trump paid him back for it.

Michael Avenatti, Stormy Daniels’ lawyer, came out shortly after. First of all, offered to send a gift basket to Rudy Giuliani, because this is just such great news for them, and second of all, said, “There is no way in hell, after Giuliani’s disastrous media appearances, that Donald Trump finishes his first term.” According to him, who actually appears to be a competent lawyer, unlike Donald Trump’s people, this revelation by Giuliani, on Fox News, of all places, could spell the end, and very likely will spell the end, of the entire Trump administration.