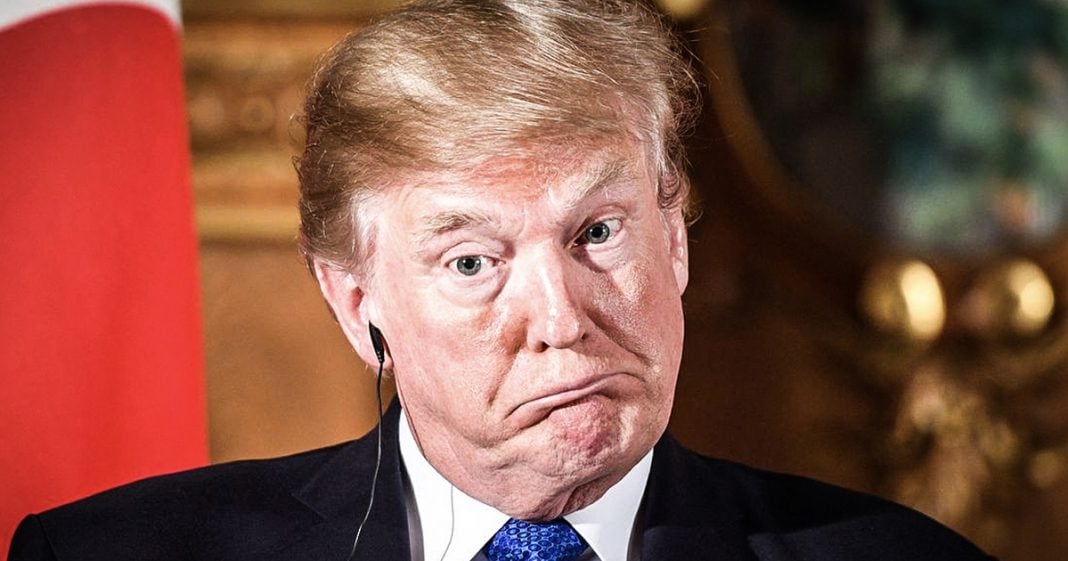 As of this week, Donald Trump has told more than 3,000 lies to the American public since being sworn in as President of the United States, setting a new record for both himself and the office of the Presidency. This amounts to roughly 6.5 lies per day, meaning that the frequency of the lies is increasing. Ring of Fire’s Farron Cousins discusses Trump’s lying problem, but also the problem of the supporters who blindly believe these lies.

If there is one thing that Donald Trump does better than any other president that came before him, it’s lying to the American. Just 466 days into his presidency, the Washington Post released a report showing that Donald Trump had lied more than 3,000 times in those first 466 days of his presidency. In fact, it was 3,001 lies that he had told to the public in those 466 days. More lies than any other president in recorded history for the United States of America. Another milestone for Trump. He is officially the most lying, dishonest president that this country has ever had. Those 3,001 lies, which at this point it’s actually more than 3,001, amount to 6.5 lies per day.

Now if you think back, you remember at the beginning of the year, we talked about the fact that Donald Trump had just surpassed 2,000 lies per day at that particular point in his presidency, which average I think about 5.4 lies per day. In the last 4 1/2, 5 months, Donald Trump has gone from lying 5 1/2 times per day to 6 1/2 times per day. The lying is actually getting worse at this point.

To make things so much worse here, that’s not even the bad part of the story. The bad part of the story is the fact that you have so many, and I’m going to call them this, and I’m not going to regret it, disgusting Donald Trump supporters out there in this country who don’t believe it. They think that this, the fact checkers, the people that go through, listen to what the president says, write it down, transcribe it, and then try to verify it, they think that those people are the liars; not Donald Trump. Not this man who gets up and lies to a 6 1/2 times every single day. No matter what he says or what he does, their support for him is not wavering. That is a very dangerous cult mentality that these Trump supporters have for the president of the United States.

This goes far beyond just supporting the US and being a patriot. No, no, no, no. This is falling in line with a cult, and that is exactly what these people have done.

There was a phenomenal book I had to read in college for one of my foreign policy classes. It’s called “The True Believer: Thoughts on the Nature of Mass Movements”. I encourage everybody to go; if you can get your hands on a copy of it, read that book, and tell me that everything you find in there doesn’t apply to Donald Trump supporters, because you’re going to find that it does, because that’s what’s happening. The president lying to us every day, multiple times a day is a big problem. The fact that we have millions of people in this country who refuse to accept the reality that their president is a constant liar, that is a bigger problem.