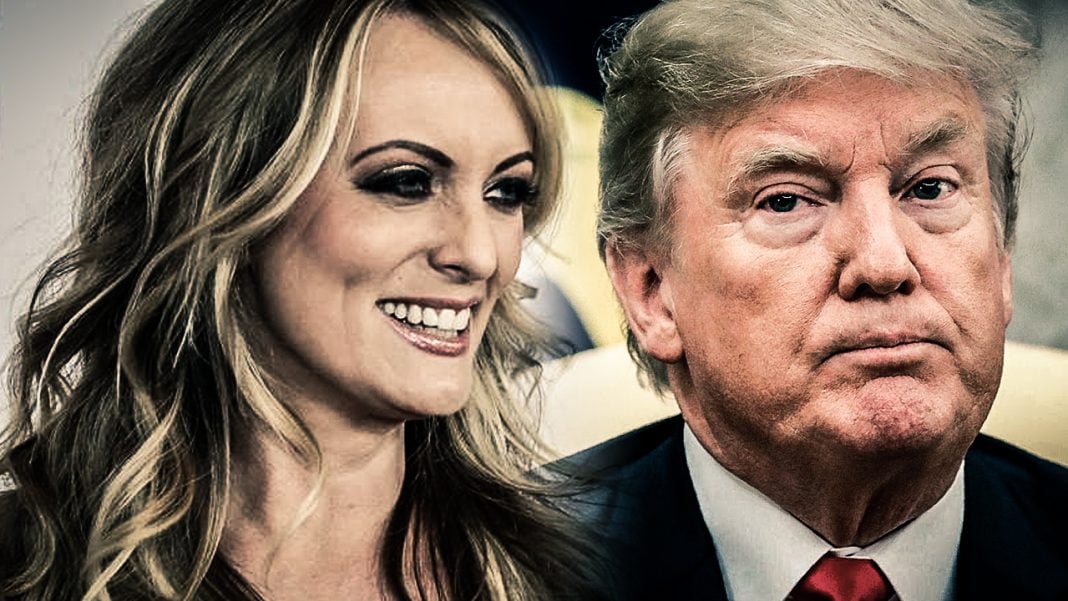 An adult film actress is suing the President of the United States for defamation over a Tweet. Seriously, read that sentence again. That’s the status of the United States of America in 2018. But Stormy Daniels certainly does appear to have a solid case against Donald Trump, and he should be very worried about what will come out during this lawsuit. Ring of Fire’s Farron Cousins discusses this.

Stephanie Clifford, who most people know by her adult film name, Stormy Daniels, is suing Donald Trump for defamation over an April 18th Twitter post where he said that this entire Stormy Daniels story was a con job being perpetrated by Daniels and her attorney.

Here’s the issue, and this is why this is gonna end pretty badly for Donald Trump. If this suit is allowed to go forward, which I have every faith and hope that it will, that means that Donald Trump is going to have to be called to testify or at the very least, deposed, as part of the discovery process here, as they ramp up for a trial. Hell, he may even be required to go sit in the court during the trial. But if he can’t prove that he didn’t have an affair with this woman, then his case has fallen apart and Stephanie Clifford wins.

In fact, I think Stephanie Clifford has pretty much already won, because if she didn’t have an affair with the president, why was she paid $130,000 of hush money from Donald Trump’s lawyer, who he just recently admitted was representing him in the Stormy Daniels case? Nothing makes sense coming from the president of the United States. However, everything that the adult film actress has said has been proven to be true so far. So that’s where we’re at as a country, as a nation. An adult film actress has more credibility and more knowledge of the law than the president of the United States. And right now, she is threatening to tank his entire presidency and this entire administration, and I hope that she is successful.