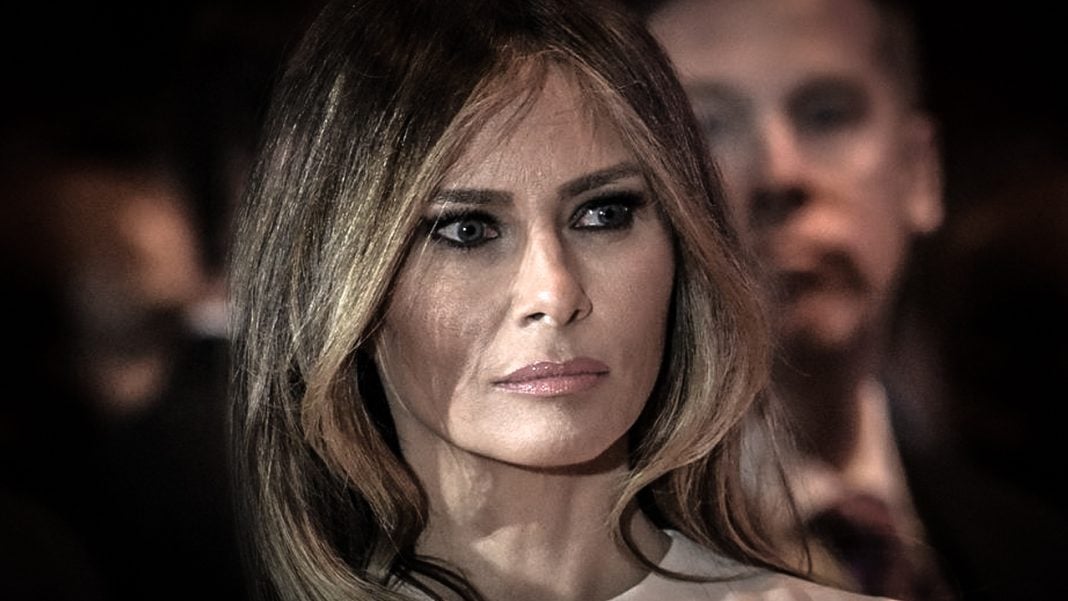 After meeting with the President and First Lady last week, French First Lady Brigitte Macron had some surprising things to say about Melania Trump. While most of the things she had to say were overly positive, she did mention the fact that Melania feels like a prisoner at the White House and is increasingly unhappy with her new life. Ring of Fire’s Farron Cousins discusses the possible reasons for this unhappiness.

Last week the president and first lady of France met with Donald Trump and Melania Trump at the White House. First some talks, they planted a tree that then later disappeared, only to be found out it had to go into quarantine, but something interesting actually did come of that meeting that a few people have talked about, and that is the fact that French first lady, Brigitte Macron, spoke with Melania Trump at length during their visit and afterwards she told the French press that Melania feels like a prisoner inside of the White House specifically due to the fact that Melania has to be careful what she says, she has to be careful what she wears, where she goes, who she’s with. She didn’t ever want this life underneath the spotlight and the public’s microscope.

To an extent this is relatable and understandable, and you almost have a little bit of sympathy for Melania here. However, past first ladies, Hillary Clinton, Barbara Bush, Laura Bush, Michelle Obama, they used that spotlight to their advantage. They brought important issues out there and worked to try to make this country a little bit better.

They didn’t run and hide. They used their newfound position of power to try to enact change here in the United States. I know Melania Trump has taken up her cyber bullying initiative, which is an honorable and admirable position. It’s an issue that needs to be addressed and something needs to be done about it, but she really hasn’t done anything at all about it.

I mean she met with some folks from Silicon Valley, but she hasn’t addressed the elephant in the room, which is both literally and figuratively her husband, who is one of the biggest cyber bullies in this country.

I can understand why she would feel like prisoner. Nothing she does has added up to anything. She’s constantly having to compare herself to past first ladies who actually managed to do good things while in office, and on top of that she’s also having to deal with the fact that countless women are coming forward accusing her husband of having affair with them. One of them actually suing the president right now for defamation and we can only expect even more to come out.

Again, to an extent I have some sympathy for Melania Trump, but at the same time she could be using this spotlight to do something great for this country, and instead she’s decided to sit by, be quiet, and let her husband become of the biggest jerks in the United States.