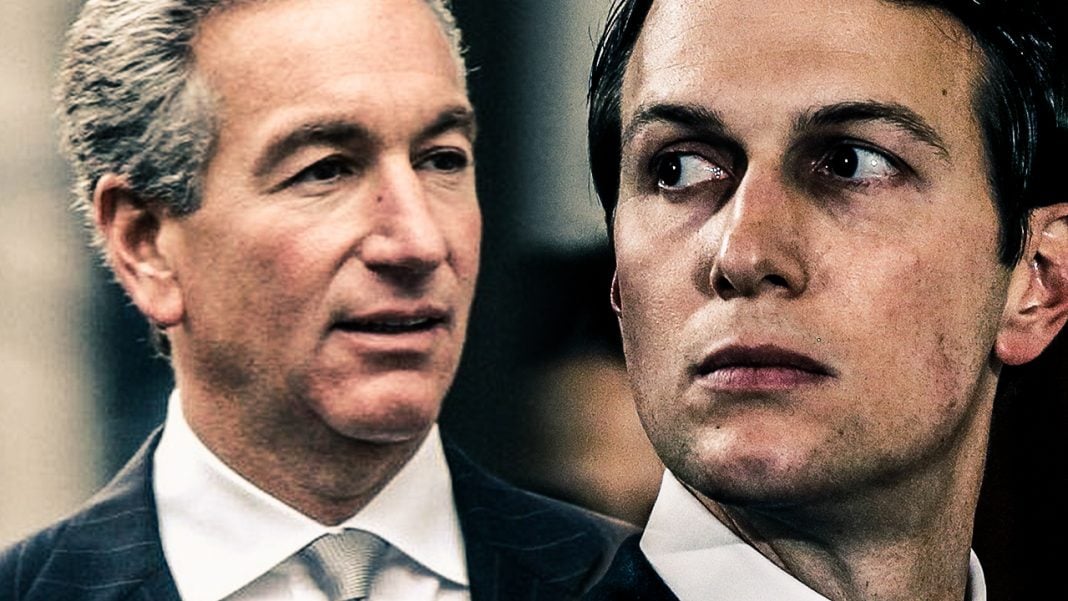 According to Jared Kushner’s father, Charlie Kushner, wants the public to know that he might actually be just as stupid as Jared. In a recent interview, Charlie (who happens to be an ex-convict) claimed that HE was actually behind some of those horrid business deals that Jared has taken the fall for, proving that he’s the dumbest of the Kushner bunch. Ring of Fire’s Farron Cousins discusses this.

It’s no secret that Jared Kushner is probably one of if not the most stupid person in the Trump administration. I mean when it comes to just sheer stupidity, few people have exhibited the kind of just carelessness and recklessness, and hopelessness that Jared Kushner embodies every single day.

But, according to his own father, Charlie Kushner. Jared is not the only idiot in that family. In a recent interview with CNN, Charlie Kushner said that some of the stupid things that Jared Kushner’s taking the blame for like the property they own at 666 5th Avenue, being a complete dump and not being able to sell it or find investors and it could tank the whole company. Yeah, Charlie says, “No, no, no, that was totally all me. I know Jared’s name is on everything and he’s the one that made all the decisions. But, no, no, no, I did that.” So, Jared’s not the only idiot in the family.

Which is good to know. I mean, it’s good to know that Jared Kushner is not some kind of genetic anomaly that makes him dumber than everybody else in his family. As it turns out, according to his father’s own admission, it comes from him. It’s from the father’s side. Stupidity, I guess, just runs in the family.

For what it’s worth, Charlie Kushner, Jared’s father is actually and ex-convict. The guy spent a couple of years in prison for among other things arranging prostitutes for, I’m not sure if it was friends or family, or clients. I believe it was family. So yeah, that’s the kind of guy that Jared’s father is.

But, you know what? As dumb as it sounds, to not listen to somebody when they’re telling you they’re stupid, like Charlie Kushner is now. I don’t believe him. I mean I believe that he’s dumb, don’t get me wrong about that. But, I don’t believe that what he’s saying about this particular piece of property was his fault.

I don’t think that he was behind the scenes pulling the strings on little Jared there. I think what he’s trying to do is take some of the heat off of his son, so that we stop focusing on all of the stupid things that Jared is doing on a near daily basis. Maybe start to look back and say, “Oh, no, no, no, Jared’s not completely idiotic, because his father’s the one who did this.” That’s not gonna fly.

Jared’s name is all over this piece of property. He’s admitted to making the decisions about it. You can’t come back later and try to revise the story just because you’re son’s taking heat from every investigative body that looks at him.

Jared Kushner is going down, and hopefully just like daddy before him, he’s gonna spend a few years in prison to think about all of the horrible things that he has done.