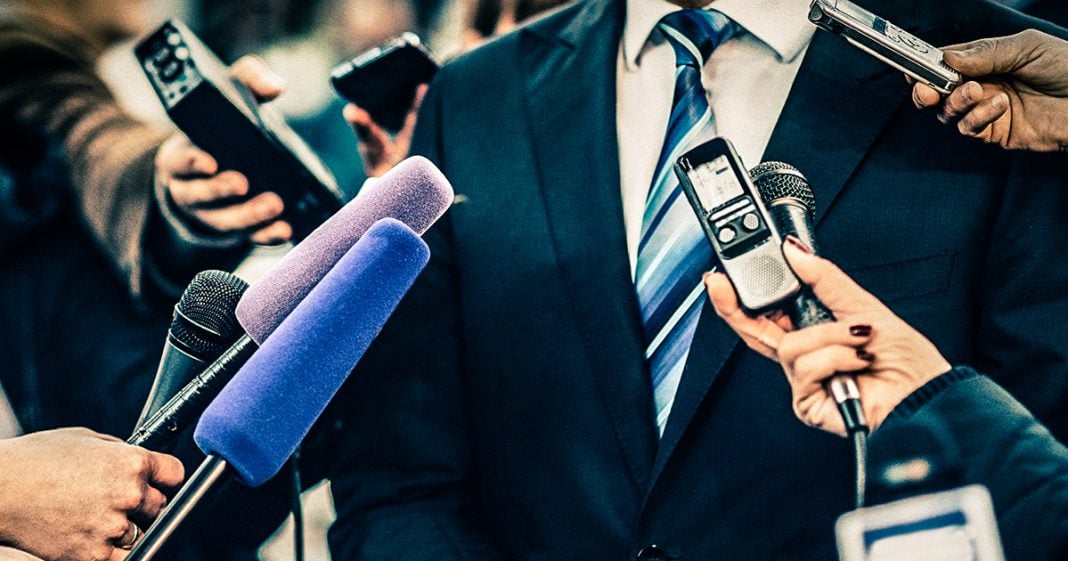 The group Reporters Without Borders has now dropped the United States to 45th in their press freedom index, and the reason why press freedom has eroded in the United States is because of Donald Trump’s constant attacks on the media and journalists. These attacks have very real consequences, as Ring of Fire’s Farron Cousins explains.

According to the latest Press Freedom Index by the group Reporters Without Borders, the United States continues to fall in their ranking amongst other countries in the world of press freedom. And the reason that we’ve been falling for the last two years are because, according to Reporters Without Borders, the constant attacks on the press coming from Donald Trump. He is, what they describe, a media bashing enthusiast and that is having a chilling effect on journalism and the media here in the United States.

ut again, as usual, we can’t just attribute this to Donald Trump. It was actually about a year ago that the RNC, Republican National Committee, announced that their plan for the 2018 midterm was the run against the media. They didn’t want to talk about issues. They didn’t want to run against democrats. They were just gonna paint the media as being wholly anti-republican, and surely that was gonna get the public on their side. Of course, that seemed to backfire when it turns out that more Americans trust the media than trust Donald Trump, but nonetheless, that was their strategy, and that is still the Republican Party strategy today. They want to attack the media. They want to go after the press. They want to go after journalists. They want to go after the people in the press briefings asking the tough questions of people like Sarah Huckabee Sanders.

They don’t want to have to answer them, so they go after the media. And what does that do? It forces the media to report stories that don’t have all the facts, because the White House won’t give it to them. Or, they scrap the story all together because there’s nothing to go on without an answer from the administration. That hurts press freedom in the United States, and it does start with Donald Trump, but it is not limited to him. His entire administration, the entire platform of the Republican Party is to go after the media.

But, unfortunately, they don’t go after the media for the things they should be going after them for, like taking all that corporate money and then burying stories about how horrible those corporations are. Instead, they’re going after them for some falsified view that they have that the media is out to get them. The media, for the most part, as long as you’re avoiding talking about corporations, is trying to tell the truth and just educate the public. They’re doing a poor job of it on their own, but Donald Trump is making sure that press in the United States, number one, is not only not free, but number two, can’t do their job properly and therefore the public might eventually lose trust in them.

Luckily, the American public, at this point, is losing their trust in Donald Trump a hell of a lot faster than they’re losing their faith in the media.