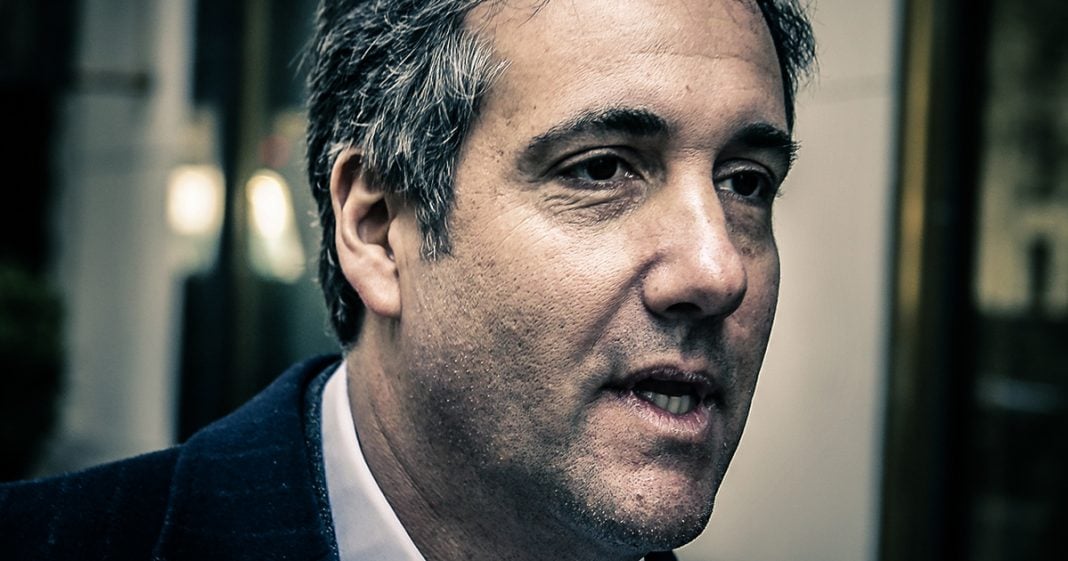 Michael Cohen might actually be the dumbest criminal ever. Anyone that has ever watched a police drama show knows that you are supposed to throw away those cheap “burner” phones you get at gas stations. But apparently Cohen didn’t realize that, and he kept these burners lying around, just waiting to be seized, and that is EXACTLY what happened during the FBI raid. Ring of Fire’s Farron Cousins discusses the fact that 16 cell phones were taken from Cohen and what this means for the investigation.

It’s becoming increasingly more and more likely that Michael Cohen, Donald Trump’s attorney, is going to end up in jail or at the very least, disbarred, or, at the very least other than that, he’ll probably never work as a lawyer in the United States again, even if he gets to keep his legal license. Here’s why, it was revealed this past week that Cohen, during the FBI on his house, his office, and his hotel room, they seized 16 cell phones from the guy. Now, if you have ever watched any kind of cop drama on TV you know that people committing crimes like to use those burner cell phones. They go to the gas station, they buy a cell phone to make a few quick calls or some kind of deal or whatever, then they throw it away and it’s untraceable.

Apparently, Michael Cohen doesn’t know to do that and so he just kept all of his cell phones ever, that all have all of his call records. We can trace everything that he did. We can find out who he was text messaging, who he was calling, how long they talked, when it was. We can create a criminal timeline of activity because Michael Cohen, much like his client Donald Trump, is painfully and almost criminally stupid. In fact, the FBI actually said that some of the phones they seized, at least two of them were Blackberries. If that gives you any idea as to how long this guy was holding on to some of those cell phones. We can probably, conservatively trace phone calls and text messages and emails from him, back at least a decade.

The FBI turned in four phones and one iPad already to the court. They said they still have about a dozen more to go, there’s 16 of them, and there’s no telling what kind of information they’re going to get on this. If they can create a timeline that shows that Michael Cohen was in direct contact with the Donald Trump in the days before and the days after the payment that he made to Stormy Daniels, then that ties Trump into this criminal conspiracy and could very easily lead to his prosecution, completely outside of the results of the Mueller investigation and it’s all because Michael Cohen, much like his client, is just one stupid individual.