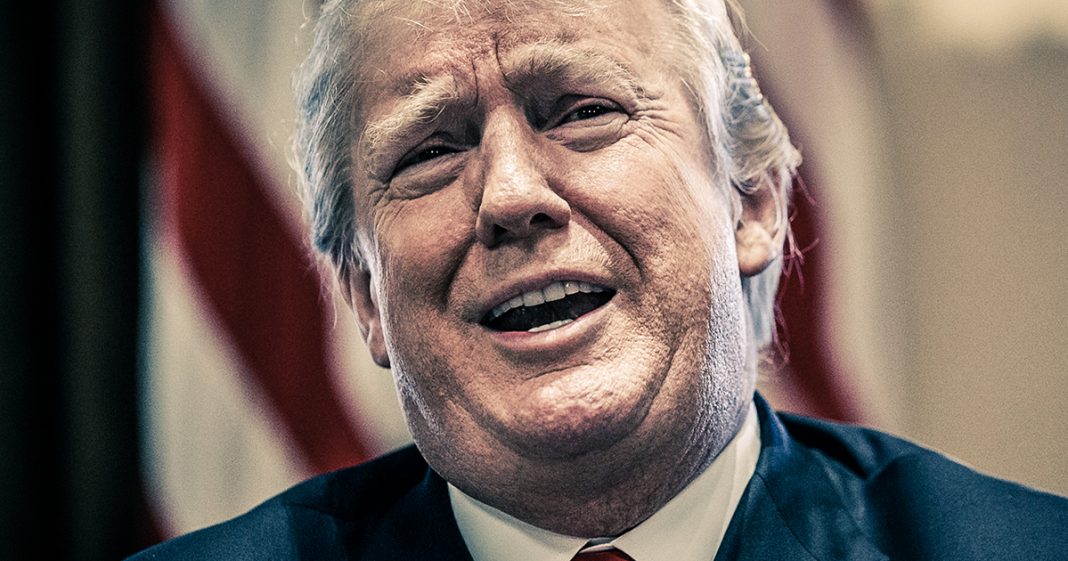 According to the available data, Republicans have lost ground in every single special election that has taken place in the U.S. since Donald Trump became president. While the Party in power has typically struggled during their first year in office, there has never been an instance where the Party in power has lost ground in EVERY SINGLE ELECTION. But that’s what Trump has done to the GOP, as Ring of Fire’s Farron Cousins explains.

Some great new data came out this week showing that the Republican party is absolutely in a tailspin, and it’s all because of Donald Trump. You see, in every special election, according to this data that’s been published by the New York Times, in every single special election that’s happened since Donald Trump took office in January of 2018, the republicans have lost ground. Excuse me, it was January 2017 there.

But let’s be perfectly honest here, this is not just a Donald Trump story, this is a Americans absolutely hate Republican policies story. Because the policies that have been signed into law under Donald Trump all came from the Republican party. I mean let’s not forget that those control the house and the senate, and they’re the ones who are sponsoring this legislation, they’re writing it, they’re putting it forward, they’re enacting all of their horrible policies that they’ve been promising to enact over the years, and now they finally got a guy in the White House who’s willing to just green light every bit of it and get it out as fast as possible.

Well as it turns out, people hate it. The latest round of polling shows that the majority of people in this country, the vast majority understand that the Republican tax plan, yeah, that was just a scam. And the American public understands that and they see it now. So it’s not surprising that Republicans are losing in these special elections, but here’s the thing, a lot of people are out there saying right now that, “Oh it’s because the party in power typically loses during their first two years in office. It happens all the time.” This is true. But it’s only true of the mid terms, not of special elections. The amount of support that the Republican party has lost in the last year and a half is unprecedented. This has not happened before, and hopefully this is a sign that American voters are waking up to the fraud of the Republican party and Donald Trump himself. And if the Democrats have enough sense they’re going to offer much clearer viable alternatives to Republicans in the 2018 midterms.