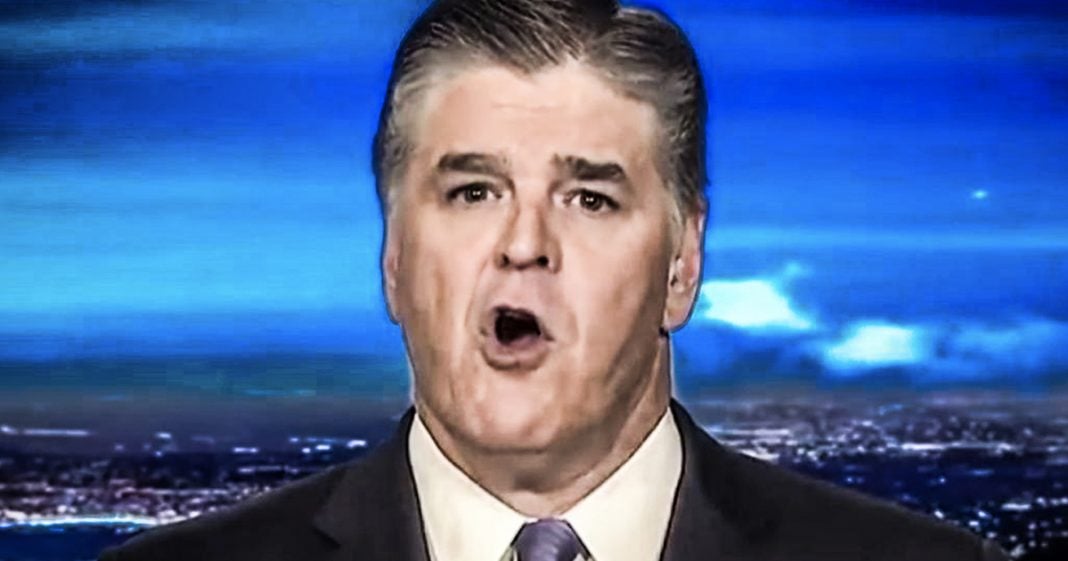 A major new report from The Guardian shows that Sean Hannity has been using shell companies to buy up hundreds of properties in the United States. While on the surface there is nothing wrong with this activity, but The Guardian has shown that Hannity has been working with the Department of Housing and Urban Development to secure these properties, and that might prove to be illegal. Ring of Fire’s Farron Cousins discusses this.

Fox News host Sean Hannity found himself back in the headlines just a few days after it was revealed that he was Michael Cohen, Donald Trump’s lawyers mystery third client. As it turns out, The Guardian decided to look a little more into Sean Hannity’s history and they went through some public records and they found out that Sean Hannity owns more than 870 different homes and low income housing units in at least seven different states, purchases through at least 20 different shell companies. Now the reason Sean Hannity used these shell companies, which he founded from the state of Georgia, was because registering them, creating them as LLC’s, limited liability corporations, allows them to mask who actually owns the company and who’s actually buying up these properties.

Now most of what Hannity has done here is perfectly legal and on the level. Using a shell company, a lot of people do that. They create these little organizations and that’s how they run their business. Why Sean Hannity needed 20 different companies though, that’s what starts to raise a few questions here. You could’ve done it through one company. Why 20? Why do you need so many? What are you trying to hide? Why are you trying to spread it out like that? There’s a lot more questions than answers now at this point. But again, buying up home foreclosures, nothing wrong with that, people do it all the time, they’ve made very nice livings off of that buying homes at a low price, flipping them for a higher price, and to be honest that’s actually what helped kind of cause the housing crash.

But anyway, one of the things, one of the other things I should say that’s questionable about all this is the fact that Sean Hannity, was on some of these properties using loans secured from housing and urban development in the US government. He was going through HUD, a guy that gets paid 36 million dollars a year, to secure funding for these low income housing projects that he was buying up. Most of them, or at least some of them in the state of Georgia that he purchased were in very low income, poverty stricken areas where the median income of those areas was far below the national average. So he would secure a loan from HUD, and that way, if he lost money on the properties, HUD would just pay him back the difference. So he had no fear whatsoever of losing any money. Again, we’re talking about a guy making 36 million dollars every single year just on his Fox News show, scamming the government so that he didn’t lose money on any of his real estate investments. At the same time, interviewing people like Ben Carson, the director of HUD on his show, without ever once mentioning that this multimillionaire is using a government program meant to protect low income American citizens, he was using that program, that director to scoop up low income properties to make a profit off of them.

That is another thing that raises some questions here. Not to mention the journalistic problem of the fact that Sean Hannity as early as 2013, was snatching up all these homes that had been foreclosed by the big banks during the day, but in the evening he would get on his program and talk about the fact that Barack Obama’s a horrible president because so many people are having their homes foreclosed on. Not once mentioning that he was profiting off the entire thing. I think at this point to say Sean Hannity is a hack is a bit of an understatement. Sean Hannity needs to be removed from Fox News immediately. He has committed journalistic and even just entertainmentistic malpractice at every give opportunity. He didn’t disclose he was a client of Cohen’s.

He didn’t disclose he was basically a client of Ben Carson’s at HUD. He didn’t disclose that while he hates the amount of foreclosures in this country, he was making a massive profit off of it. Anyone who trusts anything this man says, needs to go and have their head examined, because he has lied to you, he has swindled you, and now he’s working with the federal government to swindle low income Americans out of funding for their own housing and charging them slightly more on rent than they were in the past. Sean Hannity is past due to be fired by Fox News. But nobody at that network has enough courage to actually stand up to him and put him off the air for good.