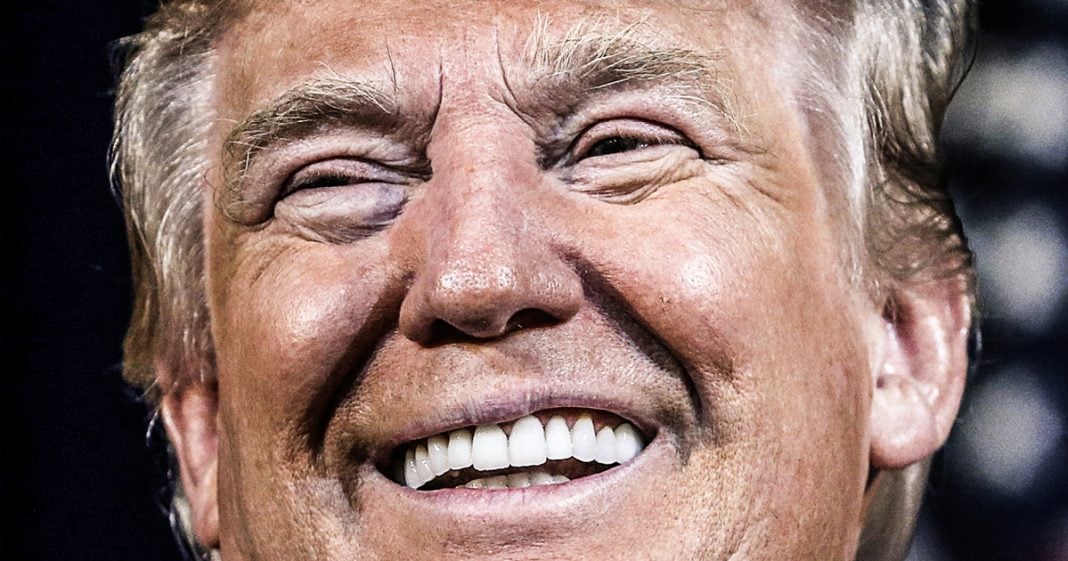 Just when you thought that the Republican Party couldn’t get any dumber, they appear to be falling for Donald Trump’s cons just as much as their voting base. In March alone, the Republican National Committee spent a staggering $225,000 at Trump’s Mar-A-Lago, meaning that the President is getting even richer while the RNC gets overcharged for renting out the facility. Ring of Fire’s Farron Cousins discusses this.

Donald Trump managed to con a good portion of the American public, and that’s one of the main reasons why he won the 2016 election. He convinced people that he was some kind of populist, when in reality he was just a grifter trying to make as much money possible off both his campaign and now make as much money possible off of his presidency. That is exactly what he’s doing, except he’s not making money today by conning the voters. He’s actually conning the Republican Party itself, the structure, the establishment, the Republican National Committee, the group that funds all the Republicans and gives them their talking points.

In March alone, Donald Trump charged $225,000 to the RNC for their use of Mar-a-Lago in South Florida. $225,000 in one month alone that that Republican organization, the leader of all the Republicans in the country, paid to Donald Trump for use of Mar-a-Lago. In January, they paid $62,000 for renting out Trump properties for events. February, another few tens of thousands of dollars. Every month, the Republican Party is paying tens of thousands of dollars directly to Donald Trump’s pocket so that they can hold events at facilities that he owns.

First and foremost, RNC, I don’t know if you understand this or not, but you don’t have to host events only at places that Donald Trump owns. That’s not benefiting anybody other than Trump himself. For the record, being associated with the Trump brand at this point is actually doing you far more damage than it is helping your party. I give you that piece of advice because I am sick and tired of seeing Donald Trump be this conman that everybody seems to be falling for. It’s not that I like the RNC or that I have any respect for the Republican Party. It’s that you are getting swindled, and your leadership, the people making these decisions, are too stupid to even realize that.

About a week or so ago, a report came out that talked about the fact that this is how Donald Trump is making money off the presidency. Conservative groups, including the RNC itself, other Republican think tanks, Republican organizations, have decided that since Trump is President, we need to hold all of our events at properties that he owns, and that money goes right back into his pocket. That is exactly why he ran for President, and nobody, nobody on the conservative side of the aisle has the brains to understand that every single one of you is getting swindled by the conman that also happens to be the President at this moment.