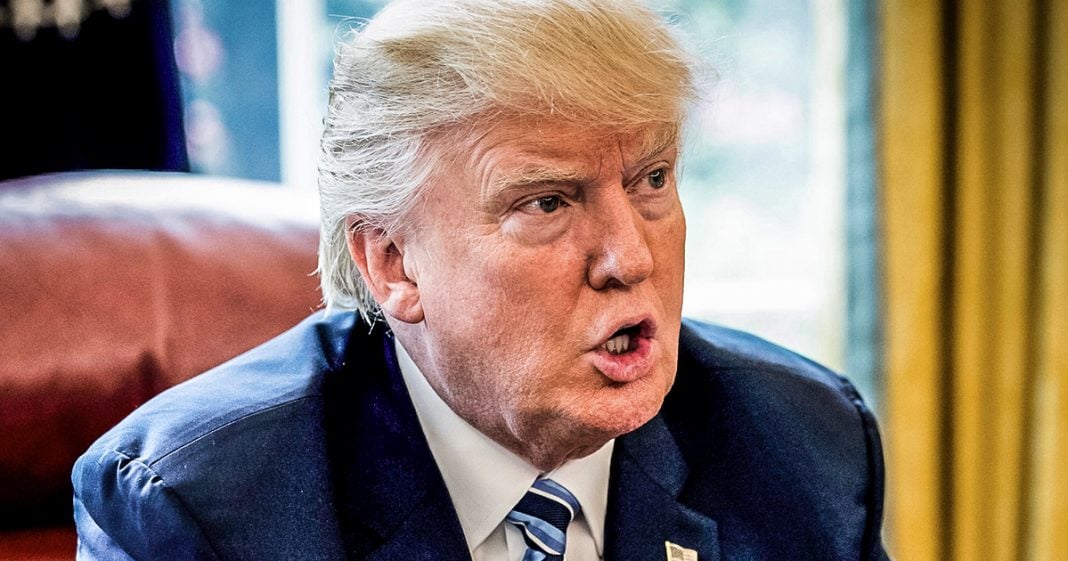 According to a new psychological study, the people who propelled Donald Trump into the White House were not motivated by “economic fears,” as so many have claimed, but rather they were motivated by their fears of losing “White Dominance” in the United States. They also tend to hold negative views about non-white races, which is something that everyone who was paying attention could clearly see. Ring of Fire’s Farron Cousins discusses this.

Ever since the 2016 election there’s been a lot of studies trying to make sense of what happened, and why Donald Trump won, and a lot of pundits out there have tried to say that, oh, it was the economic anxiety about … From American citizens. Usually it’s the right wing pundits who try to say that. That’s what catapulted Trump into office, economic anxiety. They’re worried about their financial futures, worried about their jobs, and Donald Trump came out and said we’re going to bring back jobs, we’re going to get you more money, and they bought into it and voted for him.

Well, as it turns out, that’s not true. According to a new psychological study from the University of Pennsylvania, the real fear that these Trump voters had had nothing to do with economics and everything to do with their dominance as a race in the United States. According to the researchers, white Trump voters were far more motivated by the fear of losing dominance as a white race than they were about anything else.

So, yes, to put it in its simplest terms, Donald Trump’s white voters were motivated more to vote for him because of racism, because, as this study found out, a lot of these same people who were worried about white people losing dominance in the United States also seemed to have very negative views of every non-white race available in the United States.

So, yeah, it’s the racism, stupid. But you’re not going to hear anything about this on Fox News. They’re not going to talk about it, they’re going to continue to say that Donald Trump was a true populist. He promised you jobs, he brought back so many jobs, even though he didn’t. The economy is doing great, even though it’s not. We’re adding new jobs every month, unfortunately they’re lower income things that most people don’t want.

It’s the racism. That’s what motivated these Trump voters more than anything. They were scared that white people might someday become a minority in the United States. They were afraid of people coming across the border, or coming here on planes and ships, and bringing their culture with them, and stamping out white culture, whatever in the hell that is.

That’s what built this country, by the way. Not only did white people come over here and steal this land from Native Americans, but then we just imposed whatever, and just did whatever, but at the same time we also welcomed people from all over the planet, and they came here, found a great country, and they brought their culture with them, and we shared it, and that kind of became America.

You are terrified little boys who don’t understand the history of this country, and furthermore, you don’t have enough intelligence in you to understand why we need other people in this country, why we need them to help build this country into something great. It’s not a white thing or a black thing, it’s an everybody thing, but if you want to shut the doors, you want to shut the borders, keep everybody out, send everybody back to their country, tell women that their place is barefoot and pregnant in the kitchen, then you’ve already lost your dominance, as most of these Trump voters already have.