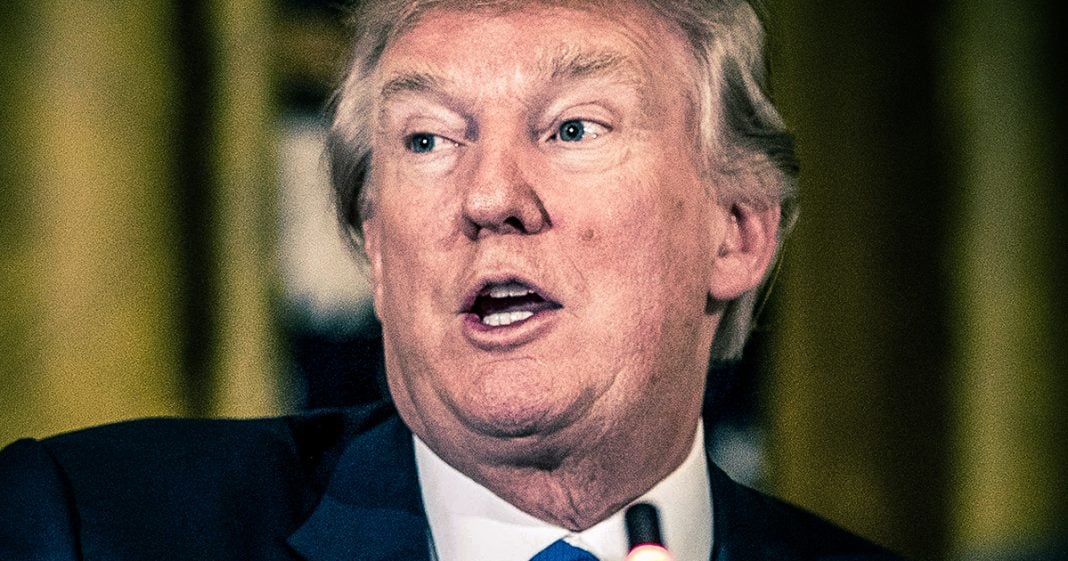 Donald Trump doesn’t think before he speaks. For an average American, that could lead you into trouble, but for a man like Trump who is under criminal investigation, that could lead to jail time. As we saw with his Thursday morning Fox & Friends interview, he’s not doing himself any favors by speaking to the public, but his arrogance makes him continue to do it. Ring of Fire’s Farron Cousins explains how Trump’s stupidity is going to be his downfall.

I think one of the greatest things about the entire Trump story that’s unfolding right now in the United States, is the fact that this man is painfully stupid. But, when you couple that with his arrogance, it makes for quite interesting spectacles, like we saw take place Thursday morning, when the president went on Fox and Friends.

During that one single 30 minute telephone interview, Donald Trump managed to completely destroy many of the legal arguments that his lawyers, and lawyers for Michael Cohen, had been attempting to build over the last few weeks. His own stupidity, his inability to think before he speaks, may have just doomed his entire presidency, because not only did he implicate himself in the Michael Cohen scandal, but he also contradicted his previous statements about other investigations that are currently going on.

So there’s the thing, the Canadian broadcast company posted an article about this. And they had several different instances here of things that Donald Trump did that are highly questionable. First one, he acknowledged that he knew Cohen was representing him as a lawyer to deal with the matter involving Stormy Daniels. So, if Trump has knowledge of this $130,000 hush money payment that his lawyer allegedly made on his own, then that suddenly implicates Donald Trump in what could be a pretty massive crime.

Number two, he supplied ample contradictions, including a remark that bolsters the lewdest claim made in the so called steel dossier, strengthening the case for deposition. That would be the fact that during the interview he mentioned “Yeah, I stayed the night in Russia on those dates.” So okay, in spite of the fact that he had denied it constantly in the past, he now admits to it, and again, the dates that he was in Russia actually corroborate the steel dossier, as when the alleged P-Tape actually happened.

So, pretty bad for Trump there. He suggested that he might medal with the department of justice, which is conducting an investigation in the Trump campaign’s alleged ties with Russia. Specifically, he had said that he’s not going to get involved in the justice department, although what they’re doing is a disgrace, so he might get involved.

He somehow managed to contradict himself literally in the same sentence that he was saying. Why? Because he’s an idiot. If Donald Trump ends up getting impeached, which, to be honest is starting to seem a lot more likely, it’s going to be because of his own stupidity. And of course, his arrogance in wanting to get his name on TV, and do these interviews, and talk to people who allegedly love him.

That Fox and Friends interview Thursday was an absolute train wreck. I mean Michael Cohen reportedly had to call his lawyers after the segment aired, and he was in a panic over the things that Donald Trump said. That’s not a really good thing for a guy who’s facing criminal investigations. And it’s certainly not a good thing for a guy like Trump, who’s trying to avoid criminal prosecution.