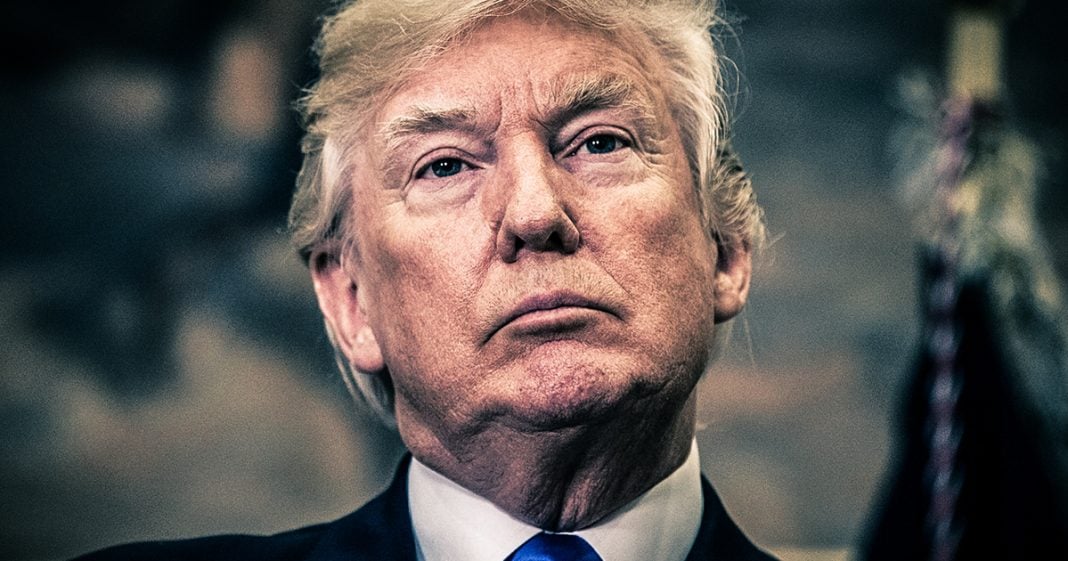 Fox News probably wasn’t expecting their latest poll to yield the kind of results that it did, but nonetheless, they had to release the results. According to their own polling, a majority of Americans from BOTH parties believe that Mueller will find out that Trump has committed crimes that could lead to his impeachment. Ring of Fire’s Farron Cousins discusses this.

Fox News released a poll this week that they conducted that actually had some results that I’m sure that they didn’t want to reveal to the public because according to Fox News own poll, a majority of people in this country, Democrats and Republicans, actually believe that Robert Mueller, the special prosecutor, is going to uncover impeachable criminal offenses committed by Donald Trump. 56% of the respondents in that poll said they believe Robert Mueller is going to find impeachable offenses the further he looks into Donald Trump’s history.

However, a word of caution here because bipartisan majorities of both parties also agree that it’s very likely that Donald Trump is going to fire Robert Mueller before the probe ends. The poll then went on to ask another question about do you think this probe is important, to which 64%, including Democrats and Republicans, said that “Yes, it is important that this probe continues.”

So, this poll conducted by Fox News flies in the face of everything that this network has been telling us for months, and months, and months. They’ve been telling us the probe is going to go on too long. They’ve repeated the President’s talking point that it’s a witch hunt. That it’s concocted by Democrats to make up for their 2016 election losses. Or that it’s not going to find anything because there was no collusion, no collusion, no collusion. Well guess what? The public, including many of your viewers, happen to disagree with you on that, and now you have your own set of data that you created that shows that.

And here’s another reason why this poll is so important. It has a margin of error of only three points. I know a lot of people may not think that that is important, however as somebody who has a degree in political science, and somebody who studied political science research methods in college, I can tell you that according to what political scientists are actually taught, you’re never supposed to put trust in a poll that has a margin of error greater than three. A lot of the polls that have come out recently have margin of errors of five, six points. Those are pretty much unreliable at that point. But three or less, those are polls that you should take seriously, and this Fox News poll happens to be one of the more accurate polls that we have seen come out in a very long time.