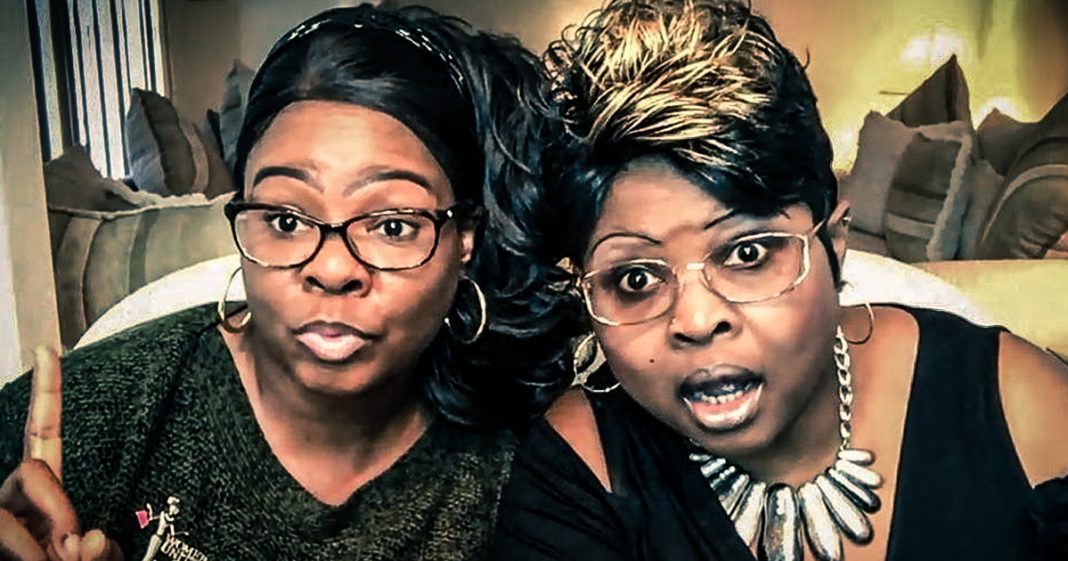 On Thursday, online personalities and Fox News contributors Diamond & Silk were called to testify before Congress, and during their testimony they were asked repeatedly whether they had ever received any payments from the Trump campaign. After claiming they’ve never been paid, members of Congress presented the women with FEC filings showing that they had, in fact, received money from Donald Trump’s campaign, meaning that they lied under oath to Congress. Ring of Fire’s Farron Cousins discusses what happens next for these two Trumpers.

On Thursday, the U.S. House of Representatives decided it would be a good idea to hold hearings and basically waste everybody’s time to talk about their conspiracy theory that social media platforms such as Facebook are censoring conservative voices. As part of the hearing, they brought in Fox News contributors and online personalities Diamond and Silk. During their testimony, they managed to lie under oath and commit perjury in front of the United States Congress.

Here’s what happened. During their testimony, they were asked repeatedly if they had ever received any money from the Donald Trump Campaign, to which they adamantly said, “Absolutely not. Never. Never got a payment.” Then, Representative Sheila Jackson Lee said, “Not $5.00? Not $100.00? Not $1,274.94?” They responded, “We have never been paid.” As it turns out, that last number that Representative Lee asked them about was not arbitrary. That was, in fact, the number that was listed on the Donald Trump Campaign’s Federal Election Commission filing report that they paid to Diamond and Silk for field consulting fees. So, yes, these women were given several opportunities to tell the truth, and they decided to lie about being paid by the Trump Campaign itself.

Later on … because it gets worse … Representative Hakeem Jeffries from New York asked the women again about the payment, because he had the FEC filing. He had the paperwork. He said, “Look. You’ve been paid. It says right here.” They then accused him of buying in to fake news. Now I don’t know if you’re familiar with this at all, but FEC filings are basically legal documents. If you lie in an FEC document, you can go to jail. These women … If you lie under oath, in front of Congress, you can go to jail for that.

What we’re looking at at this point, is either Diamond and Silk just lied under oath and should be prosecuted for perjury or, as they claimed later on, after they said it was fake news, they said it was mislabeled. They weren’t field consultants. Okay, so if that’s the case, then the Trump Campaign lied on their FEC filing reports, which could result in prosecution for them. Either way, somebody in this scenario, whether it’s Diamond and Silk or the Trump Campaign, broke the law.

My guess at this point is I’m going to put my money on Diamond and Silk breaking the law, because as it turns out, as we found out with those FEC filings, they weren’t just being paid by the Donald Trump Campaign to basically sell their souls and support this horrible human, they also did a campaign video for a man named Paul Neilan, who happens to be an avowed neo-Nazi. That’s not hyperbole. That’s not trying to link him. No, that is what he actually is, and they did a campaign video for him. These women have sold out in order to protect white supremacists and neo-Nazis, and they’re sitting in front of Congress lying about it.

If you want to know why Diamond and Silk’s Facebook page was removed, look no further than the fact that they were paid to say these horrible things by a campaign. They were not saying them on their own. They’re paid shills for Donald Trump. So, yeah, I would say that constitutes misrepresenting yourself, which would be a violation of Facebook policies, which makes it very clear as to why their page was removed.