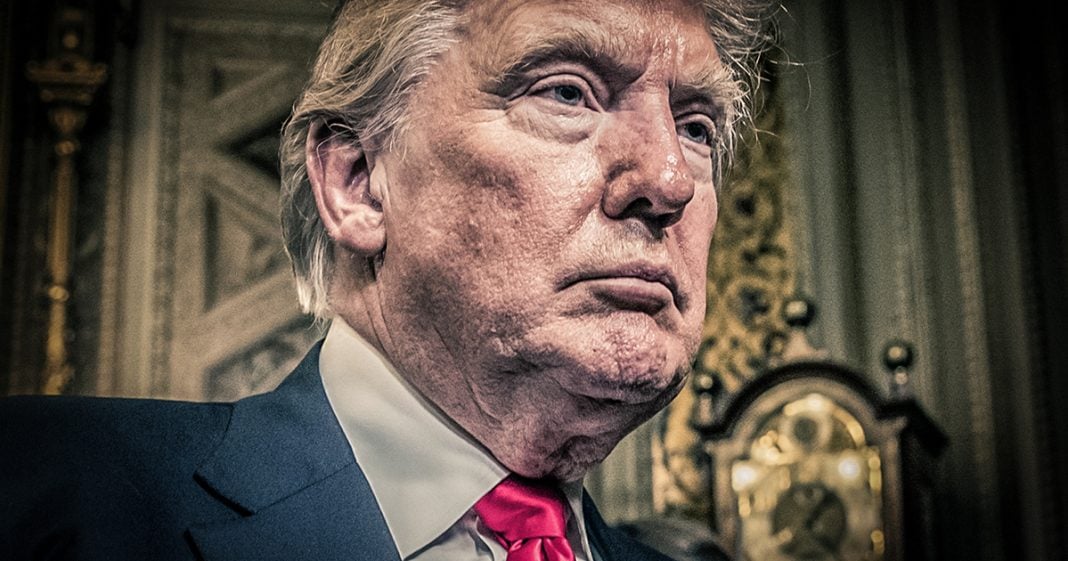 Just when you thought the stories of Donald Trump’s vanity couldn’t get any worse, new reports have come out from a former Forbes writer who claims that Donald Trump lied to him in the 1980’s about his wealth in order to get on the Forbes 400 list of richest people. Not only did Trump lie to the reporter about his wealth, but he also claimed to be a different person by the name of John Barron. Ring of Fire’s Farron Cousins discusses this.

According to reporter Jonathan Greenberg, who back in 1980s, the early 1980s, was with Forbes Magazine, Donald Trump called him in 1982 attempting to get on the Forbes 400 list of the 400 richest people in the United States. But he didn’t just call to say, “Hey, you should put me on this list,” no. At the time, Mr. Greenberg did not know that he was talking to Donald Trump because Donald Trump didn’t call himself Donald Trump on the phone. He called himself John Barron. Luckily for us, Mr. Greenberg happened to have a copy of that audio recording. If you want to listen to it, it’s in the link in the video description. But let me tell you, you listen to that audio and it is 100% clear that yeah, John Barron is Donald Trump.

There’s no question about it. That is Donald Trump’s voice. Not to mention the fact that he’s already been busted using that John Barron name several other times in the past. Then, of course, we have the fact that he named his youngest son Barron. If you’re going to use a fake name in anything you do in life, probably a smart idea to not name one of your children the same name as your fake name. I’m just guessing. I haven’t ever had to use a fake name. Hopefully I never will, but I have had to name children and I wasn’t completely stupid about it like Donald Trump is.

But anyway, he uses the fake name of John Barron. You can listen to the phone conversation where he’s talking about, “No, no, no, no, I have so much money. I have tons of money. You got to put me on your list. Or excuse me, put Mr. Trump on your list.” He claimed to have a hundred million dollars at the time when in reality, according to all available records, Donald Trump only had $5 million at the time. Here’s what this story means. Obviously there’s nothing illegal about this, but I guess technically you could argue that it is if he’s trying to get people to invest in his businesses and lied about his worth in order to get people to invest in it. That absolutely is illegal, but we can’t prove that that happened.

Nonetheless, what this proves is that Donald Trump is so psychotic about his own ego that he is willing to not only lie about his worth, but lie about who he is as a human being when speaking to a reporter for an article. Honestly, who even looks at that and says, “Well, these are the richest people, these are the only people in the world that matter.” No, but Donald Trump is so vain, and vacuous, and shallow that he had to create a fake persona just so that he could be on a list in one issue of a magazine. That’s the kind of pathetic personality that we are dealing with as the president of the United States.