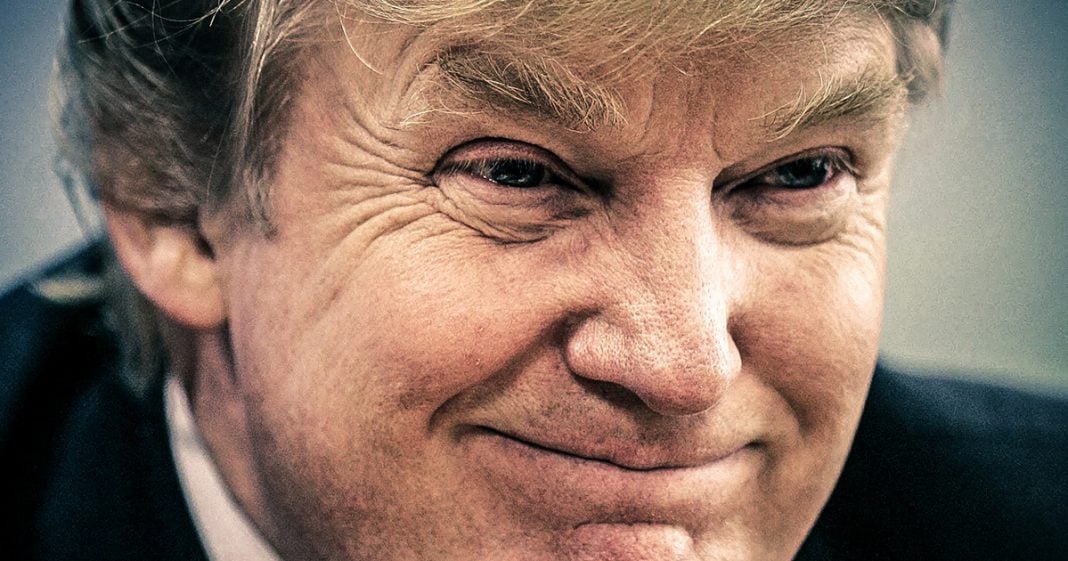 The Trump administration has been known to make some outrageous claims to justify their disgusting actions, but their recent argument about why we need to have more polluted air is absolutely cringeworthy. According to the administration, if we allow states like California to require better gas mileage for their vehicles, it will result in more automobile deaths. Ring of Fire’s Farron Cousins talks about the twisted logic Trump and his buddies are using.

Ever since Donald Trump came into Washington, DC, was sworn in as president, we have seen this administration and Trump himself use the weirdest possible logic to kind of explain why they do things a certain way. But recently their decision and their explanation as to why Americans need to breathe dirtier air is by far the most absurd thing that this administration has ever claimed.

According to the administration, if we allow states like California to have stricter fuel efficiency standards, which means cars can’t emit as much pollution and burn more gas, we have to make them more fuel efficient, which reduces air pollution, if we allow them to do that to reduce the pollution, more people are going to die in this country. That is the argument that the Trump administration is making while they’re attacking the state of California for having stricter fuel efficiency standards. If we have cleaner air by regulating auto emissions and fuel efficiency, people are going to die. People will die because we’re trying to help the environment.

They say that because according to them, which the statistics actually do not back this up in any way, but it’s going to make people drive smaller cars and not those big SUVs, and as we all know, the small cars are far more dangerous than SUVs, so when they get in a wreck, they’re probably going to die. But they wouldn’t if they were in a gas-guzzling SUV. Therefore, according to the administration, more SUVs, fewer smaller cars, more emissions, fewer deaths.

Yeah. Nothing about that makes any sense because nothing about it is based in reality. In reality, enacting tougher fuel efficiency standards, reducing the amount of air pollution in the United State, could save up to 110,000 lives every single year. More than 100,000 lives per year saved as a result of cleaner air.

But the Trump administration doesn’t want to hear that. They want auto manufacturers to be able to forget about fuel efficiency, stop making better engines and better cars that save us money by having to fill up the tank less, all because they want us to burn more gas. They want the auto industry to save a few dollars, even though they kind of owe us big time for bailing them out a few years ago, but screw that, right? Let’s just let people breathe dirtier air because we somehow think that dirty air is better than clean air and it’s going to actually save lives instead of cost us lives. But, then again, that’s the kind of twisted circular logic that we have seen from the Trump administration since day one, and there’s no sign that that kind of logic and just basic stupidity is going to go away until Trump himself gets out of office.