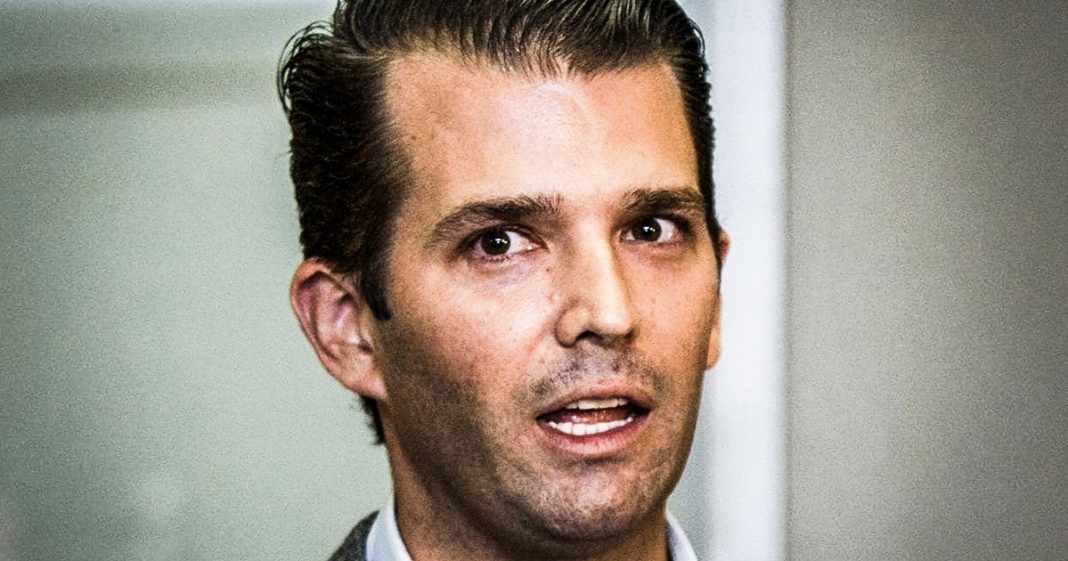 According to court filings from Robert Mueller, his team is 100% going after Donald Trump, Jr. and has been seeking information related to little Trump’s June 2016 meeting with a Russian lawyer. This is very bad news for the Trump family, as it shows Mueller believes that collusion could have likely taken place at that meeting. Ring of Fire’s Farron Cousins discusses this.

Robert Mueller, the special prosecutor looking into possible collusion , and other crimes of the Trump administration, confirmed in court filings that were released this week, that he is in fact 100% targeting Donald Trump Jr for that June 2016 meeting that he had at Trump Tower with the Russian lawyer, and whoever else was in that room. We still don’t know exactly who all was there, but here’s what we do know.

According to the filings that Mueller and his team put forward with the court, they admitted this because they were justifying their raid on Paul Manafort’s office, and said they were looking for information about that June 2016 meeting, specifically as it pertained to Donald Trump Jr. Paul Manafort was also present at that meeting, as was Jared Kushner.

Mueller admits that he wants to know more about that meeting, or at least when had that file those they wanted to know more. God only knows that they know at this point. But here’s what the public knows, Natalia Veselnitskaya, the lawyer in question who was at that meeting from Russia, has admitted that Donald Trump Jr went to that meeting expecting to get some kind of damning information about Hillary Clinton, and that’s what they talked about.

They didn’t talk about adoptions, as the Trump administration claims. They talked about getting dirt on Donald Trump’s political opponent, and yeah, if she was working on behalf of the Russian government, which we know that now she was, that would be collusion.so we know at this point one of the hardest things in the world to prove, which would be collusion. Robert Mueller is actively going down that path, and he suspects that at least Donald Trump Jr and Paul Manafort, and most likely Jared Kushner, were involved with that charge.

And if Donald Trump himself, as those at the White House have said, altered Trump Jr’s response to the New York Times, that’s not necessarily obstruction of justice, but it could show that he was also aware of why that meeting happened, why it took place, and what was said during that meeting. So that also kind of implicates him as well.

The bottom line is that Robert Mueller’s investigation is not going away any time soon, and what little tidbits we’re getting out of the investigation seem to indicate that very high profile members of the Trump family, if not Trump himself, are in very, very much trouble at this point. If he suspects Trump Jr of collusion, or committing treason, or whatever it is, there is no question that Donald Trump himself was aware of it, knew about it, and sanctioned it. That will be the next shoe to drop, and probably the last shoe to drop, out of this entire Mueller Investigation.