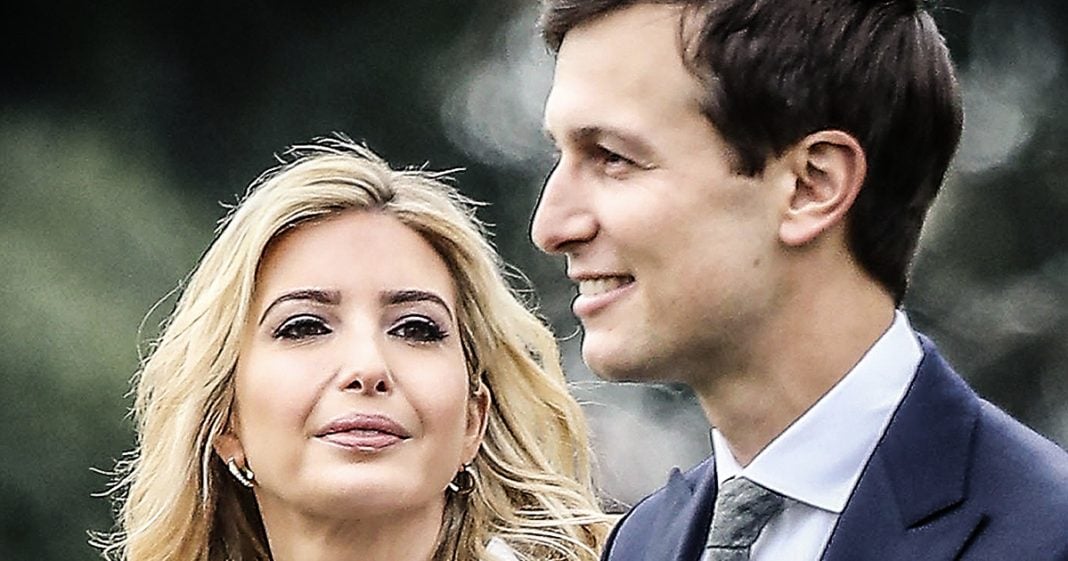 During a recent segment on MSNBC, the hosts and guests mused about the fact that Jared Kushner and Ivanka Trump appear to have “gone into hiding” as the numerous investigations into the pair seem to be closing in. This is fairly accurate, considering that the two have been out of the public eye for their longest stretch since joining this administration. Ring of Fire’s Farron Cousins discusses this.

During a recent segment on MSNBC, host Nicolle Wallace was speaking with a guest. They were musing amongst themselves about, where have the Trump kids gone? Where is Ivanka Trump? Where is her husband, Jared Kushner? Nobody seems to have had any real reports of those two doing anything in the last few weeks, ever since all of the investigations into them began kind of closing in. Not to mention the fact, that Jared Kushner has basically been MIA ever since he had his security clearance revoked. They’ve brought up some good points in that.

So, where are they? What happened to these two? What happened to all of the really best people that Donald Trump was going to hire to run his administration? These are members of his own family, that he has reportedly been trying to get rid of for some time now. He wants his Chief of Staff, John Kelly, to work along with him on that. But, where are they? It’s kind of hard to fire somebody if you can’t find them. Now, I don’t think that they’re actually hiding out in the closet in the White House, or avoiding phone calls, turning their phone off, or just disappearing out into the wilderness.

I think they’re somewhere around there, meandering slowly through the White House, wondering how in the hell they’re going to fight off all of these allegations coming against them at rapid fire rates. But, I do think that, as these investigations continue, we’re probably going to see even less of Jared, and of Ivanka, than we currently are. They’re going to disappear, and hopefully, eventually, at the end of all this, the two of them are going to be disappearing into a prison cell.