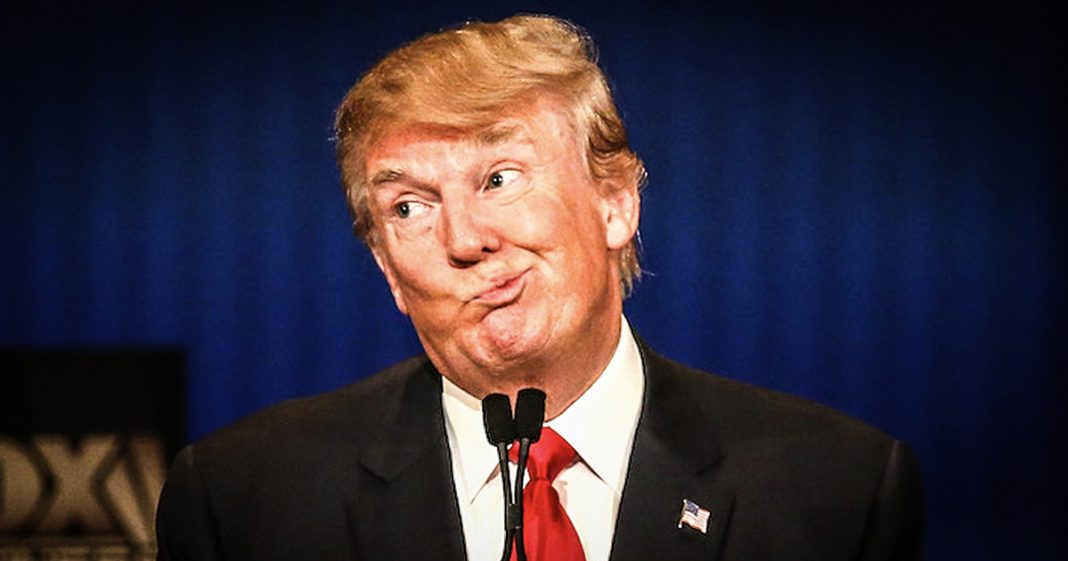 Donald Trump has been busted in yet another lie, but this one could have very serious ramifications for his presidency. According to flight records obtained by Bloomberg, Donald Trump DID spend the night in Moscow in 2013 ahead of the Miss Universe pageant, directly contradicting his repeated statements that he never stayed the night. These dates also happen to coincide with the dates that the Steele Dossier said Trump was in Moscow, creating a huge problem for Trump. Ring of Fire’s Farron Cousins discusses this.

Life just got a lot worse for Donald Trump and a lot worse for anybody who has said that the Michael Steele dossier was completely fake. Yet another part of that dossier was proven correct on Monday when flight records obtained by Bloomberg showed that Donald Trump did in fact on November 8th and 9th stay at the Ritz Carlton in Moscow in the presidential suite.

Now, Donald Trump himself had repeatedly said that no he never spent the night when he was there that November in 2013 for the Miss Universe pageant. He touched down, he did a couple things, he showered, he went to the pageant, and then he went back to the hotel to grab his stuff, and he left immediately. Flight records now prove that Donald Trump lied about his time in Moscow. He had repeatedly told James Comey, as was revealed last week in the Comey memos, that he never stayed in Moscow, never ever ever.

But here’s the thing. Even before these flight records came out, we knew that Donald Trump was lying about it. He had tweeted about it, there were photos on Instagram, he went to some dude’s birthday party there at Nobu Moscow. Yeah, this was all already verifiable. But at least now that we have the flight records, we can confirm without a doubt that Donald Trump was there and did not leave when he had told James Comey and the rest of the world that he left when he left.

Here’s the part that creates a problem for Donald Trump. It’s not just that he lied, yet again, about something else. It’s the fact that these dates that he was there and the location directly correspond to what Michael Steele, or Christopher Steele, excuse me, had put in that dossier, in the Steele dossier. That is true. Now, the part that we have not yet been able to verify is that this is also allegedly when the Russians obtained their compromat on Donald Trump, which according to the dossiers in the form of the pee tape, but we’re now like this close to confirming that the pee tape might actually be real because now we’ve confirmed that Donald Trump was in the place where it allegedly happened.

So keep this in mind too, all of you doubters of the Steele dossier, so far every claim that’s been thoroughly investigated from that dossier has been proven accurate. So you can get mad if you want, you can say that, “Oh this was the Democrats trying to-” No no no. None of that is true. What is true, however, are more and more pieces of that Steele dossier.