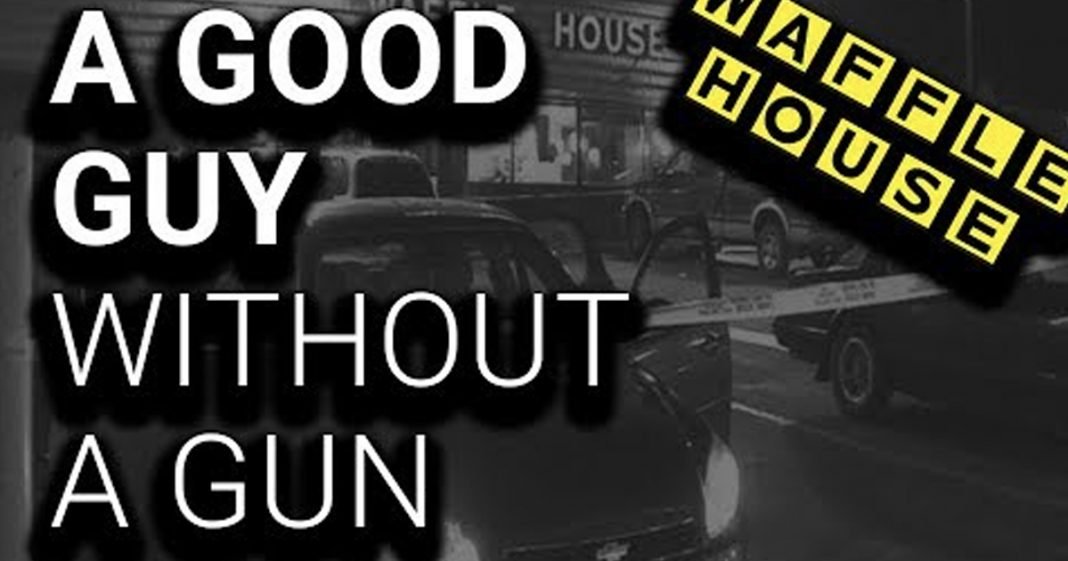 29-year-old James Shaw ambushes a shooter at a Tennessee Waffle House, claiming he did it to save himself, and the shooter is now on the run after having shot up Waffle House using weapons previously seized by Secret Service and ultimately returned to the shooter via his father. David Pakman discusses this.