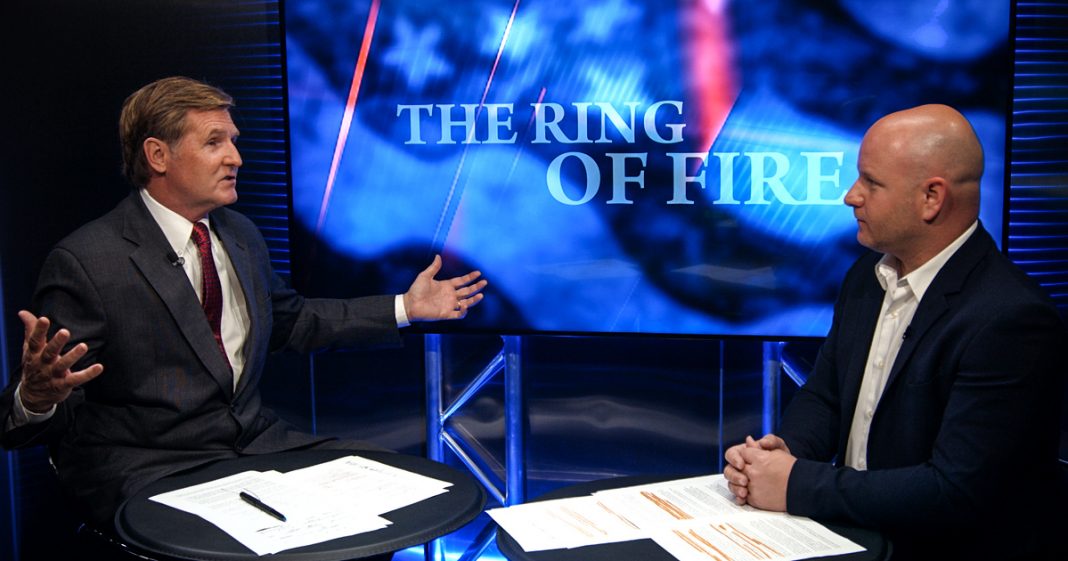 The US Department of Labor recently hosted a meeting with business executives where they discussed “cutting the red tape.” And when companies talk to lawmakers about cutting red tape, it always ends very badly for American consumers and workers. Ring of Fire’s Mike Papantonio and Farron Cousins discuss this issue.

You can cut all the red tape. It’s just another way of saying we really think you’re going to be honest enough, and you’re going to be fair enough with consumers that we don’t have to worry about you. How outrageous is this story?

Farron Cousins: There’s so many different issues with this. And let’s go to the first one, let’s talk about that talking point, the cut the red tape. This is the standard, Republican’s say this, any Republican, whether it’s running for dog catcher or president of the United States, everything in between, tell us that regulations are killing jobs.

You don’t have a job, or you don’t have a good enough job, because these liberals have put these regulations in place that’s preventing you from succeeding in life. All your problems are because of regulations.

First and foremost, there’s absolutely no reality in that. We have seen study after study showing that regulations, whether they’re environmental or work place regulations, increase productivity and contribute more money to the local economy. I think for every one dollar you spend on regulations, seven extra dollars ripples through the economy.

Mike Papantonio: Yeah, that’s true. There’s a reason for it. The reason is this, at first you have the company that says “Oh well, this is fantastic. I can pollute this stream, I can steal this money from mom and pop investors on Wall Street. I can put this pill on the market, this pharmaceutical that we have information it will shut down the liver, it’ll shut down the kidney. But we can do that because the FDA’s not looking at us.”

So you’re take is the long term is it’s going to cost?

Farron Cousins: And there’s a great example for that. Look, we’re what, a week or two at this point away from the … what will this be, eight year anniversary of the BP oil spill. Now you want to talk about what a lack of regulations does and what it costs a company? Look at what BP did.

Chris Oynes was the regulator on this.

Farron Cousins: And this is what happens. And now we have a government that is 100% Republican controlled, and they’re inviting these business leaders to this little summit that they had a few months ago, saying “What can we do for you? What regulations do you want gone? How can we screw your workers?”

Mike Papantonio: Right, right. Okay, look, let’s back up just a little bit. You threw a lot of stuff out. There were four law firms in America that were assigned to handle the BP case, we were one of them. The point that you’re making about … What you were talking about there as well, we call regulator capture.

Now, your point is that right now they’re having this big meeting, and the big meeting is where they’re telling corporate America “This is the checklist of things we’re going to do, you give us some more things that you want us to do and we’re going to do it.” Isn’t that what’s happening?