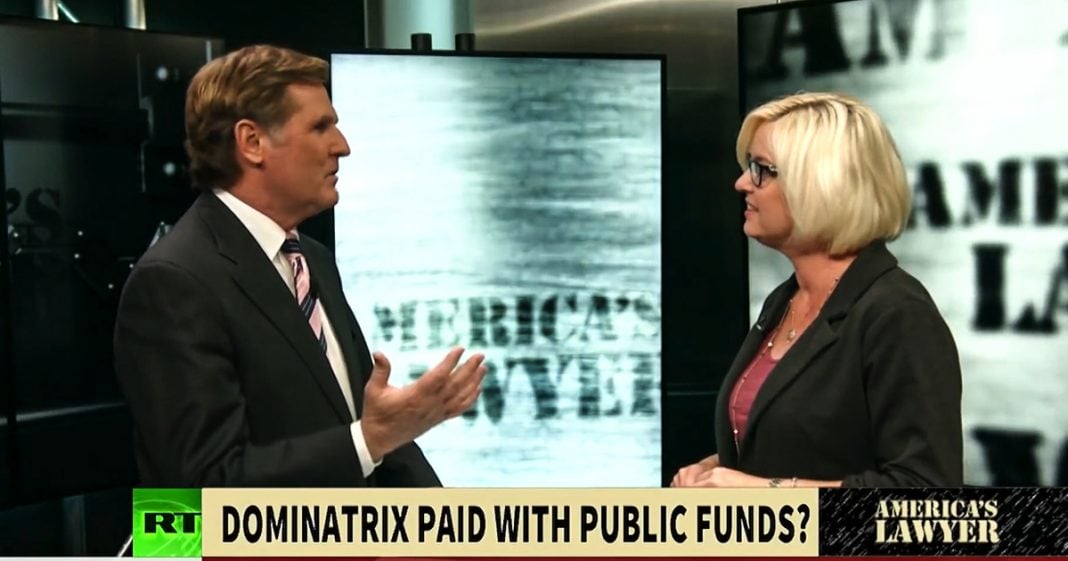 Mike Papantonio: It’s a story because I’m wondering, does it all flow from the top?

Mollye Barrows: I know. Does he too have Cohen as an attorney?

Mike Papantonio: Yeah, and who knows? But what is the story behind these charges? And really, we are seeing this almost every week, some interesting …

Mollye Barrows: Somebody’s in trouble for making mistakes along the same lines, aren’t they? Over and over again, and this guy is no different. 56-year-old Gregory Lueb, he’s second in command of the Harris County Treasurer’s Office. Basically, he had access to like $3 billion worth of county employees’ money, but that’s not what he was playing with here, or is accused of playing with. He’s accused of stealing, basically opening up two credit card lines, or accessing two credit card lines, two accounts through the local credit union, borrowing, taking advance line of credit, using another account to pay those off, and then it would open up more line of credit.

Mike Papantonio: Right. There’s another part of the story that I think is an interesting part of the story and that is the way that it’s not just local government, it is government in general where we have this pecking order. Okay, so Billy Bob stays there long enough so we’re going to make Billy Bob in charge of something big.

Mike Papantonio: This story has that written all over it because Billy Bob, here, kind of comes up through the system, he does a lot of political favors, and it’s almost kind of a third-world attitude about who we put there.

Mollye Barrows: Is he even competent to do the job, or capable?

Mike Papantonio: Yeah. We see it in stories all over, and that’s always part of a story like this, and that is that Billy Bob, he’s just come through the system. He’s stayed there long enough, he’s developed friends there long enough, and now he’s in charge of all this money. Harris County’s DA says there’s no doubt that he stole from the county, but his former boss says, “Well, I don’t …” And this is what I’m talking about.

Mike Papantonio: His former boss says, “I don’t see any signs of embezzlement.” What’s your take on it?

Mollye Barrows: Yes. Well, like he said, he had access to all this county money, and he wasn’t necessarily stealing from Peter to pay Paul within these particular accounts, but he still had access to these two accounts at this credit union and that was county money, so even though technically there was no particular taxpayer or citizen that you could point to and say that he embezzled from them, he did open these lines of credit, and the money that was used to play this shell game, or check-kiting as they call it, was county employee money.

So that’s essentially why they’re not really looking into this blackmail angle of him saying, “Mistress Cindy made me do it,” or “I did it because she was threatening to tell my wife.” They’re saying, “Well, whether or not Mistress Cindy even exists is a moot point because we have proof that you’re stealing, and we know that you went through this credit union and that’s county money.” His boss can defend him all he wants and technically say it’s not embezzlement, but he’s a thief, a admitted thief. He does admit that he took this money, he just says he did it because he was worried that his wife would know because Mistress Cindy was going to tell.

Mollye Barrows: They don’t even know if she’s real, and they’re not even worried about finding out.

Mike Papantonio: Yeah. My call is there’s no charges. Mollye Barrows, thank you for joining me today.