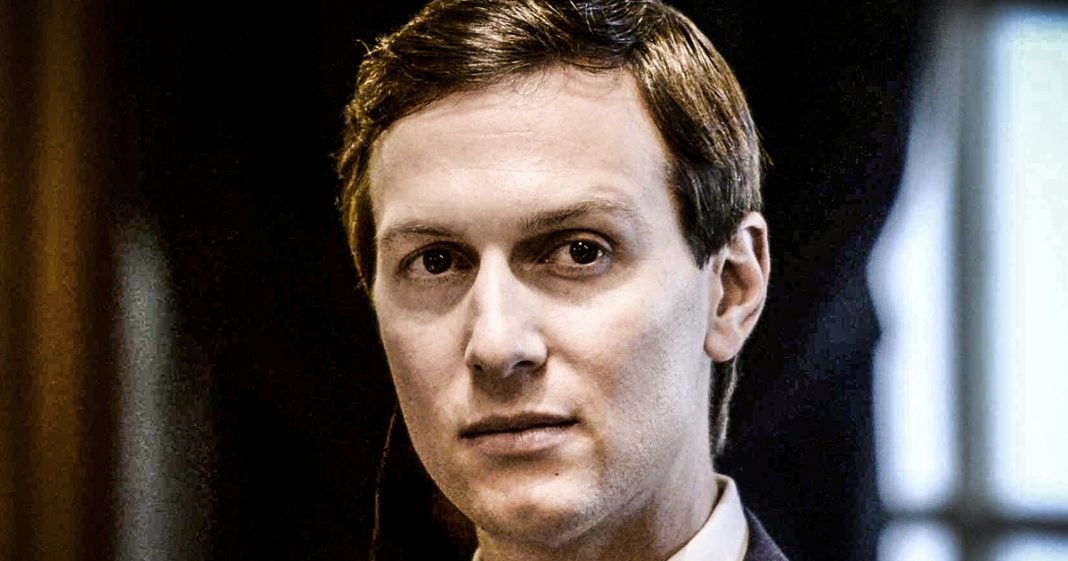 Jared Kushner’s company, aptly called Kushner Companies, has been subpoenaed by a federal jury for filing false paperwork in the city of New York. These false filings allowed the family business to screw tenants out of their rent-controlled apartments and then jack up the selling price for the buildings they purchased, all of which are illegal if they can proven in court. Jared Kushner is going down, and Ring of Fire’s Farron Cousins discusses the trouble that this family now faces.

Jared Kushner’s company that he runs with his family, aptly called Kushner Companies, because I guess they’re not very creative with titles, has been subpoenaed by a federal jury in New York, because the company filed false paperwork with the New York City Department of Buildings, which is illegal. Now, we’ve talked about that story in the past and just to rehash this little scandal real quick, what would happen is that Kushner Companies would come in. They would buy an apartment complex. They would file paperwork with the city saying that there were no tenants in the building, even though they would have hundreds of tenants in the building. So then, they were allowed to skirt regulations. They didn’t have to worry about rent controlled apartments or anything like that. They could kick people out without anybody knowing in the city, because the building was supposedly empty. They did that. They kicked people out. They raised rent illegally when they weren’t allowed to, and then they sold the buildings for almost twice as much as what they bought them for.

Again, every single thing just mentioned there is illegal, yet that’s what Kushner Companies did, because they filed the false paperwork. At least 87 different instances of that, I believe. So, what’s happened now is the federal jury has subpoenaed the company asking for all of the documentation that they have in all of this, because according to Kushner, this was a third party that they hired to file all this paperwork. So, they had no idea, and if they ever were confronted with the problem, they immediately fixed it. The problem is, they don’t want to say who that third party company was. That’s why the jury had to subpoena them. Because if you’re trying to say that a third party company falsified data, why would you not name them, unless of course, either there is no third party company, or it’s one of those shell companies that you guys created on your own and ran on your own, falsified your own data, and then submitted it under the name of a different organization that was actually just you all along.

My guess is on the latter. If there is a third party company, I guarantee you the Kushners have their greasy little fingers all over it, and that’s what we’re gonna find out here very soon, because a subpoena from a federal jury cannot be ignored. Jared Kushner, regardless of what happens with the Mueller investigation, is probably going to end up needing a presidential pardon at some point in the very, very near future. My guess is that before the end of this year, Jared Kushner will personally be served with an indictment and be facing criminal charges for at least one of the many, many scandals that that kid is currently involved in.