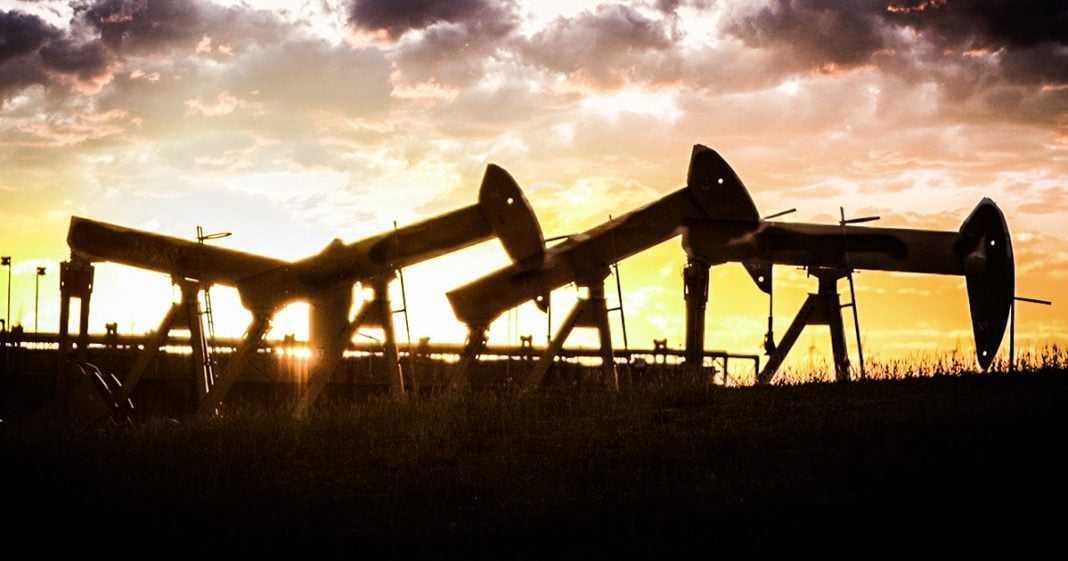 The Mineral Resources company recently made the decision to move a fracking site in Colorado that was close to a mostly-white charter school called Frontier Academy. After severe pushback by the wealthy white people, the company decided to move their fracking operations within 1,500 feet of a school that was 87% non-white students, and nobody seemed to care. Ring of Fire’s Farron Cousins discusses this.

And when the wealthy folks found out about it, they were super mad. They didn’t want a fracking well near their precious little children. I mean, hell, we don’t know what chemicals they’re pumping into the ground, but we do know that it’s going to come through in the ground water and the drinking water. So we don’t want to poison our children, which is a very reasonable response.

So the fracking company instead of just saying, “Okay, we’re not going to frack in this area.” They just decided to move their well. And instead of fracking near the mostly white school, they’re now fracking at a mostly black school. The school they’re fracking at right now has 87% of the students in it are children of color. Non-white students and nobody thinks that, that’s a problem.

But yeah, everybody got super pissed when they were going to frack near the rich white kids, but now that they’re over here near the black kids, yeah, sure, fine that … whatever, go ahead and put your chemicals into the ground. It doesn’t matter if they drink it, if they play in it. This fracking well is 1,360 feet from the school. That’s it. It’s not like we’re talking a couple miles down the road. 1,300 feet away from children. Poisoning them every day with the pollutants going up into the air. Poisoning them slowly with the pollutants going into the Earth, into the ground water, but nobody cares because its environmental racism.

And people don’t even like to admit that, that exists, but that is what’s happening here. And this is a story that’s all too common throughout the United States. When you go and look at where these companies; the fracking companies dumping their waste, industrial plants dumping their toxic waste, where does it happen? It doesn’t happen in the rich, white neighborhoods because the rich, white people know, “Hey, I have a little-bit of power because I’m rich and white so I can go out there and make a fuss and they’ll move it.” And it goes to the poor communities. The communities of color.

The people who don’t have a voice, the people who can’t stand up for themselves, the people working two or three jobs just to be able to feed their family. So they don’t have time to go out and protest and picket. Or go to a city council meeting because they’re working another job. That’s why this happens. They have been so screwed over by the system that they continue to get screwed over because they can’t even speak out against the system because of how screwed over they actually are. It is an endless cycle and it is done intentionally by these corporations.

And it’s not going to stop. We now have a school district in Colorado where children of color are being poisoned by the fracking industry because the United States refuses to kick our fossil fuel habit, because we refuse to switch over to renewable energy like so many other smarter countries are doing. Look over in Europe, what’s happening. You have some areas that are creating so much renewable energy that they’re having to sell it to other countries because they can’t even use it all.

But here in the United States, we’re cutting subsidies for renewable energy. We’re making it harder for them to operate. And at the same time saying, “Oh yeah, don’t mind those kids over there playing in the playground. Feel free to frack right here, because those are poor black kids and we just don’t care about them.” That’s the way the United States operates today and that, ladies and gentleman, is 100% environmental racism. It happens all over this country and it happens all the time.