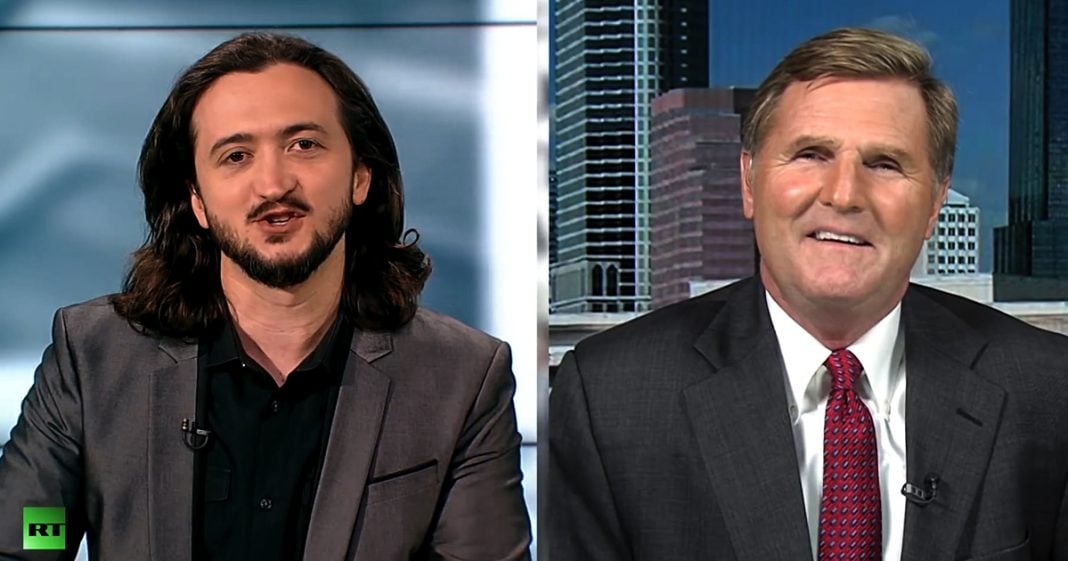 Mike Papantonio, host of America’s Lawyer, joins Lee Camp to talk about holding thug corporations accountable and how a lot of these companies get people to sign away their rights to bring lawsuits.

Lee Camp: I wanted to ask you more broadly, in your segments on America’s Lawyer, you sometimes say that lawyers should get active on this case, bring a case against a certain corporation. Why is it more lawyers aren’t jumping on some of these cases and really holding these corporations accountable?

Mike Papantonio: A lot of times, it’s because they’re lazy. It’s because it’s easier to be 1-800 Auto Accident. You know, put a sign up and all you do is auto accidents. Somebody has to do that. I’ve just chosen not to do that in my career. Once you have that license to go after the real thugs in our culture, the real thugs are corporate America. It’s riskier. It costs more money. Most of the time, it’s a three to four year process before you can actually finalize one of these projects. The risks are huge. The last project that I handled up in Ohio, I think we were probably $12 million into just out of pocket kind of costs. Had we lost that, that would have been a huge loss. There is a big risk.

Those lawyers could even team up. You can do what we call consortium teams. Team up with other lawyers and go after the real thugs, the real people who are causing … Wall Street-ers who are causing so much despair in America. They can do that, but it’s too easy to kind of buy into that easy way out and just kind of do the easy cases. You know, the automobile, the workers compensation. Those cases, are they important? Yeah, they’re important. Do they change culture and society? No, they don’t.

Lee Camp: It’s definitely a technique of these massive corporations to try and bleed smaller lawyers dry so they can’t even afford to really bring the case.

Lee Camp: Something else just occurred to me, I wanted to ask you about, was the idea of forced arbitration. That, a lot of these companies get people to sign away their rights to bring these lawsuits.

Mike Papantonio: Yeah, forced arbitration is a huge scam. It was Karl Rove, the turd blossom, you remember?

Mike Papantonio: The guy’s such an odious character, the family actually called him the turd blossom. He was the person who started this, what we call the legal reform movement. He did that because it was a way to gain money, big corporations were paying the Republicans big money because the turd blossom was creating this notion of legal reform. One of the things that came out of legal reform was arbitration.

Arbitration is where a corporation always wins. You don’t win an arbitration. If you sign an arbitration contract on buying a car or a house and something goes wrong, you’re going to lose. The arbitrators, you’ll have typically three arbitrators, mediators, however it’s set up. This is arbitration. The mediator is just where one person’s trying to work at it. Arbitration, you’ll have three people voting on the case. Two of them are always going to come from the industry who has done you harm. It’s just a way that they don’t have to pay.

Lee Camp: Yeah, well, when you get to this level, I think the corporations have taken control of so many levers of the state that they pass all these things to make it so difficult for the little guy to actually go after them or bring a lawsuit. Mike, you’re out there fighting the good fight, so thank you so much for what you do and thanks for talking with me.