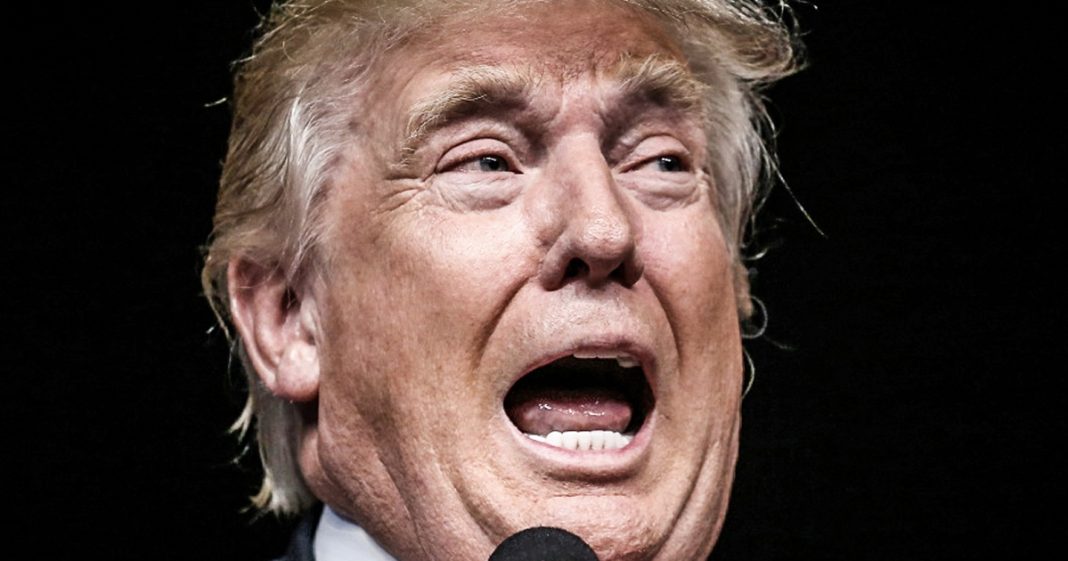 According to top military officials, the only reason that Donald Trump decided to launch a missile strike in Syria was because he had already said on Twitter that he would take swift action against the country, in spite of Russia’s threats to shoot down our missiles. He ignored their advice to seek Congressional approval, and it was all because he wanted to make his Tweets come true. Ring of Fire’s Farron Cousins discusses this.

A new report in the New York Times claims that Donald Trump only sent missiles over to Syria to bomb those buildings because he had previously tweeted out a few days before that he was going to be tough on Syria. Here’s the way military officials, including National, excuse me, Defense Secretary Jim Mattis, this is what they said happened in the week leading up to those missile strikes in Syria.

Russia came out and said, “United States, if you shoot missiles over here, we’re going to shoot them down.” Then Donald Trump got on his big, bold tweet saying, “They’re going to be bigger, stronger, smarter missiles, and you’re not going to be able to shoot them down.” Fox and Friends decides to run a segment saying, “Russia should not be saying that. We’re tougher than them. We’re getter than them,” to which Donald Trump then live tweeted that same segment talking tough about Syria, saying we’re going to shoot missiles, we’re going to bomb them, we’re going to do whatever we can, all while Jim Mattis is in the background telling Donald Trump, “First of all, we have no proof that this alleged chemical attack was actually a chemical attack or that Asad did it. We don’t know the facts, so could you please shut your damn mouth for a few minutes and stop the tweeting.” Those weren’t his exact words, but this is what they’re saying kind of happened behind the scenes. “Hold off on doing anything until we get the facts.”

Then when Trump said, “No, I want to send missiles over there,” he said, “Okay, well let’s get the approval of congress first.” Trump said, “No.” “Mister Trump,” the official said, “Wanted to be seen as backing up a series of bellicose tweets with action, but was warned that an overly aggressive response risked igniting a wider war with Russia.” That is coming from officials in the United States military who were around Trump as he made the decision.

This was not based on whether or not the chemical attack happened. This was based on the president saying, “Well shit, I already tweeted that out, so I guess I got to do it. All right, let’s bomb them.” That’s what happened. For all those people out there who think that, “Oh, Donald Trump’s Twitter feed, that’s nothing to talk about. It’s just a distraction,” he just bombed the hell out of Syria because he wanted to make sure that he didn’t look like a liar in his tweets saying he was going to be tough on Syria.

This is what happens when you give the keys to the United States to a petulant little man child who has no idea what he’s doing. To their credit, people like Jim Mattis who said, “We have no evidence that these attacks were real, or that they took place, or that this was carried out by Asad, or that it was a chemical attack, and we have to get the approval of congress,” yeah, to his credit Mattis tried to do it the right way and wait for evidence, but Trump couldn’t do that because he was watching Fox, and Friends and getting mad, and tweeting. That is what our United States Foreign Policy is based on today. By that measure alone, Donald Trump needs to be removed from office immediately under the 25th Amendment as being unfit to serve as the President of the United States.