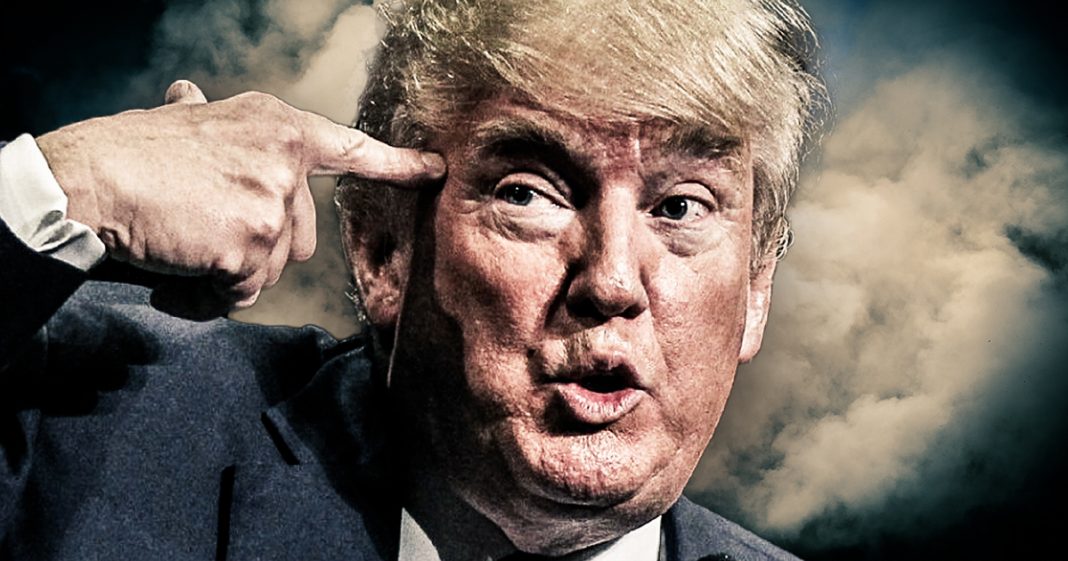 Last week, Donald Trump signed an order that will give the EPA the permission that it needed to reevaluate how they determine air quality standards in a given area. What this means is that they will be able to allow corporations to emit more toxic pollutants into the air by ignoring science and following corporate money. This is an order that is going to kill American citizens, as Ring of Fire’s Farron Cousins points out.

In a move that, once again, like so many other things, went unnoticed by the Trump administration last week, Donald Trump sent an order to the EPA that is going to change the way that the agency evaluates air quality in any particular area, which means that it’s going to allow polluters to continue sending deadly toxins into our air.

Here’s what this new order tells the EPA basically. Ignore science. You come up with your own standards and your own way of determining how good or bad the air quality in a particular area is. If you determine that the air quality is not as bad as we thought then we can allow corporations to go ahead and just put a little bit more pollutants into the atmosphere, more carbon monoxide, more carbon dioxide, more lead, arsenic, mercury, cadmium, whatever it is. They can put more of it in the air as long as you say that the air quality in that area is not as bad as we had thought it was.

This is going to lead to the deaths of American citizens. I want everybody to understand that for a second. Rolling back air quality standards for the United States has the potential to kill 100,000 American citizens every single year, not just over the lifetime, over the span of these regulations being rolled back, but 100,000 people every year, men, women, children, black, white, Hispanic, Christian, Muslim, Jewish, and everyone in between. 100,000 people a year are going to die because this administration wants to let corporations pollute a little bit more so that they don’t have to spend more money on carbon capture, so that they don’t have to spend money on factories that don’t emit these kinds of pollutants.

This is dollars and cents we’re talking about here. These are not massive expenditures that these corporations have to make. [inaudible 00:02:08] one, two hundred thousands bucks a year, but that’s not worth it for these corporations. They would rather see people put into an early grave than have to spend that money. This administration is totally fine with it. That’s why they’re rewriting the EPA’s rules.

The reason they have to rewrite the rules is because many years ago, actually during the Bush administration, the Supreme Court ruled that the EPA has a duty to fully execute every single rule that they have in place. Right now they have a rule in place that says, “You got to go monitor the air quality and you’ve got to use these criteria.” Trump issues an order saying, “You don’t have to use those criteria. Make up your own criteria and then you go out and use it. And if we kill 100,000 people a year, so be it. I love corporations and I hate American citizens.”

He may not have said that, but let’s be honest. That’s what this means. If you vote republican you’re voting for people who put the profits of corporations over the lives of American citizens. If you vote republican you’re saying that you’re okay with 100,000 people a year dying an early death due to pollutants put in the air by corporations. That’s what being a republican in the United States means.

I will not make apologies for saying that and there’s nothing you can say to change my mind. I have been watching these people for decades. I’ve been reporting on environmental issues for more than 10 years. I know which party does what. The democrats may not be perfect on the environment but the republicans consistently at every possible opportunity vote in favor of corporations. They rig the rules for corporations just so that these groups can save a little money, even if it comes at the expense of American lives.