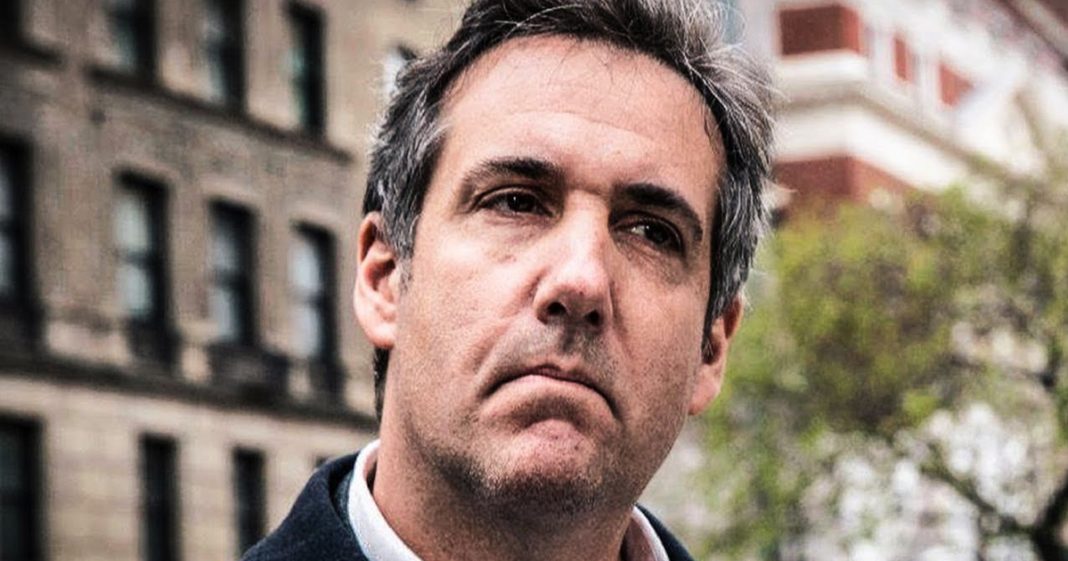 Michael Cohen, Donald Trump’s embattled personal lawyer, has decided to drop the libel lawsuits that he had filed against both Buzzfeed and Fusion GPS for their role in producing and publishing the Steele Dossier. This is a very important move by Cohen, and could mean that the allegations in the dossier are completely true. Ring of Fire’s Farron Cousins discusses this.

Donald Trump’s long-time attorney, Michael Cohen, has decided to drop his libel lawsuits against both BuzzFeed and Fusion GPS for the production and publication of the Michael Steele dossier. So he doesn’t think anymore that he needs to sue them for defamation based on what was published in that Steele dossier. Now, here’s what’s interesting about this story. According to Cohen’s lawyers, he’s dropping this lawsuit because he’s already embroiled in all these other scandals and lawsuits and legal proceedings, and he just doesn’t have the time or resources to, you know, make this lawsuit a reality.

And I can tell you, as somebody who has worked every single day for the last 14 years around plaintiffs’ attorneys, that’s not what happens at all. There’s no such thing as not enough time to handle a lawsuit. That doesn’t happen. Any law firm in this country that said, “Well, we just can’t do it”? No. No, no, no, no, no. Especially if it’s a defamation suit. The only reason defamation suits get dropped is because you know you don’t have a case, and that is exactly what has happened here. Michael Cohen and his attorneys are lying to us when they say that they just don’t have the time, energy, resources, or whatever to handle this lawsuit.

We already knew that, though. That’s already been verified, that he made that overseas trip that he swore he didn’t make to Prague. Oh, then it turns out he was in Prague and then oh yeah, everything that we’ve actually investigated from the Steele dossier has turned out to be true right now. That’s why the defamation suit is being dropped. It’s not because he doesn’t have the time to handle it. It’s because he knows that he can’t defend all of the things, or prove that they were false, that were said about him or maybe anybody else in that dossier, not to mention the fact that with the new records that the FBI seized from his office, his home, and his hotel room, yeah, it’s pretty likely that they have more than enough information to destroy his defamation suit, and that’s why he’s making it go away.