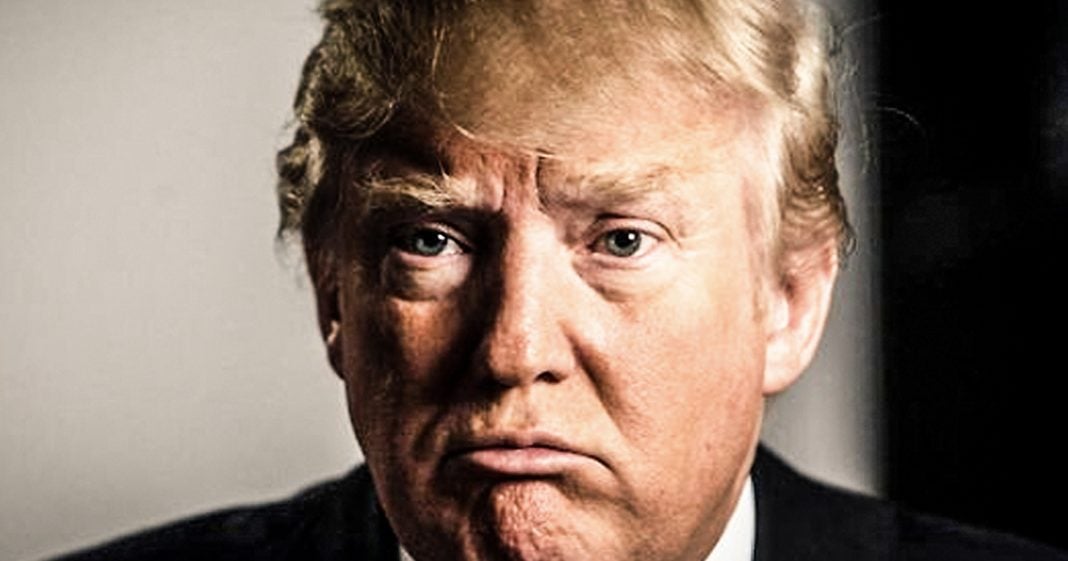 Dozens of Republican lawmakers in the House of Representatives have raised less money than their Democratic challengers this year, providing further proof that a blue wave this November is likely to happen. But rather than reflecting on their own shortcomings, these Republicans are squarely blaming Donald Trump for their inability to raise campaign funds this year. Ring of Fire’s Farron Cousins discusses this.

The Republican Party is in really big trouble right now, because they cannot raise enough money for the 2018 mid-term elections. Right now, you have 43 sitting Republicans in the US House of Representatives up for election this year that have been out raised by their Democratic non-incumbent opponents.

Furthermore, you have an additional 16 members on the Republican side of the House of Representatives that actually have less cash on hand than their Democratic opponent. When you add to that the number of republicans from the house that have just said screw it, I’m retiring and not seeking re-election this year, it all adds up to a very pathetic state for the Republican Party ahead of this years mid-term elections.

But don’t worry, they’re not blaming themselves for it, they’re not going around saying “Man those horrible polices I enacted really hurt my chances at re-election.” No, no, no, no, according to these Republicans who are being out raised by Democrats, this is all Donald Trump’s fault. The taint of Trump spreads across the land, we just have too much anti Trump sentiment in this country for any Republican to be able to raise enough money to beat a Democrat.

That’s what they’re saying right now. And to an extent, there is some truth to that. Yes, the stench of Trump is hurting all Republicans, but see what’s happened in the last few years, or last year and a half I should say, is that voters are no longer distinguishing between Donald Trump and the rest of the Republican Party. That separating doesn’t exist anymore. Donald Trump is not a different breed of Republican, he is the current breed of Republican.

And all of those people who refuse to stand up to him in congress are just like him. They either tacitly or openly endorse what he says, what he does, and voters are pissed. That’s what’s happening here, that’s why you can’t out raise the Democrats at this point. And it Republicans think “Oh, this is no big deal, we’ll still win, the money will come.” Yeah, historically that’s not true.

In fact, the situation that we’re looking at here ahead of the 2018 mid-terms is identical to what happened ahead of the 2010 mid-terms when the Democrats lost control of the house and senate. You see … Or at least the house I should say. Democrats back then were being out raised by Republicans, there was this anti-Democratic sentiment because of all the talk of death panels and socialism surrounding Barack Obama. And voters rejected that, and Republicans took more than 60 seats in that years election.

Pretty the same scenario is most likely going to play itself out in the 2018 mid-terms. The Democrats need not get complacent, this is not a new found love of the Democratic Party amongst the public, this is a rebuke of the Republican Party. So it’s up to the Democrats to figure out how to sustain this and turn these people into longterm Democratic voters.

If they can figure out how to do that and ride their ship. But right now the Republicans are the ones whose ship is sinking even faster. And all they can do is sit there are blame Donald Trump for the horrible policies that these people have been pushing on us for decades before Trump even got into American politics.