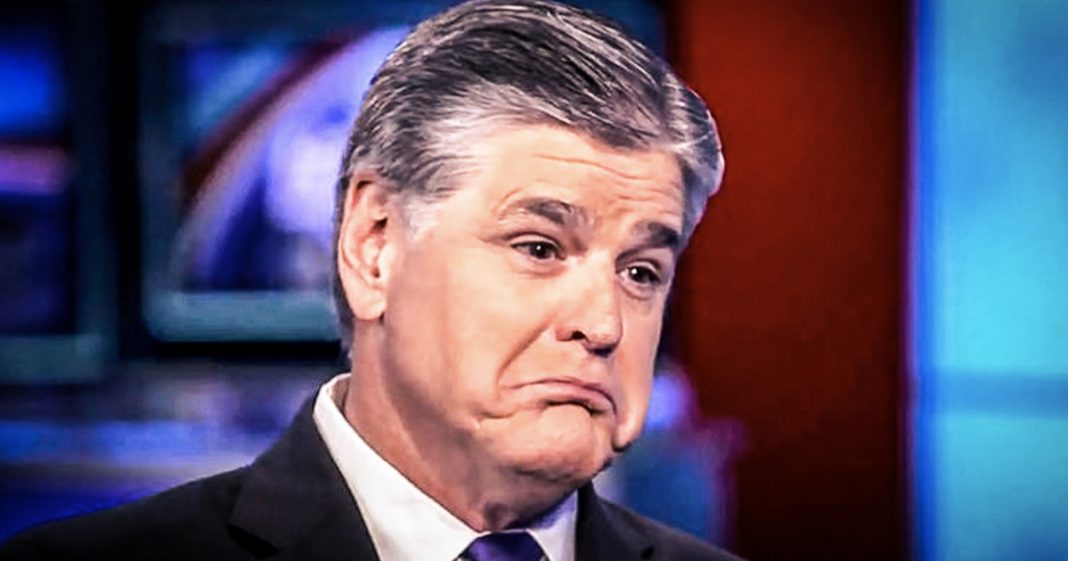 The Washington Post recently conducted interviews with several White House staffers where they admitted that Sean Hannity “basically has a desk” at the White House, and that he and the President speak on the phone quite frequently. Among the things they discuss are what the President should tweet out to the public, meaning that Sean Hannity is helping the President draft his horrid, juvenile tweets. Fox News is calling the shots in America today, as Ring of Fire’s Farron Cousins explains.

All those disgusting tweets that we see come out of the president’s account where he’s attacking other human beings, where he’s insulting people for the way they look, the way they dress, the way they speak, those are coming from Sean Hannity as well. It’s the two sickest minds in this country somehow melding together to make the most offensive and disgusting tweets imaginable in this country. But here’s what’s even more interesting about it though. This goes far beyond just Sean Hannity ghostwriting Donald Trump’s disgusting Twitter account. This is about the fact that Fox News has a seat at the table, and more than that, Fox News is calling the shots. It’s not like the president’s calling them for advice. They’re calling to give him unsolicited advice. They have something they want to say to the president, and by God, those staffers have a duty to put him through to the president.

Sean Hannity has more power right now in the United States than a jackass like him should ever have. I mean, think about it. How many people in this country could actually call into the White House and immediately be put through to the president? Only a handful, and most of them are probably Republican donors. I don’t imagine Charles Koch would be left on hold very long, but it would probably be longer than Sean Hannity is. Fox News is now calling the shots. Fox News is helping to run this country. All the racism, all the bigotry, all the hatred, all the misinformation that we have seen out of Fox News for the last few decades is now in charge of crafting policy in this country because Donald Trump is too stupid and incompetent to be able to do it himself. Can you imagine being incompetent on a level to where Sean Hannity has to help you out because you’re not good enough to do it? That’s what we’re living in right now, and we will continue to be living in this state of Fox News and the White House sharing one brain until Donald Trump gets removed from office.