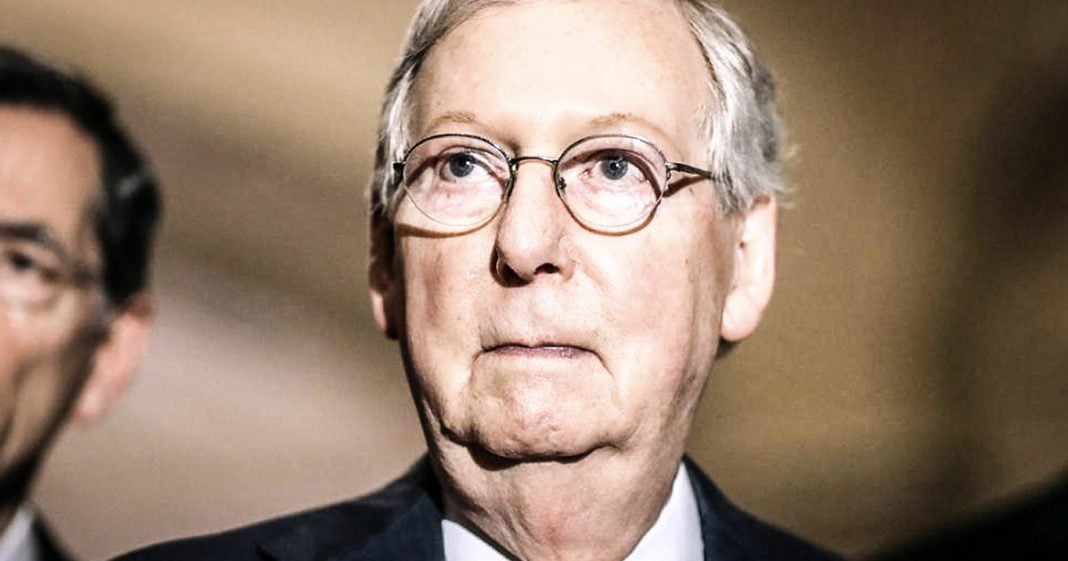 Mitch McConnell has once again proven that he is a threat to democracy, as he has unilaterally decided that a bipartisan bill designed to protect special prosecutor Robert Mueller from being fired by Donald Trump would never see the light of day in the Senate. This leaves the door wide open for Trump to do as he pleases with Mueller, and shows how spineless and cowardly Mitch McConnell truly is. Ring of Fire’s Farron Cousins discusses this.

Republican Senate Majority Leader Mitch McConnell announced this week that he would not be allowing a piece of legislation meant to protect Robert Mueller from being fired by Donald Trump. He will not let that bill come to the Senate floor and be debated and voted on.

Republicans support this, probably not because they want to see the results of this investigation, but because they understand if Trump fires Mueller, that is basically the death knell for the Republican party for the 2018 midterm. They’re doing it to save their own behinds here. But at least, they’re trying to protect him.

But I tell you what can be voted on, and that’s Mitch McConnell as a US senator. The next time he is up for reelection, he better get voted out of office, or if anybody in this country maybe has information that Mitch McConnell has done something illegal, for the love of God, come forward with that information so that we can get this man removed from office. He is a threat to democracy, and Republicans should actually support this move, because he’s the one who’s helping to tank your party right now.

He is not a strong leader. He is another Donald Trump sycophant who will do whatever it takes to support and appease this disgusting human being that we have sitting in the oval office right now. Excuse me, he’s not in the oval office right now. He’s down at Mar-a-Lago as per usual. But Mitch McConnell still won’t stand up to him. Mitch McConnell won’t stand up to anybody except his own party and the Democrats who want to protect Robert Mueller from being fired by our sociopathic president.