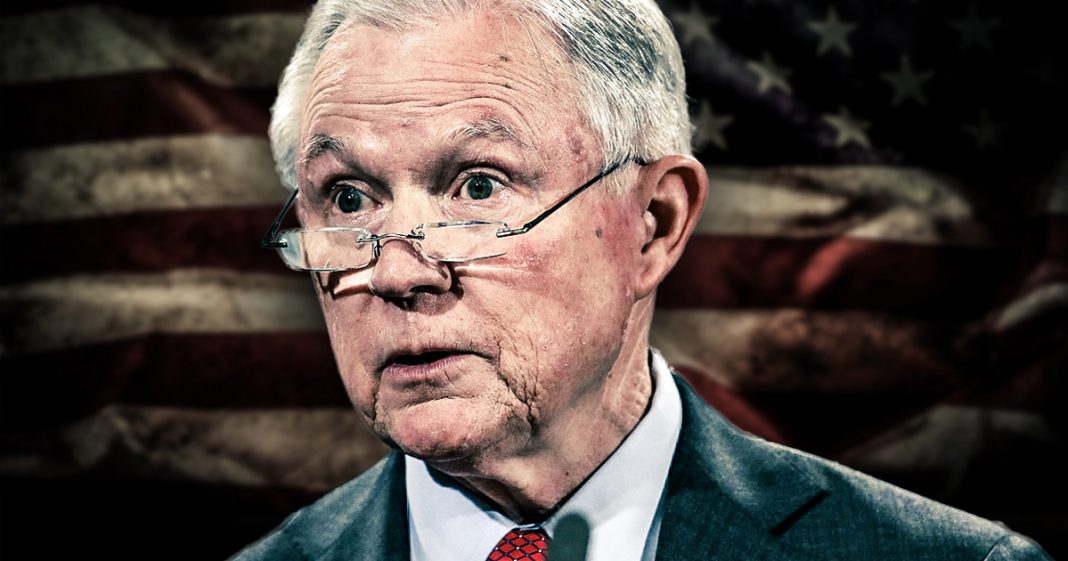 Attorney General Jeff Sessions is hoping to change the rules for immigrants entering the United States under certain circumstances, including those fleeing domestic and sexual violence. Sessions claims that many of these women are simply lying in order to get into our country, though there is no proof to back up his claims. Ring of Fire’s Farron Cousins discusses this.

And, right now, yes, there are loopholes for women trying to enter the United States fleeing domestic violence or sexual abuse. They kind of get a fast pass to go through the system and become citizens, or at least get a green card, temporary residence, in order to get away from those dangerous and, often, deadly situations.

Jeff Sessions wants to close that. Why? Well, as Sessions himself says, most of these women are probably lying about it anyway, so we need to close that loophole and keep these liars out of the United States.

Now, if that sounds familiar, it’s because that has basically been the entire republican party’s attitude towards women who are the victim’s of domestic violence or sexual abuse, since forever. The women are always lying. We always have to listen to the men, and if the man says he didn’t do it, then he didn’t do it, and the woman’s just a liar. That’s typically how things operate here in the United States. It’s completely wrong and completely backwards, and unfair, and unjust, but that’s unfortunately the way things are.

And now, Jeff Sessions wants to bring that same kind of hatred towards women to the Department of Justice and the United States Immigration System. This man is so hell-bent on keeping people out of the United States that he is willing to turn away women, who are coming to this country, fleeing domestic violence, and send them back to that, send them back to the hell that they just escaped from. That’s what Jeff Sessions wants to do.

And there is no reason for it, other than pandering to the racist alt right base. Jeff Sessions, himself … Look, we know that this guy has a very strong history of pretty much being a racist. There’s no other way to paint that picture. We have evidence from his past that suggests that, yeah, Jeff Sessions, not exactly kind to non-white people. So, it doesn’t surprise us that he would take his hatred for women, that most republicans seem to hold, combine that with his hatred of non-white people, and somehow use that to influence immigration courts here in the United States.

This loophole that allows women to come into this country, so that they can escape domestic violence, so that they can get away from their rapist, that’s not a loophole, that’s called being a decent human being. But, apparently that’s too much for a guy like Jeff Sessions.