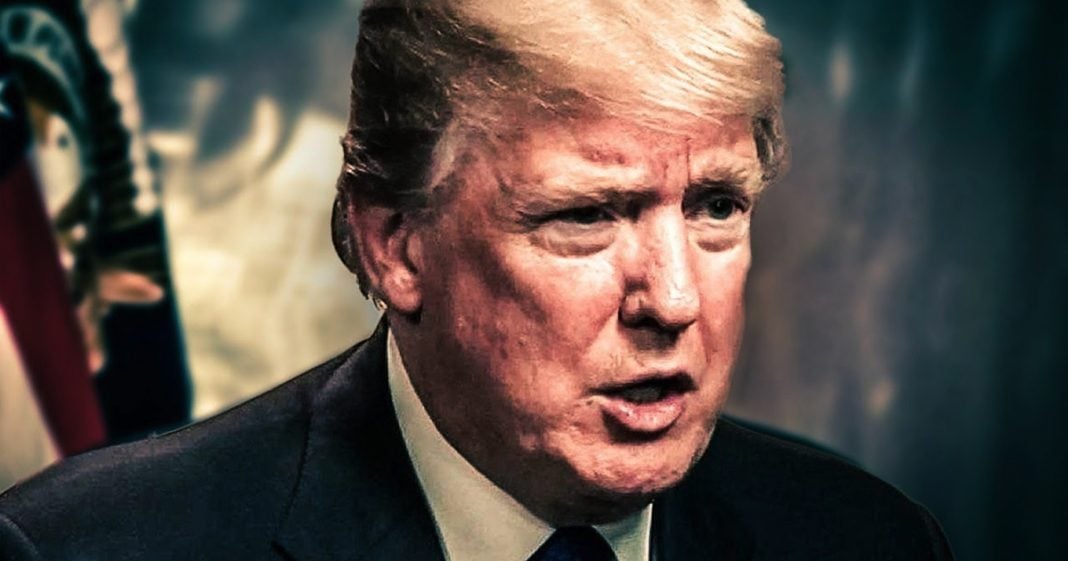 Following Friday evening’s missile strike in Syria, Donald Trump had his own “W” moment when he tweeted out “Mission Accomplished.” When he was universally ridiculed for his use of the slogan that haunted George W. Bush, Trump attempted to play it off saying that the knew there’d be backlash, but he’s going to use the slogan often to support our military. Ring of Fire’s Farron Cousins discusses this.

Following Friday evening’s missile strike in Syria, Donald Trump took to Twitter where he used the phrase, “Mission accomplished,” to describe the air raids that took place in Syria at the hands of the United States. Immediately he was ridiculed, almost universally, by both liberals and conservatives, because of the connotation that that phrase really has with it.

Most people remember, back in 2003, when George W. Bush landed on that aircraft carrier and he had the huge banner in the background that said, “Mission accomplished.” That was immediately after the fall of Saddam Hussein. George W. Bush thought it would be a good idea to have “mission accomplished” in the background. That image of him standing in front of that banner became the entire symbol of the Bush administration. Hubris, premature adulation, and just overall not understanding what’s happening in the world.

Donald Trump decided it would be a good idea to take that phrase and use it to describe what he just did in Syria. Then, on Sunday, after being ridiculed for many, many, hours for using that phrase, Trump tweeted out this, “They Syrian raid was so perfectly carried out with such precision that the only way the fake news media could demean was by my use of the term, “mission accomplished.” I knew they would seize on this, but felt it is such a great military term it should be brought back. Use often.”

Now, mission accomplished for George W. Bush really meant an era of endless war for the united states with no clear goal, no real strategy, just go and bomb people, send US troops over there. Maybe something good’ll happen, maybe it won’t, but we do know we’re going to end up with a lot of American soldiers in body bags. We really have no reason to think that the president’s actions today, with Syria, will be any different. He has no clear game plan. He has no military strategy. He doesn’t know what he’s doing over there. He’s already gotten rid of some of the people who might’ve understood what’s going on. Keep in mind, it only took four full days of John Bolton being his national security advisor before he sent millions of dollars worth of missiles over to Syria.

Yeah, this is Donald Trump’s mission accomplished moment, because just like George W. Bush, he’s gotten himself into a situation that he doesn’t know how to handle. He doesn’t have anyone around him smart enough to tell him what to do. Here we are with another quagmire, just like with George W. Bush.