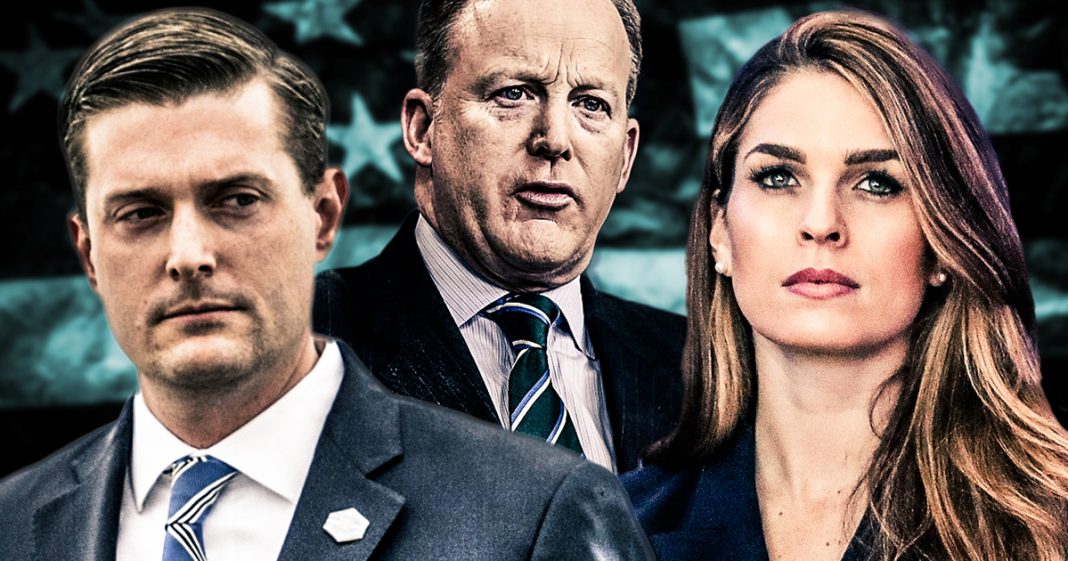 According to a new report by Buzzfeed, former members of the Trump Administration are still struggling to find work in Washington, D.C. because no one wants to hire people that worked for Trump. There are several reasons why working in this administration could put a permanent stain on your resume, as Ring of Fire’s Farron Cousins explains.

According to a new report by BuzzFeed four more members of the Trump Administration are having a very hard time finding employment in Washington D.C. Now this BuzzFeed report comes on the heels of reports from about a month ago where White House staffers admitted that yeah, they’re trying to find other jobs so that they can leave the Trump Administration. They just can’t find anybody wiling to hire them. BuzzFeed decided to look into it a little further and they talked to several job recruiters in Washington D.C. and the recruiters admitted that yes, absolutely, when you tell a potential employer that the potential employee worked for the Trump Administration they have a bit of a visceral reaction. You see, what’s happening is that people inside the Trump Administration are not getting actual government experience. They’re not getting real policy experience. And therefore, when you’re trying to go find a job that involves policy or anything like that, they’re not going to hire you because you don’t know how the government actually works. Much like Donald Trump himself.

These people are struggling. They can’t find work in D.C.. Some of them who are still employed by the Trump Administration feel like they’re stuck there because they can’t get a job in politics anywhere else. And the ones that have left are basically sitting around waiting for anybody to call them back for a job interview. I mean, hell, it’s not just limited to part-time staffers or entry level folks either. Sean Spicer has yet to obtain a full-time job since leaving as White House Press Secretary. He applied at every single cable news network and every single one of them, including Fox News, turned him down. That’s how damaged these people who worked for Donald Trump really are. And again, it has everything to do with the fact that this is not how the government is supposed to work.

If you’re working for a guy who’s doing everything wrong, teaching you the wrong way, showing you the wrong way to do everything with the federal government, it makes perfect sense that some of these think tanks or other organizations, political organizations in D.C. would not want to hire you. You’ve been trained incorrectly and it’s going to take a lot of time and investment to get you thinking correctly about how to do things, whether it’s liberal or conservative. Because keep in mind, most of the people in the Trump Administration are conservatives. And these are conservative groups that do not want to hire them because even they understand, maybe not publicly, but at least behind the scenes that this is not how the federal government is supposed to work.