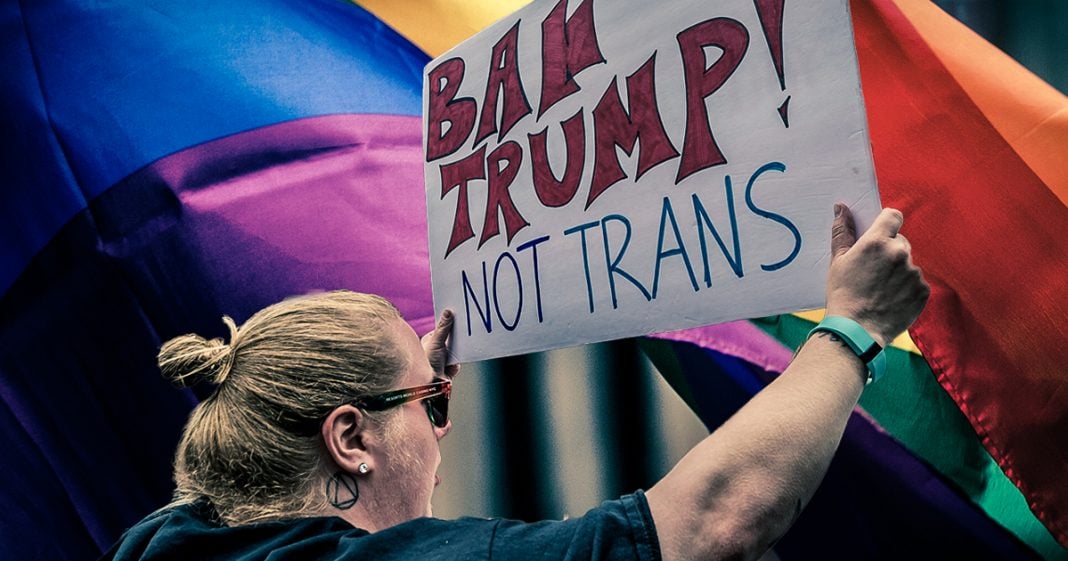 A federal judge in Seattle has struck down Donald Trump’s most recent ban on transgendered troops serving in the military, saying that she was not persuaded by the arguments laid out by the President. Trump claims that the ban was put in place because of the high cost of medical care for transgendered troops, but that has proven to be an absolute lie. Ring of Fire’s Farron Cousins discusses this.

On Friday a federal judge in Seattle struck down Donald Trump’s latest trans-gender troop ban for the United States military saying that first of all, the ban really doesn’t stand up to any kind of legal muster. But more importantly Donald Trump’s rationale for putting this ban in place makes absolutely no sense whatsoever.

See, originally the Trump administration when it came out with their first trans-gender troop ban said they that were doing it because the cost of medical care for these troops was just too high. We’re spending too much money on them, so we’re just going to ban them from ever being able to serve in the military.

And then after that got struck down they kind of tweaked it a little bit, used the same reasoning and then tried to pass it off as if it were something new. They judge in this case said, yeah, there’s really no distinction between the two trans-gender bans and therefore neither of them are constitutional. “You can not do this”, the judge said.

So here’s what we’re looking at, at this point. First of all, let’s address the cost issue that Donald Trump was talking about, the whole reason for this allegedly. While as it turns out Donald Trump’s travel and vacation time for the last year is actually more expensive than what the United States military spends in a year on trans-gender troops.

So if it was really a cost issue, Donald Trump wouldn’t be traveling all over the country to go play golf whenever the hell he feels like it so he can pocket the profits off of that from the federal government. Yeah, that doesn’t work, especially considering the fact that didn’t we just increase the military’s budget by 70 or $80 billion on top of the hundreds of billions of dollars they already got?

If there’s one government agency or government division, department, whatever we want to call it, that has enough money to cover stuff, it’s the military. Under no circumstances does Donald Trump’s reasoning hold up to reality. That actually seems to be the case with most everything Donald Trump does, but in this specific case, this trans-gender troop ban had nothing to do with money and everything to do with bigotry.

That’s what this was. That’s why he did this. I guarantee you and in fact we do know that Mike Pence had a hand in crafting this trans-gender military ban. This is all about the religious right trying to make a statement that they do not like people who are different from them.

They do not accept people who are different from them and they’re going to do whatever they can to sneak that hatred and that bigotry into United States policy and that is exactly what this trans-gender military ban is all about. And this judge in Seattle saw right through what this administration was trying to do and struck it down.