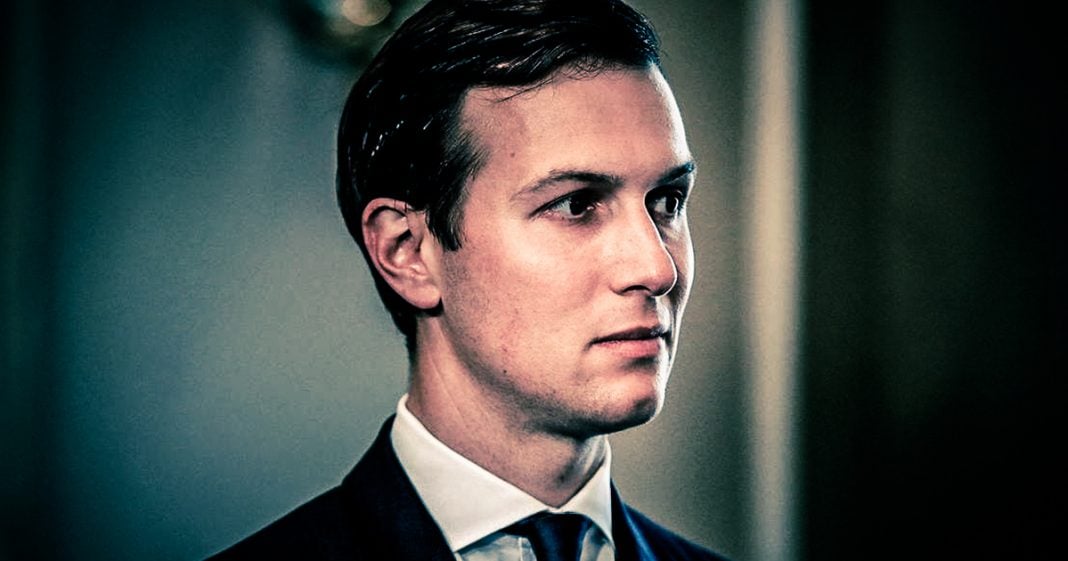 According to a new book about the Trump White House, Donald openly mocked Jared Kushner in front of White House staffers after his first TV appearance and said that Kushner looked like a “little boy” and a frightened child. He also allegedly said that it was a mistake to bring Jared and Ivanka to DC with him, something most Americans would probably agree with. Ring of Fire’s Farron Cousins discusses this.

There’s a new book out by Ronald Kessler called The Trump White House: Changing the Rules of the Game. In that book, Kessler makes a fairly humorous observation, and that is that last summer when Jared Kushner finally made his first TV appearances since becoming an advisor at the White House, Donald Trump openly mocked Kushner in front of other White House staffers saying, “Look at Jared. He looks like a little bit, like a child.” This ribbing apparently went on for some time. Donald Trump would repeatedly make fun of Jared saying he looks like a little boy. He’s too young and immature and all of that, and it goes on to say that Donald Trump told Ivanka and Jared that they never should of left New York City. Basically Trump told his daughter and her husband that they would of been better off never taking jobs within the White House, and to be honest, I think that’s a statement that most Americans are also going to agree with. Both of them have proven to be completely useless and wholly corrupt since coming to the White House.

So if these claims that Kessler is making in this new book are true, and that’s a big if, what does this mean for the future of the Trump administration, and what does this mean for the future of the Trump family? We know, according to reports from The New York Times about a month ago, that Donald Trump has been working with his Chief of Staff, John Kelley to try and remove Jared and Ivanka from the White House, so what’s going to happen if he finally succeeds in getting those two buffoons out? How is that going to play out next time there’s a Trump family Thanksgiving dinner? I think that would be one of the most awkward divided Thanksgivings that you can possibly imagine. But I do have to actually agree with Donald trump on this issue, because those two have proven to be a cancer on this White House staff. Jared Kushner under four separate investigations at this point. Ivanka under investigation as well for other things that she has done.

Those investigations are adding up. They can take their toll on the Trump administration, especially if something horrid comes out those investigations, in the case of Jared, that seems incredibly likely. In fact, he may soon be under a fifth investigation for his meetings with people from the United Arab Emirates. I have no sympathy for Jared if Donald Trump is mocking him and calling him a little boy. I don’t think that, that’s a proper insult for him. I think more of a wholly corrupt individual that is probably going to spend some time in prison after he leaves the White House would be a more apt descriptor of Jared Kushner. But hey, to each his own.