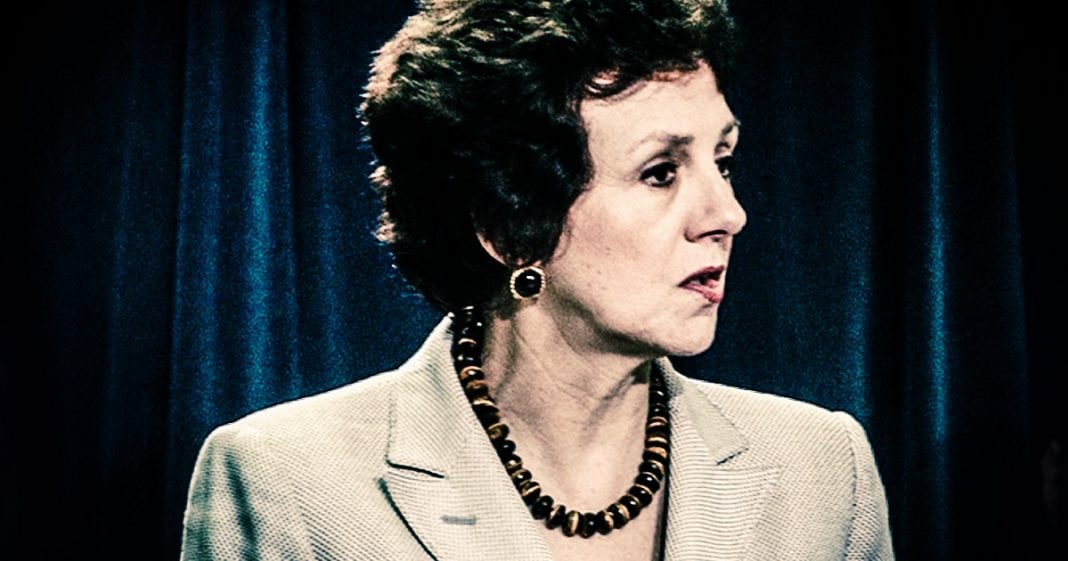 Donald Trump has appointed Susan Combs to be the new acting assistant secretary for fish, wildlife and parks at the Department of the Interior, a position that will allow her to oversee the handling of endangered species in the United States. Combs was formerly Texas comptroller where she worked aggressively to remove animals from the endangered species list to help businesses skirt regulations. Ring of Fire’s Farron Cousins explains what this means for wildlife in America.

Donald Trump recently appointed a woman named Susan Combs, who was a former Texas comptroller, to be the acting assistant secretary for Fish, Wildlife, and Parks at the Department of the Interior. In this new position, Susan Combs is going to be overseeing endangered species here in the United States.

During her time as Texas comptroller, Susan Combs actively tried to remove several different species from the endangered listing so that businesses didn’t have to reroute their plans, build somewhere else if they wanted to build in an area where an endangered species was living. She helped businesses get rid of these pesky animals that human beings are driving to extinction so that businesses could just do whatever in the hell they want to in the State of Texas. Now she wants to bring that same kind of attitude towards these creatures to the federal government.

Ben Carson with HUD hates HUD, hated it. Now he runs it. Scott Pruitt with the EPA wanted to abolish the EPA. Now he’s in charge of it. Betsy DeVos with the Department of Education hates it, but now she’s running it. Ryan Zinke with the Interior Department, the list is endless, folks. Donald Trump will take anyone who says they hate a government agency and put them in charge of it.

Now we have a woman who openly despises endangered species in charge of endangered species in the United States. I don’t know. I don’t know. This is one of those things that’s so hard to really wrap your head around. You know, it’s almost as if somebody would come out and say, “God, I really hate shoes,” and then Payless is like, “That’s our new CEO. We love that guy. We love that he hates this thing that we do.”

No, it can’t work that way, but that’s what Republicans do. They find somebody who hates an organization, hates a government agency. They put them in charge of it so that they can dismantle it from the inside. The environment suffers. Human beings suffer, but businesses make a hell of a lot of profit off Republicans intentionally destroying the government. That’s exactly what Susan Combs is going to do.