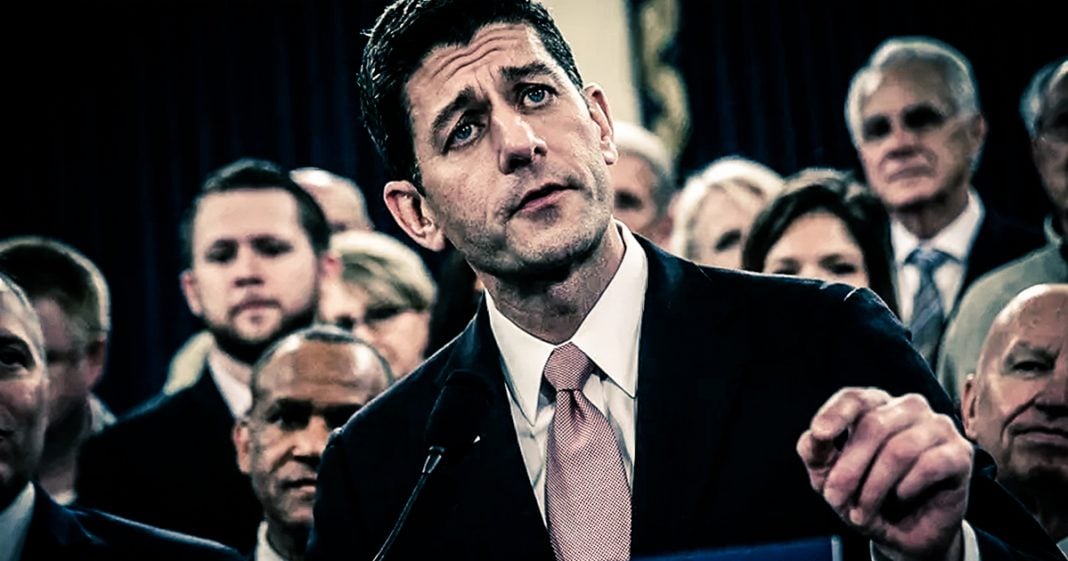 A flurry of new scientific research has confirmed what most of us already knew long ago, and that is that Republicans only enact policy based on the desires of their wealthiest constituents. Several different papers by political scientists have proven this theory, and they’ve also proved that middle class voters only see their political goals fulfilled when represented by Democrats. Ring of Fire’s Farron Cousins discusses these new studies.

According to a flurry of new studies, several different studies have come out in the last few weeks confirming this: republican politicians only rule for the wealthy in the United States. Now I know a lot of people right now are thinking like, “Okay, yeah, what’s next? Water is wet? We already knew that.” I know. I know. Everybody already knew that.

But here’s the thing. Political scientists just proved it. They looked at the data, they analyzed it, they interviewed constituents throughout this country, they looked at the voting records of congress, and they unequivocally confirmed that republicans in Washington DC and some at the state level will always go in favor of what the wealthy elite want them to do versus what the working class wants them to do. Republicans only care about rich people and now there is scientific evidence to prove that.

That is important. That is something that was missing from the conversation. That was something that we didn’t have in the past but now we do. These studies also found something else, something very interesting. Working class voters in the United States actually do get their voices heard and have their ideals voted on, voted into law and represented in this country when they have a democratic representative. This was confirmed by the study.

Here’s why this is important. Donald Trump was able to win a majority of working class voters in the United States by conning them into thinking that the republicans were the party that was going to take care of them. They were the party that cared about the plight of the American worker and the fact that you’re not getting a raise and all that. They used those talking points and they have for years. Republicans still sell those ideas. Unfortunately when put into practice they think the idea of giving a worker a raise is to give the company that they work for a tax cut and eventually it’s all going to trickle down and work itself out. We don’t need to get into the details. Don’t worry about that.

Yeah, it doesn’t work. Most American workers have admitted that now since the republican tax cut package passed in December. They haven’t gotten raises. They understand that was a lie. But science tells us now that if the working class wants their voices heard, if they want politicians to enact policies that actually benefit them, they have to vote for democrats.

The problem is they won’t. They’re going to hit on things like, “Paul Ryan can’t be trusted. Donald Trump is a bad human being,” things we already know. These studies can win elections if democrats are smart enough to read them.