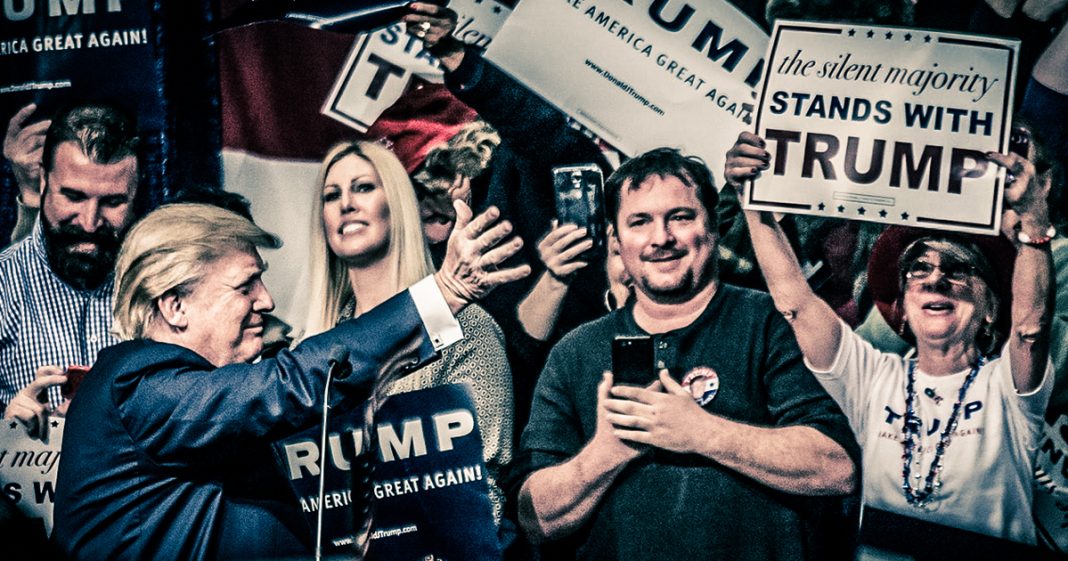 According to a new study, Americans as a whole tend to agree with one another on most of the important issues facing the country today. The reason we see so much partisan bickering right now is because of the “sports team mentality” that Americans seem to have, where they will just blindly support a political party and hate everyone on the other side. This is poisoning our country – just as George Washington warned us it would. Ring of Fire’s Farron Cousins discusses this.

A professor at the University of Maryland by the name of Liliana Mason has put together a new report that attempts to highlight the divisions amongst people here in the United States based on political ideology. During her research, Liliana Mason found something extraordinary. She found out that, when it comes to strictly issue driven politics, the majority of people in this country actually agree with one another. When you lump in political ideology, party affiliation, Democrat or Republican, that’s when the divisions, that’s when the hatred, and that’s when the debates about the issues begin. If you’re only talking issues, people agree with one another.

She points out things like same sex marriage, gun control, the economy, entitlement programs, climate change. The majority of Americans are in favor of more progressive policies towards all those specific issues and more. If broken down by political affiliation, by party affiliation, the divides begin. She blames this on the team sports mentality, here in the United States, in terms of party ID. The Democrats believe that the only goal is to defeat the Republicans. Republicans, likewise, believe the only goal is to defeat the Democrats. That’s not just in DC, that is people across this country, coast to coast, border to border. They only want to see their team win. They don’t care how they win. They don’t care if the accomplish anything decent in that victory. That’s what they want to see. They only care about the issues when party ID is removed from the equation.

That’s the problem. We have to stop looking at this as Democrat versus Republican, because when you get to the heart of the issues, the majority of people in this country are pretty damn progressive. That’s what we need. Before he left office, George Washington warned the rest of the country about the dangers of political parties, about the dangers of ideologies and how they would divide this country. He was 100% correct. That is what this new study by Liliana Mason is proving. People just want to see their team win, regardless of the cost and regardless of if they’re ever able to accomplish something.