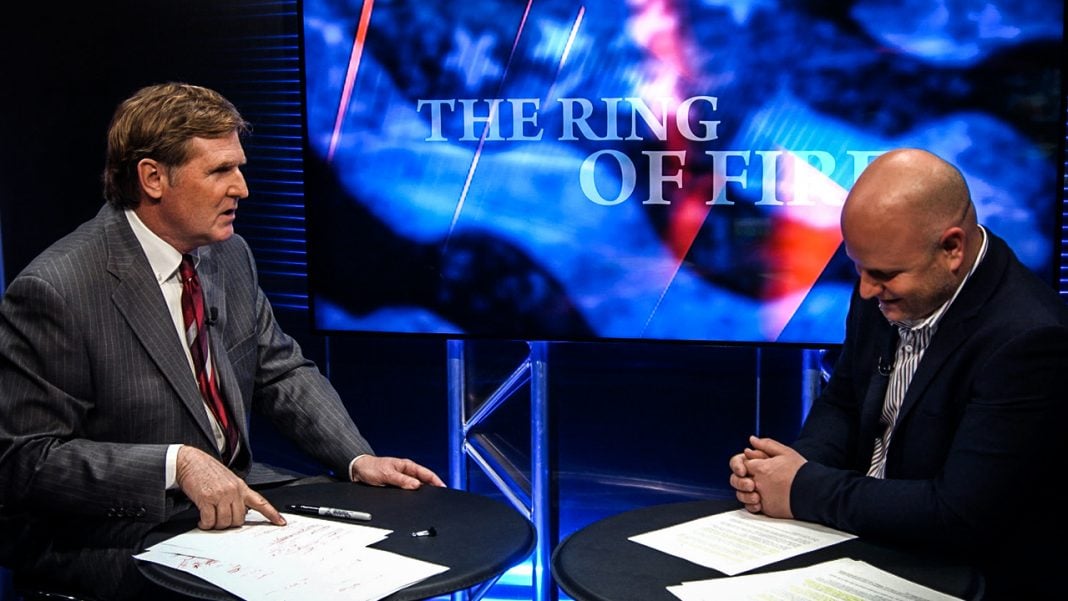 The corporate controlled media just can’t say enough nice things about white people, even when they kill scores of American citizens. The media has a massive racism problem, and they seem completely unaware of the double standard in their coverage. Ring of Fire’s Mike Papantonio and Farron Cousins discuss this.

Mike Papantonio: The corporate controlled media just can’t say enough nice things about white people, even when they kill scores of American Citizens. Listen to CNN, great examples as we’ve be talking about them. The media has a massive racism problem and they seem completely unaware of the double standard in their coverage. Now this story came up … I had to read it a couple times to really appreciate the impact of what’s being said here but Alternate carried this story. They said basically that the media is far more generous to white killers than they are to black victims. Of course, we go back to Trayvon Martin and we can see that pretty clearly. What’s your take on this story?

Farron Cousins: Well, speaking of Trayvon Martin, somebody last week after you had this Mark Conditt, this young white guy sending all the bombs around Austin, Texas-

Farron Cousins: The New York Times had a headline that said, “Bomber was described as shy, and nerdy, and from a Godly family.”

Mike Papantonio: Those the words, weren’t they?

Mike Papantonio: Shy, nerdy, from a Godly family, quiet. I wrote the words … It was almost like they were describing this child-like character who wasn’t responsible for what he did.

Farron Cousins: Right. And then somebody had taken that headline and put it right next to a headline from the New York Times after Trayvon Martin was murdered that said, “Trayvon Martin had been suspended from school for marijuana.”

Mike Papantonio: Well, no, I remember-

Farron Cousins: They would stop at nothing. They would show these horrid pictures of Trayvon Martin trying to make him look like this criminal.

Farron Cousins: Yeah. When he was the one who was murdered. Now, a white serial killer comes out and they say, “Well, poor guy, he had a close-knit family. He was home schooled. Oh, he’s just a misunderstood little psychopath.”

Mike Papantonio: You know, Mark O’Mara, the defense lawyer for Trayvon Martin, I mean for Zimmerman …

Mike Papantonio: … is a good friend of mine. As this case was taking place, every time he would see a headline like that, he would understand that’s working as a way to free Zimmerman, and that’s exactly what happened. With Trayvon Martin, it wasn’t just they made him look like a thug, they showed him with his t-shirt that said, “Weed, fight, and guns.” Do you remember that?

Mike Papantonio: It was all that same picture. There’s probably a lot to this that probably needs a little more exploring.