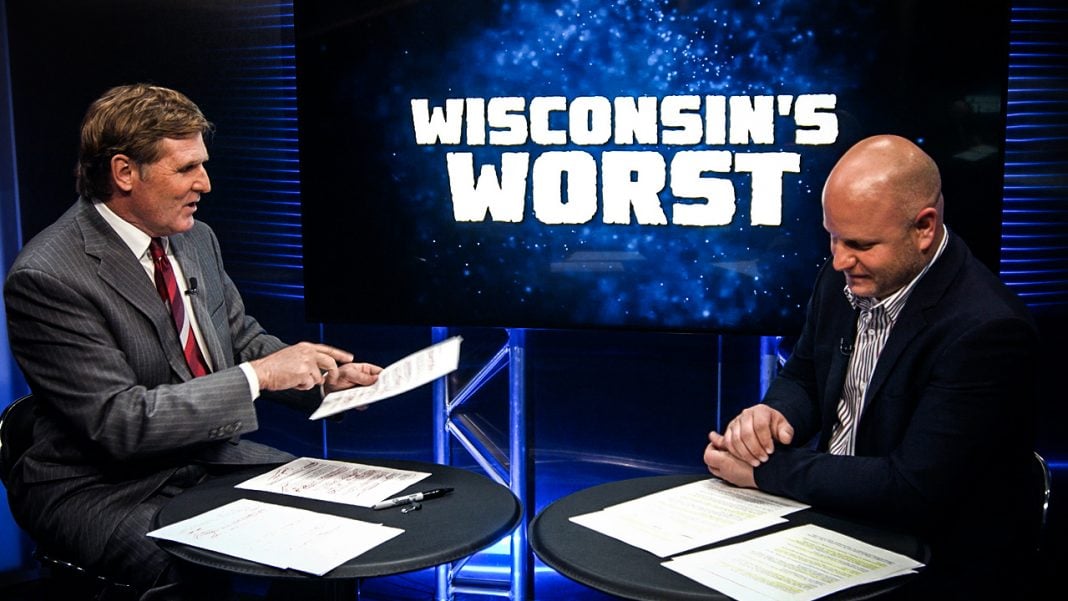 Wisconsin governor Scott Walker has been ordered by a judge to hold special elections to fill vacant seats in the state legislature, but Walker and his Republican buddies have other plans for the state. Ring of Fire’s Mike Papantonio and Farron Cousins discuss this.

Mike Papantonio: Wisconsin Governor Scott Walker has been ordered by a judge to hold special elections to hold vacant seats in the State Legislature, but Walker and his Republican buddies, they have other plans for the state. Now, here’s what this story really is about. You have two politicians, they retire. They don’t retire. They go to work for his cabinet, for Walker’s cabinet, so those two slots come open. There should be immediately a special election. Well, what ends up happening is they do the numbers, they do the math. They say, “We do better in a general election. With these two seats, we’re going to do better in a general election.” They’re going to wait for November. That’s the whole plan here. Let’s wait for November when all the Republicans are gemmed up and everybody wants to carry a banner and build a wall and hate. Let’s wait for that and then we’re going to have these two elections. Isn’t that what this is about really?

Farron Cousins: That’s exactly what it’s about. Scott Walker and the Republicans in the State Legislature understand that they will likely lose. They’ve seen what’s happening all around this country because people are angry at Republicans. It’s not because they’ve fallen in love with the Democratic party.

Mike Papantonio: No. They sure haven’t.

Farron Cousins: They’re just super mad at Republicans, and so they know we’re probably going to lose these seats. Then, the Supreme Court Wisconsin or the court in Wisconsin judge appointed by Walker actually just a few years ago, says, “You have to hold elections. This is your constitutional duty.” Then, earlier this week, Walker tried to file an injunction with the court and say, “Delay the special election or at least my decision to have a special election by one week because we’re going to pass legislation that’s going to say we don’t ever have to do this.” Judge says, “No, you can’t do that because you have districts that don’t have representatives.”

Farron Cousins: Exactly. The stupidest part of this is the fact that even if they lost those two seats, it doesn’t change the majorities-

Farron Cousins: … in the House.

Mike Papantonio: The majority is overwhelming. I mean, you got the House majority. What are the numbers? Yeah. It’s crazy. It’s 65 to 35. It’s not like anything is going to change with two seats, but that is that notion that first of all, Walker is a moron. I mean, let’s put it. As a moron, he’s a dangerous moron.

Farron Cousins: He’s acting like a dictator in the state of Wisconsin.

Mike Papantonio: Yeah. Well, they’re calling him the little dictator up there.