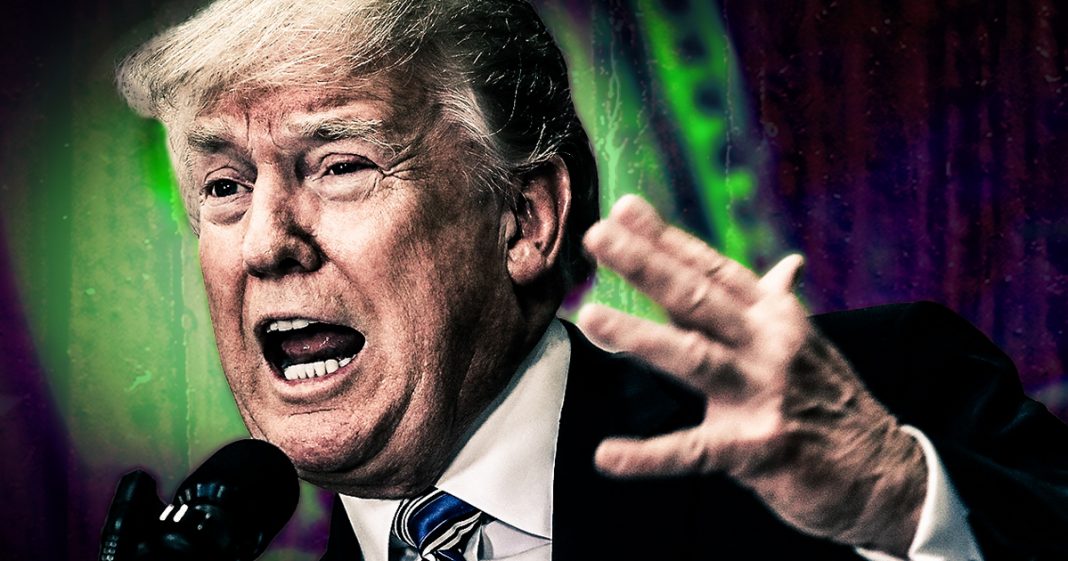 During an interview this week, Donald Trump claimed that the “pain” that we’re feeling from his trade war tariffs will only serve to make this country “stronger.” That’s not exactly how it works, but that’s exactly what we’ve come to expect from a President that has no experience whatsoever. Ring of Fire’s Farron Cousins discusses this.

Recently, Donald Trump gave an interview, over this past week, where he talked about his tariffs and the trade war that he has started with China. He said that there’s going to be pain, we’re going to feel some pain here in the United States from it. But when it’s all over, that pain is going to make us stronger as a country. Let’s talk about the pain that Donald Trump is personally inflicting on people here in the United States.

Moody’s, this week, said we’re going to lose about 190,000 American jobs. For a president who campaigned on bringing jobs back to America, creating new jobs, I’d say a hit of 190,000 just based on your misguided tariffs is a pretty big hit on your policy, but Trump doesn’t care about that. That’s all part of the pain, right? It’s going to make us stronger as a country when those 190-plus thousand people go home to their families and say “Guess what? I don’t have a job anymore, but Donald Trump promises that were going to be stronger because of it. I know I can’t feed you, but we’re somehow going to end up stronger. I know we’re going to have to apply for federal assistance, but that’s only going to make us stronger.” Oh, wait. Republicans have already tried to cut all of those programs, so you’re really not going to be able to support your family on those either. But don’t worry, because Trump says you’re going to be stronger.

On Thursday of this week, Trump proposed an increase in the tariffs that he’s already put in place against China, wants to take it up to about $150 billion. Every time he’s done something like this, they retaliate and raise the tariffs on us. It’s going to keep escalating, that’s what a trade war is. The real irony here is that we knew Donald Trump was going to get us involved in some kind of war when he came into office, we just didn’t think it was going to be a war of economics that has the potential to cripple entire sectors of the United States economy, which is what were about to start seeing.

In fact, according to reports, we’re already seeing the effects of it here in the United States and it is disproportionately affecting the people who voted for Donald Trump and helped to put him in office. Those are the people who are being most affected by the tariffs at the moment. The ripple effects are going to affect all of us here in very short order. As we approach the midterms and these job losses increase, because we already seeing job losses in parts of the country as a result of this, we’re going to see higher produce prices. We’re going to see higher prices on everything, and fewer people with jobs to be able to pay for these higher prices.

This is going to come back and really hurt Donald Trump and the Republican Party in the midterms because they’re not doing anything to reign him in. They’re not telling him no, they’re not standing up against it. Mitch McConnell said recently like, “Well, I’m a little worried about the effects that these tariffs could have on the midterm elections,” which is about as emotional and passionate as a guy like Mitch McConnell actually gets. This is more than just about elections. This isn’t about Donald Trump screwing over the Republican Party. This is about him screwing over American citizens, okay? Forget about the midterms for a minute. People are going to suffer immensely from these tariffs that Donald Trump has put in place, and the best he can say is that once we come out the other side of it, we’re all going to be a little bit stronger for it.