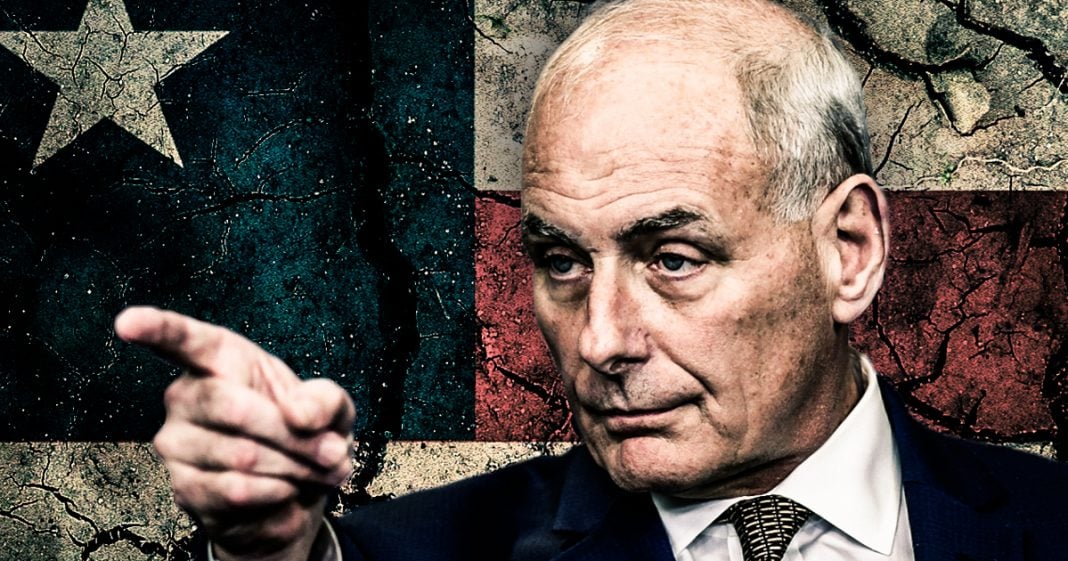 According to a report by the Associated Press, Donald Trump was sick and tired of John Kelly telling him “no” on issues, so he’s just stopped communicating his plans to him. This marks a massive shift in the Trump administration, and the effects of it are being felt across the globe with Trump’s trade wars and failing foreign policy. Ring of Fire’s Farron Cousins discusses this.

A great example was the fact that John Kelly did not want Donald Trump to hire John Bolton as his new national security advisor. Donald Trump didn’t want to hear the word no, so he hired John Bolton anyway. Now, the Associated Press says those two pretty much just don’t even talk anymore.

To be honest, we’re already seeing the effect of this lack of communication between the two, and Donald Trump’s complete inability to take the advice of another human being who might know a little bit more about policy than he does. We’re seeing it with the tariffs, we’re seeing it with the drone strikes overseas, we’re seeing it in every aspect of Donald Trump’s foreign policy, his domestic policy, and even what’s happening within his own staff. For example, Scott Pruitt. Even Republican lawmakers are calling on Scott Pruitt to be fired, but Donald Trump doesn’t want to be told what to do, and that’s probably why John Kelly himself hasn’t even called for Scott Pruitt to be fired because he knows that whatever he says doesn’t matter to the president of the United States.

Donald Trump, at this point, is off the chain. There are no more adults in the White House, not that there really ever were any. But there is nobody there even attempting to tell him what to do anymore or how to do it or offering even friendly advice. The only people that Donald Trump is actively seeking out at this point are Fox News hosts, people like Lou Dobbs, and Sean Hannity, and Fox & Friends, because those are the people whose opinions he actually cares about. He doesn’t care about John Kelly, even though he’s a decorated military veteran. Didn’t care about H. R. McMaster, same thing, decorated military veteran. He only cares about ratings, and viewers, and approvals. He gets all of those things from Fox News, so why would he even need a guy like John Kelly?

If I were John Kelly in the position that he is currently in, being completely neutered as the chief of staff, working for a guy that refuses to even speak to you anymore, and if he did speak to you, he wouldn’t take your advice, if I were John Kelly, I would walk out that White House door and never look back. At this point, you’re only hurting yourself. You’re showing the world how dangerously incompetent not only you are, but the entire Trump administration is. If you want to save what little bit of credibility or reputation you may have left, the only thing you can do is get rid, get out of the Trump administration.