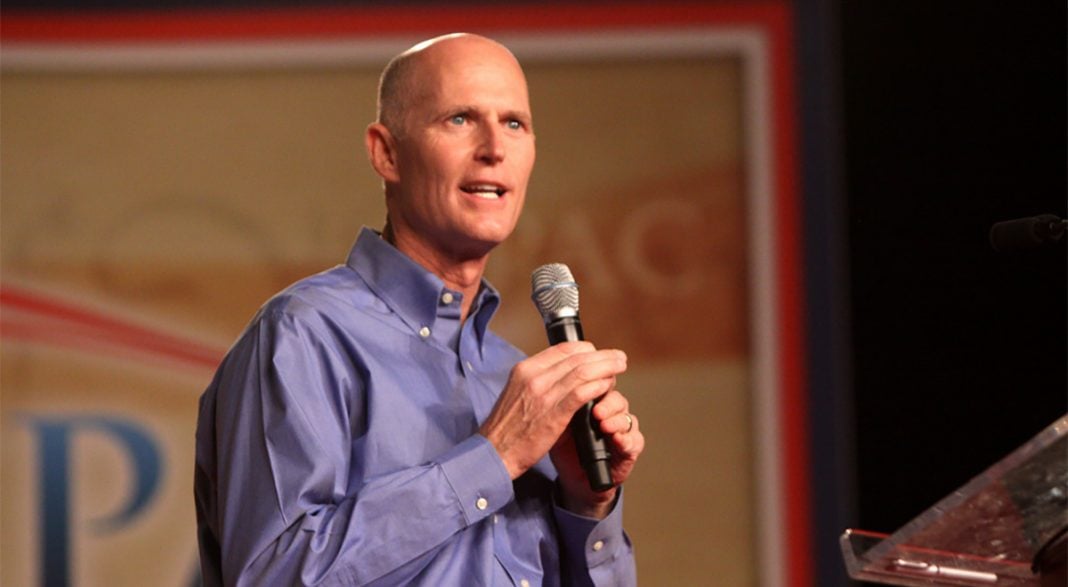 This week, U.S. District Judge Mark Walker struck a blow for justice and against ongoing GOP attempts to disenfranchise voters: he has ordered Florida’s Republican governor to come up with a new process for restoring the voting rights of convicted felons – and he must do so by April 26th.

Judge Walker’s court order mandates Governor Scott and Florida’s Executive Clemency Board to establish “specific and neutral criteria to direct vote-restoration decisions,” to make certain that ex-felons are aware of their rights – and to restore their voting rights within a reasonable period of time. This decision comes in the wake of a ruling in February in a lawsuit filed by the Fair Elections Legal Network, in which Judge Walker declared Florida’s current scheme “unconstitutional.” That lawsuit was filed over a year ago.

The current system was the brainchild of Governor Scott shortly after he took office in 2011. Most states, including Florida, strip convicted felons of their voting rights while serving their sentences. However, most states allow the voting rights of ex-convicts to be restored, either upon their release or once they have successfully completed the terms of their parole or probation. In three states however – Florida, Iowa and Kentucky – all who have been convicted of a felony are permanently disenfranchised, “unless government approves individual rights restoration.”

Not coincidentally, these states are Republican-leaning. A challenge to Iowa’s voter law was defeated in 2016, and Kentucky’s law remains the most restrictive in the nation. In the Sunshine State, the organization Floridians for a Fair Democracy has been able to garner enough signatures to allow an amendment on this year’s ballot that would restore voting rights to felons after they have served their sentences. However, this week’s ruling accelerates the process.

In his decision, Judge Walker took issue with the fact that the state’s Executive Clemency Board had such arbitrary power to disenfranchise those who have paid their debt to society: “Florida’s scheme of unfettered discretion violates the Equal Protection Clause of the Fourteenth Amendment.” He also noted that Florida’s current “system” violated “Plaintiff’s First Amendment rights to free association and free expression” – including the right to vote.

Earlier, Governor Scott and the Florida Executive Clemency Board had filed a motion for summary judgment based on arguments that the state’s disenfranchisement and re-enfranchisement laws do not prevent anyone from exercising their right to free speech and expression – they are certainly free to continue to publicly speak their minds, publish their views and petition their elected officials – but that as convicted felons, their right to vote was not constitutionally protected under the First Amendment.

Judge Walker found those arguments to be “unpersuasive.”

The end result is that 1.5 million more Floridians will be eligible to vote this year. That is bad news for the GOP, which can only win by discouraging and disenfranchising voters, but it is good news for the rest of us who have wearied of having a hard right-wing corporatist agenda shoved down our collective throats for far too long.