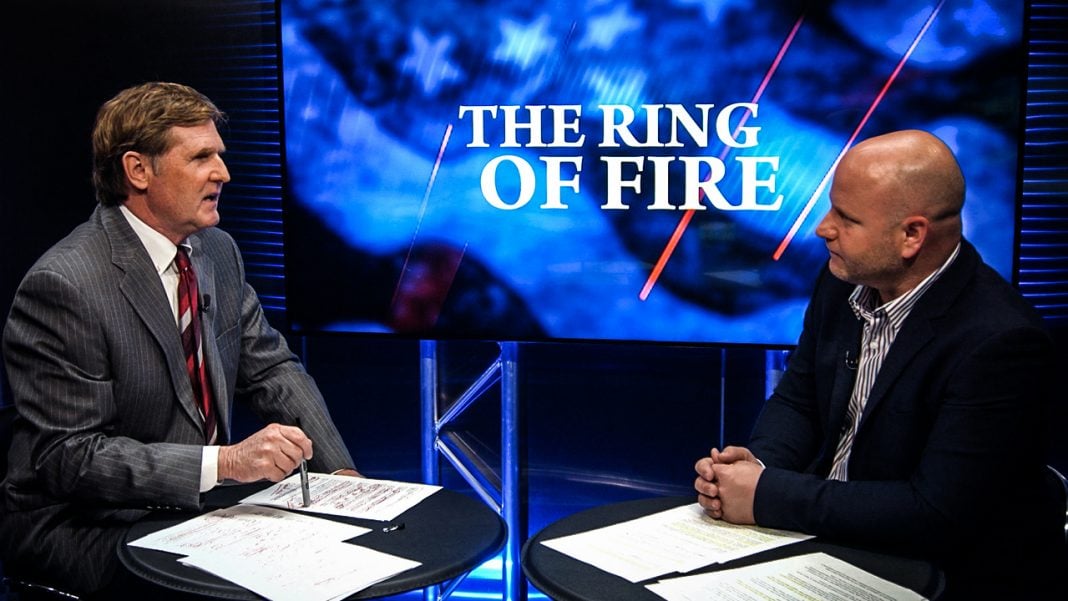 Lawyers for Bill Cosby are seeking to replace the judge overseeing Cosby’s sexual assault cases because the current judge’s wife is an advocate for sexual assault victims. Ring of Fire’s Mike Papantonio and Farron Cousins discuss this.

Mike Papantonio: Lawyers for Bill Cosby are seeking to replace the judge that’s overseeing Cosby’s sexual assault cases because the current judge’s wife is an advocate, according to them, is an advocate for sexual assault victims. Let me look at this case. If you want my opinion on it, it was this judge going to be recused. They’ve asked that this judge recuse himself because his wife works as an advocate for this organization, a women’s organization that actually supports the idea of everything we should support, and that is we don’t beat people. She’s donated money to that group, so what? I look at this. They’re going to lose this. Cosby is going to lose this.

The movement to recuse this judge is just going to make the judge angrier, and they’re going to lose this motion. I’ll tell you why. The law is pretty good on the idea that if the judge doesn’t have a financial interest, or the spouse doesn’t have a direct financial interest that somehow ties up to the judge, it’s not going to be a recusal. You can’t recuse a judge because a spouse has an ideological difference from the moving party. You can’t say, “This is going to be tragic, we got to get rid of this guy.” There usually has to be some type of financial connection, but ideological views, you’re just not going to do this. What’s your take?

Farron Cousins: I agree. This is a delay tactic by Cosby’s lawyer [crosstalk 00:01:28]. Honestly, I think part of what they are hoping, and I almost hate to phrase it like this. They understand that Bill Cosby, obviously, he’s not long for this world.

Farron Cousins: He’s not long for this world, and they are trying to protect his reputation. If he gets a conviction anytime in the next few years, that is going to be the last legacy of this man whereas if he passes before a conviction takes place, that will technically not be on his record. You’re not going to look back on that. People are going to remember it, but the bad stuff fades after.

Mike Papantonio: What this is to me as I look at it is if I’m defending Cosby, I’m trying to set up another appellate issue. This becomes an appellate issue. Judge should have recused himself, we moved for him to recuse himself. The judge created error by not recusing himself. It’s an appellate issue, it’s more delay. You’re right about Cosby though. Cosby is not just Bill Cosby, you understand. Cosby is a brand. The Cosby brand is what the number crunchers are worried about. They’re worried about if he gets a conviction, how are we going to show reruns of the Cosby Show? How are we going to make money on that? It’s still coming down to money when it’s all over. This is a sidetrack. The chances of it succeeding, I would put at zero.

Farron Cousins: Right. When you look at this, the lawyers are essentially having to argue, look, this judge can’t be the judge because his wife doesn’t think that it’s okay for women to be raped and is working with the University of Pennsylvania team to help people on campus who have been sexually assaulted to come forward and get heard. It’s a pretty crazy argument to make, that somehow that makes this a biased case. I don’t think there’s too many people that think sexual assault is a good thing.