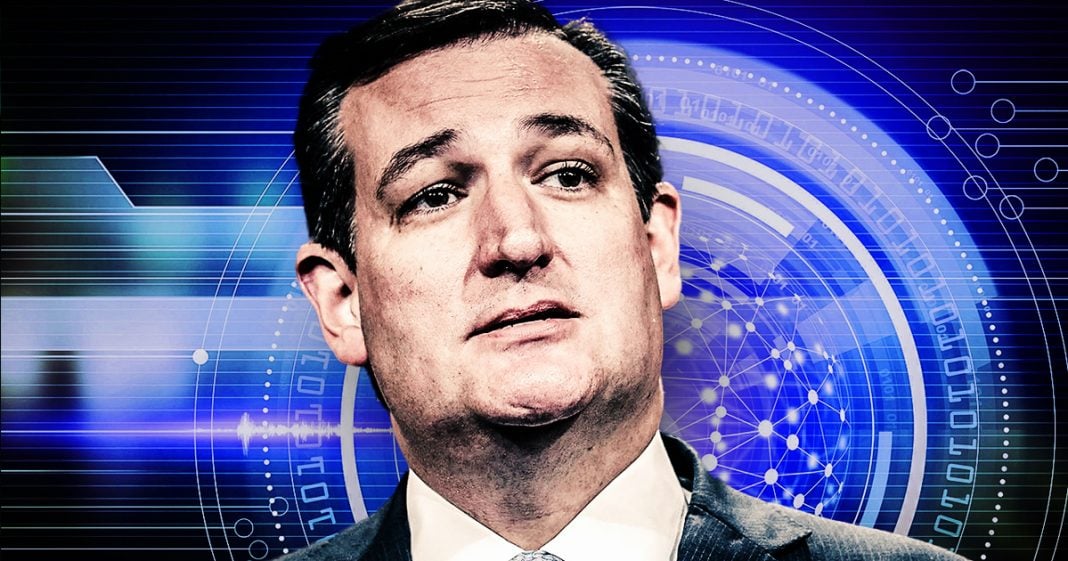 Republican Senator Ted Cruz was recently confronted by a constituent who was concerned about his dangerous stance on healthcare and his desire to repeal the Affordable Care Act, so the woman asked Ted if he would be willing to submit to a DNA test to prove that he’s actually human. After repeated attempts to get an answer, Ted continued to refuse and thanked the woman and walked away. Ring of Fire’s Farron Cousins discusses this.

On Wednesday of this week, Ted Cruz got a bit of an unwelcome surprise when he was confronted by a Texas woman, one of his own constituents, who wanted to ask him about health care, but also wanted to ask him another very pertinent question. Take a look at the exchange.

Texas Woman: I just want to read what I want to ask. I’m a woman over 50, who as of February 7th, has seven active preexisting conditions. I’m not counting being female and a survivor of abuse. I purchased my individual policy on the health insurance marketplace. If you force me to, either course will either bankrupt me or kill me. I take this record of medical impression personally and seriously, and I can assure you, I’m not the only Texan who does.

My question is, will you pledge to submit to a DNA test to prove that you’re human?

Ted Cruz: Well ma’am, thank you for that. One of the great things about our democratic system is that we can treat each other with respect and civility.

Texas Woman: Is that a yes or a no?

Ted Cruz: Ma’am, if you want to engage with insults, that’s your prerogative-

Texas Woman: No. It’s a yes or no question.

Ted Cruz: … but I’m not gonna respond to it. Thank you for being here, ma’am.

Ted Cruz: Thank you for being here.

So here’s what gets me about this, is Ted Cruz easily could have said something like, “If I have DNA, obviously I am a human being, so that nullifies the need for the test.” He could have been witty, he could have been smart, he could have just said, “Yeah, sure, name the time and place and I’ll go prove I’m not a robot.”

But he couldn’t. He couldn’t. He tried to demean this woman who as she explained in the video, seven preexisting conditions, she’s a survivor of abuse, she gets her health insurance on the individual exchange from the affordable care act, and Ted Cruz wants to get rid of it, which is a very inhuman and inhumane thing to do.

I think this woman had every right to ask Ted Cruz if he is in fact a human being, because we’ve seen too much from Republicans over the last few years that would indicate that they have no soul, no empathy, and basically are emotionless robots.

Hell, Ted Cruz won’t even defend his own wife against the attacks that Donald Trump has levied against her. Incredibly inhumane. Ted Cruz is facing a massive battle in his reelection fight this year, and I hope for the sake of not just Texas, but this entire country, that Ted Cruz gets his ass kicked in this election, because that’s what we need.

Ted Cruz should submit to a test to find out whether or not he is in fact a human being, because as it stands right now, and that’s what this woman in Texas was trying to point out, all signs point to Ted Cruz having absolutely no human emotion, no human dignity, no empathy to speak of, and no respect for his own family. That might actually classify him as a robot.