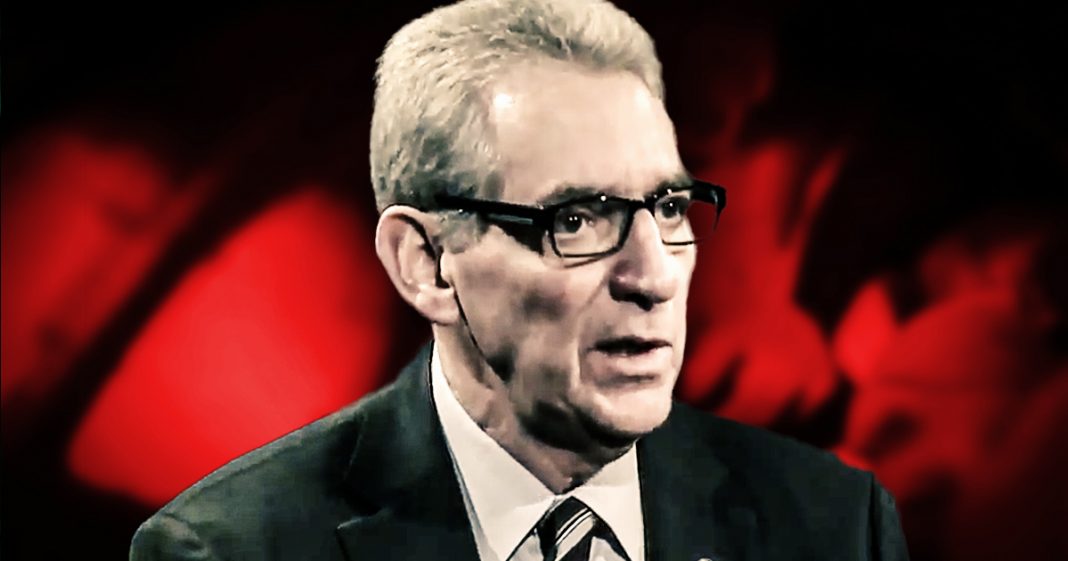 A Republican candidate for Lieutenant Governor in Idaho said that he believes women who get abortions should be punished severely, and when pressed by reporters, he said that the death penalty should certainly be an option. The candidate, Bob Nonini, believes that his Catholic faith drives his hardline stance against abortions, but he’s just using that as a cover to participate in the GOP’s war on women. Ring of Fire’s Farron Cousins discusses this.

Republican Bob Nonini from the state of Idaho, who has served as a state senator for, I believe, three terms, is now running for Lieutenant Governor in the state of Idaho, and recently, he was asked by reporters about his stance on abortion. Nonini has been a hard-core, anti-abortion, anti-choice activist during his time in office, so as Lieutenant Governor, what would he want to do?

One of the things he said is that he wants stricter penalties. “We can’t just go after the abortionists,” as he calls them. The rest of us would call them doctors, but he says we also have to punish the women. When reporters asked if that would include the death penalty, he nodded. So, Bob Nonini, and this is not the first time he’s said this throughout his career, is in favor of the death penalty for women who have abortions in the state of Idaho.

Let’s get one thing straight right off the bat. Nonini, who allegedly, based on his own admissions of his Catholic faith, values human life above all else, wants to kill people because they terminate a pregnancy. Maybe their life was at risk from it. Maybe they were raped. Doesn’t matter in the eyes of Nonini. If you terminate a pregnancy, we’re going to kill you because that’s what a good Christian would do, right, Bob?

Yeah. That’s not how it works, and I’m getting really sick and tired of the fact that Republicans like Nonini, like so many of the ones in Washington, D.C., decide to cherry pick which parts of the Bible they actually want to follow. I mean, the word abortion is actually not mentioned in the Bible, but very few passages or mentions of the unborn in the Bible, whereas taking care of the sick, healing them, giving food to the hungry, clothing the naked, housing the homeless, those things are actually mentioned quite often in the Bible, yet these people don’t seem to care about human beings once they leave the fetus.

If you’re in the womb, you have all the protection in the world by these right-wing Republican lawmakers, but once you pop out of a womb, hell, you’re on your own. “You better go find a job, you lazy little infant, newborn. Do something. Contribute to society, you piece of crap.” That’s how they are. And now they want to kill people for allegedly killing people, which, depending on when it is, is mostly just a cluster of cells, incapable of living outside of a human body, making it not a viable human being.

But that doesn’t matter. People like Nonini who want to use their faith to enforce these laws should not be allowed in American politics. That is 100% a violation of the separation of church and state, because when your faith dictates policy, that is the federal government preferring one religion over another, because not every religion out there has the same kind of beliefs as people like Nonini. Yet, if we’re making laws based on that, it would seem that the federal government would be offering support for that particular religion, and that would make these laws illegal, as Nonini himself has mentioned that it is his Catholic faith that drives him to want to murder women who terminate their pregnancies.