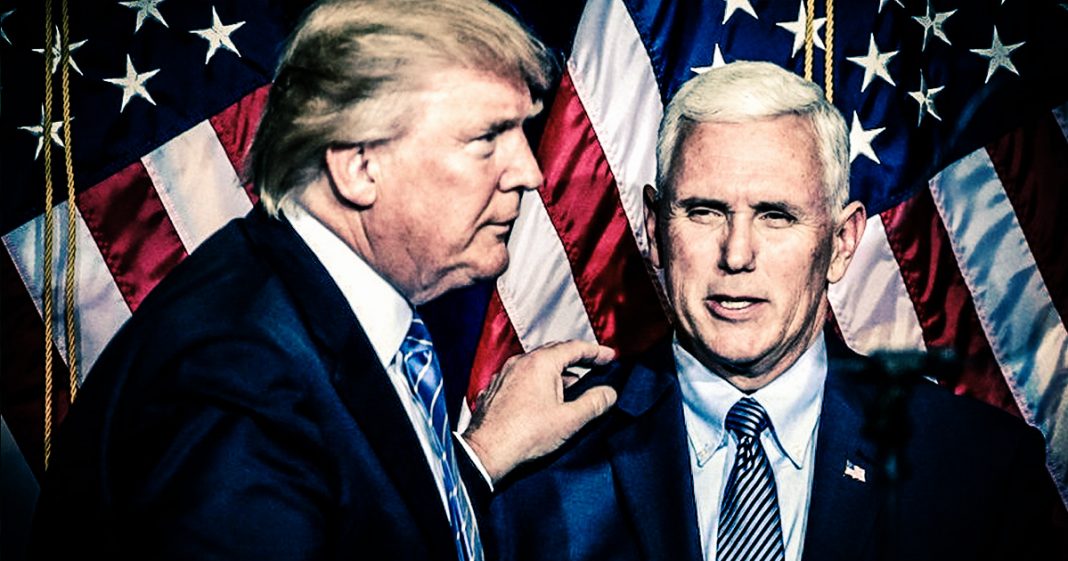 Republican Congressman Dan Donovan is furious that a post office in Staten Island has a picture of Barack Obama and Joe Biden hanging up, so he’s drafting legislation that would require post offices around the country to hang up portraits of both Donald Trump and Mike Pence. We’re moving closer and closer towards fascism, and the Republicans are either too stupid to notice or too callous to care. Ring of Fire’s Farron Cousins discusses this.

Republican Dan Donovan who is a member of the US House of Representatives from the state of New York is absolutely furious because someone told him that at a Staten Island post office, they had a picture of Barack Obama and Joe Biden hanging up in the office. Dan Donovan did what any rational thinking human being would do, and instead of just forgetting about it five seconds after you hear it, Donovan has now drafted legislation to force post offices throughout the United States to hang up a picture of both Donald Trump and Mike Pence.

He wants to legislate the kinds of pictures that post offices, which according to Donald Trump are failing and horrible and stupid, in post offices across the country. They have to hang up these pictures of the men who admittedly hate their organization, legislation drafted by a party that just a few years ago was trying to abolish the post office. Well, since they didn’t win that fight, guess what? You got to look at Donald Trump and Mike Pence’s stupid faces all day long because they’re going to be plastered on your wall because Dan Donovan was triggered by the fact that a Staten Island post office had a picture of Obama.

I think what’s really funny about this is is that’s what this is about. This guy was triggered, this precious, little Republican snowflake because one post office in one area had one picture of a former president. I mean, good god. I know conservatives like Tomi Lahren like to say that the Liberals are the triggered ones, but no. Really, your party is so pathetic and weak and just … I mean, you guys freak out over the dumbest shit imaginable.

Well, let’s go to the other point here. This is how fascism begins, folks. I mean, when we look at the footage of North Korea, and we see the cars driving by, they got the big picture of back then it was Kim Jong-un, the big picture on the back of the car and everybody saluting and waving and people crying when they see it go by. That’s where Dan Donovan wants here with Donald Trump and Mike Pence. We’re just inching closer and closer towards that every single day and it’s all because Donovan got his little feelings hurt because a Staten Island post office dared to have a picture of Obama and a picture of Joe Biden hanging in their office and so now the rest of the country, every post office might have to suffer with looking at Trump and Pence all day because Dan Donovan got triggered by a picture.