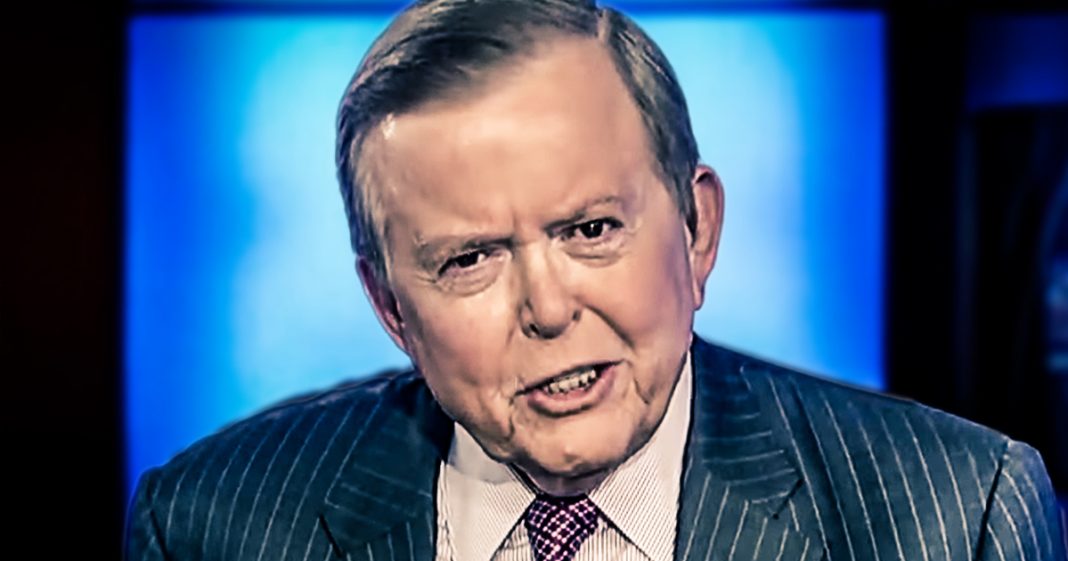 Donald Trump has decided that his actual advisers just aren’t good enough, and he has resorted to getting policy advice from Fox News hosts, according to new reports. Trump recently dined with Sean Hannity at Mar-a-Lago over the Easter weekend, and sources say that he also frequently calls Lou Dobbs during White House meetings and lets him talk to his staffers about issues like immigration. Ring of Fire’s Farron Cousins explains what this means for America.

According to recent reports, Fox News is absolutely calling the shots within the Trump White House. A few days ago on Easter weekend, reports came out showing that Donald Trump had dinner with Sean Hannity down in Florida, where Trump was vacationing for the Easter weekend. This is not the first time that Sean Hannity has dined with the President. Many months ago, he also went to The White House to dine with Donald Trump. That was actually during the very brief tenure of Anthony Scaramucci. And it gets worse than that because according to new reports, Donald Trump has been calling up Lou Dobbs from Fox News, gossiping, talking policy, and sometimes calling him during meetings, putting him on speakerphone so that he can listen in to and give his advice on, quote, “sensitive issues” about policy.

Now in case you’re not familiar with Lou Dobbs, let me go ahead and explain it this way. Lou Dobbs is a massive racist. He is one of the most anti-immigrant, anti-non-white people that Fox News has on their roster. The fact that he has the President’s ear on a very regular basis should cause fear for every American citizen. This is a man who wants the United States to be 100% white. He wants to get rid of anybody who came into this country seeking a better life just because of the color of their skin. That’s what we’re dealing with.

Sean Hannity, though maybe not as overtly racist, I don’t know what his racial leanings are but I think we all have a pretty good idea, he is also basically a crackpot. He has no idea about policy. He only wants to support the Republican team at any cost at all, and he is also talking to the President on a fairly regular basis about policy decisions here in the United States.

Fox News is running this country right now. Part of the reason is because Donald Trump himself is not smart enough to run this country on his own so he seeks out their advice because he thinks, because he sees them on TV, that they must know something about something but no, they don’t. We’ve seen him, morning after morning for the last year-and-a-half, live tweeting Fox & Friends, repeating everything they say as if it’s the gospel truth of the world.

Fox News is running the show at this point. Donald Trump is just their puppet. After decades and decades of spreading hate, divisions, misinformation throughout this country, Fox News finally achieved their goal, and that is to install one of their own as the President of the United States of America. And they’re keeping close tabs on him. They’re making sure that they give him the talking points that they want him to have. They understand that he watches that network 24/7. That’s why you see such favorable coverage on Fox & Friends. That’s why you see them talking about the issues that they want the President to go and do something about, because if he sees it on Fox & Friends or if Sean Hannity tells him or if Lou Dobb tells him during a Cabinet Meeting, he’s damn sure going to make sure that he does it.