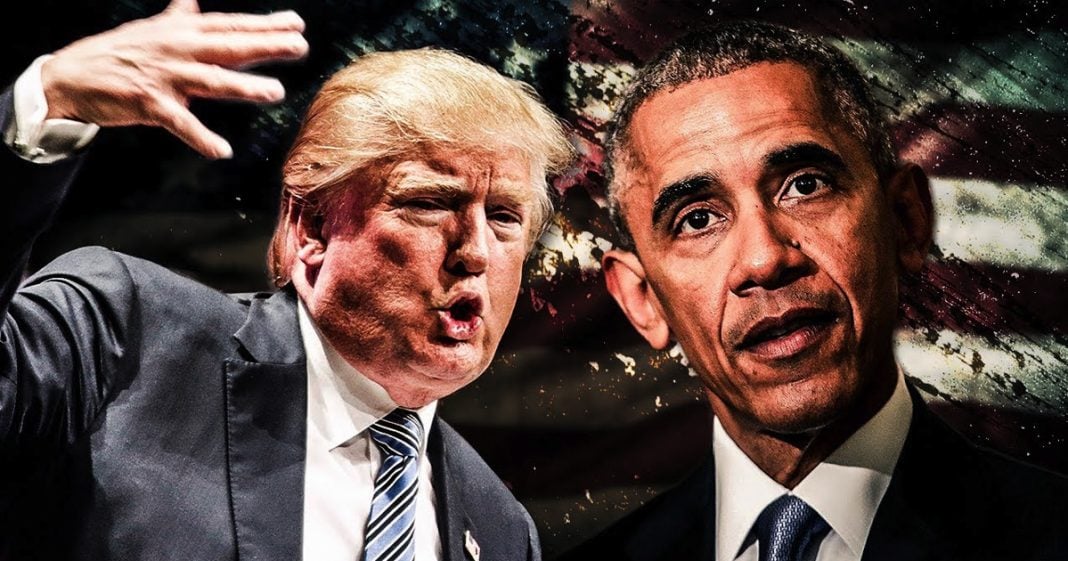 Donald Trump believes that he is more popular today than Obama was at the same point in his presidency. And that claim would be true if you only looked at Rasmussen and Fox News polling data, but polling averages for both Presidents show Obama with a 6 percentage point lead ahead of Trump. Ring of Fire’s Farron Cousins discusses Trump’s obsession with polling data and his never ending quest to be better than Obama.

Donald Trump on Tuesday tweeted out a thank you message to Rasmussen polling, because they finally have his approval rating at a staggering 50%. Now, Donald Trump continued, along with his congratulations, to talk about the fact that he has a higher approval rating than Barack Obama did at this same point in his presidency. And yeah, I guess technically that’s true, if you’re only looking at the Rasmussen polling. Or Fox News polling. But when you take an average of every poll out there, no. Donald Trump not only is not more popular than Obama, he is far, far less popular than Obama was at this point. Polling averages currently have Donald Trump at 41.8% approval, with a disapproval rating of 53.2%. Now, at this same point in Obama’s presidency, he had an approval rating of 47.8%, meaning he was six percentage points higher than what Donald Trump currently is.

But numbers, numbers, numbers. None of that really matters in the grand scheme of presidential administrations. But what does matter, is Donald Trump’s constant insistence that he is more popular than Barack Obama, or that he has accomplished more than any other president in history before him, except maybe Lincoln, as he said. Donald Trump is obsessed with comparing himself to his predecessors. And when he holds himself up against that Obama yardstick, that is somebody that he is never going to measure up to. Not as a president, not as a man, not as a father, and not as a husband. Barack Obama has Donald Trump beat, and will always have Donald Trump beat on all of those issues, regardless of what you think about the policies that Obama enacted, there is no way that you could look at both men and say, “Yeah, Trump is a better guy.” Absolutely not.

But Trump’s gonna continue, because that’s the only thing that matters to him. Poll numbers, approval ratings, TV ratings, things like that. He doesn’t care so much about the policies that he puts forward, just as long as that at the end of the day he gets to say, “Hey, I’m more popular than Obama, even though all of the evidence shows that no, I’m really not.”